Latest News
Home /These Asian economies seem to have contained the coronavirus outbreak. Here’s how they did it 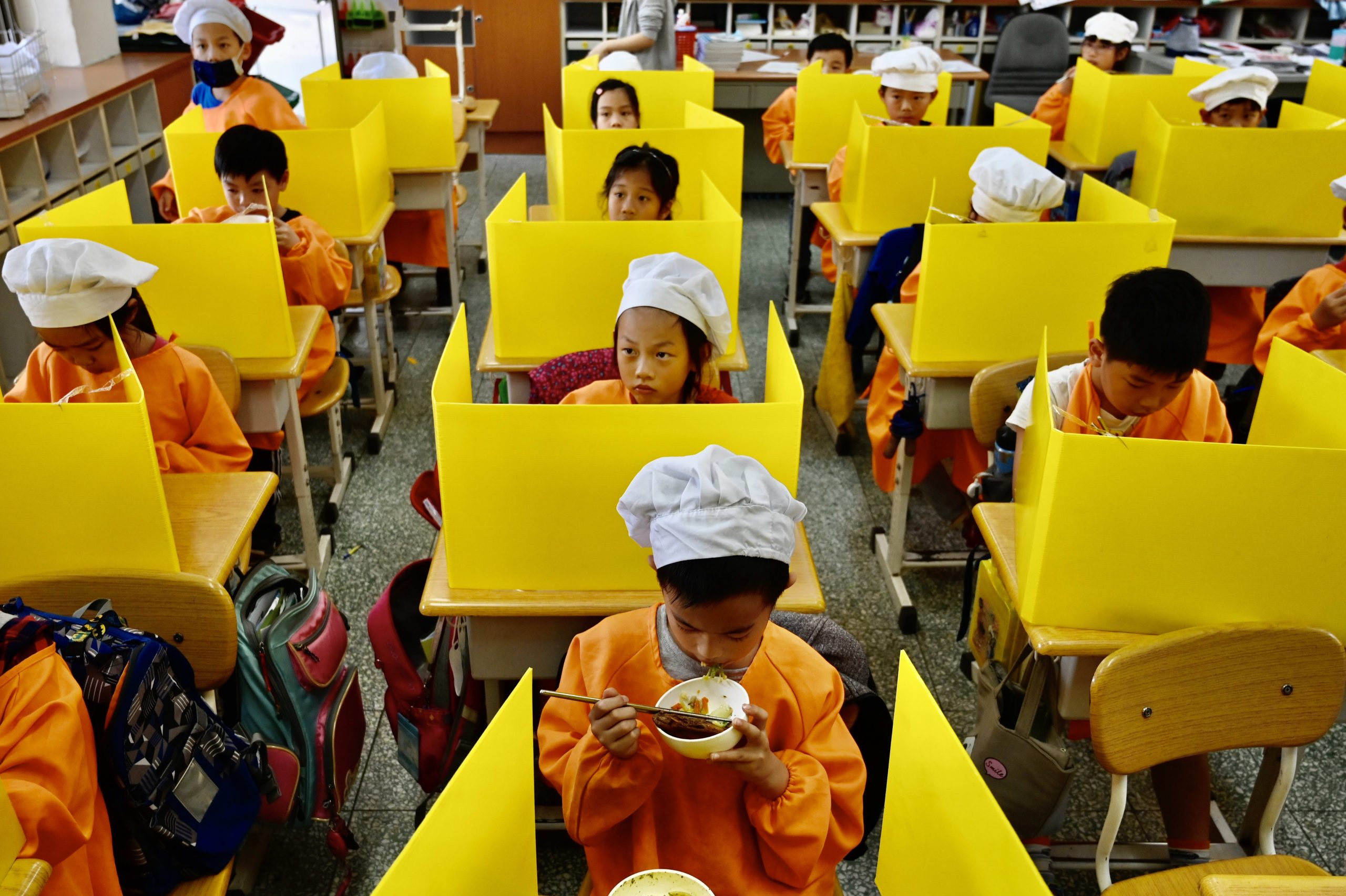 Students eat their lunch on desks with plastic partitions as a preventive measure to curb the spread of the coronavirus at Dajia Elementary School in Taipei, Taiwan on April 29, 2020.

Several Asian economies appear to have contained the spread of the coronavirus within their borders, with the number of daily new cases slowing to a trickle in the last few weeks.

That’s a feat that few globally have achieved even as an increasing number of countries and territories started winding down containment measures to get their economies going again.

Public health experts have warned governments against resting on their laurels because new outbreaks could resurface even after the virus appears to be contained â€” as seen in China and South Korea.

Still, some Asian economies such as Taiwan and Hong Kong have for many days over the past month reported no new infections, according to data compiled by Johns Hopkins University.

Those economies arrived at that stage via different routes, but experts pointed out that their governments were generally quick to enact containment measures and appeared to have learned from their experience handling the SARS outbreak nearly 20 years ago.

SARS, which stands for severe acute respiratory syndrome, first emerged in China in 2002 before affecting nearly 30 countries and territories, most of them in Asia, according to the World Health Organization.

The coronavirus disease, which has been formally named Covid-19, was also first detected in China. Since its emergence last December, the virus has infected more than 4 million people across 188 countries and territories, according to Hopkins.

Taiwan, a self-ruled island across a narrow strait from mainland China, is one economy that has avoided a large outbreak of the coronavirus disease. That’s despite its extensive air links with the mainland and not having access to vital information from the WHO.

A widely cited report published in March in the Journal of the American Medical Association attributed Taiwan’s ability to contain its outbreak partly to its use of big data and technology.

Specifically, the ways that Taiwan â€” which China claims as its province â€” uses technology include:

Those effort came on top of the Taiwanese government’s early decisions to close borders, ban exports of face masks and increase mask production domestically. Authorities encouraged the use of masks to reduce transmission â€” months before many others, including the WHO, recommended the same.

The effectiveness of those measures allowed Taiwan to avoid locking down its economy, with businesses largely operating as usual. Schools were closed for an extended winter break but reopened in late February with additional precautions in place.

Measures were tightened when the city â€“ a special administration region of China â€” experienced a surge in cases in March due to residents who returned from overseas. Authorities expanded Hong Kong’s testing capacity and closed gyms and restaurants â€” but stopped short of a lockdown or stay-at-home order.

Hong Kong has one of the highest testing rates in Asia. The 168,291 tests that it’s estimated to have conducted translates to around 22,448 tests per 1 million people, according to statistics site Worldometer.

But some experts said Hong Kong owes some of its success so far at containing its outbreak to its people who â€” among other things â€” started wearing protective masks early on even without any official directive to do so.

“Researchers studying Hong Kong’s approach have already found that swift surveillance, quarantine and social-distancing measures, such as the use of face masks and school closures, helped to cut coronavirus transmission,” read an article published in scientific journal Nature.

Earlier this month, the city started to reopen schools and other venues such as gyms, cinemas, and bars and pubs. The government also eased the limit on public gatherings from a group of four to eight.

As a frontier economy that shares a border with China, Vietnam has punched above its weight in the way it responded to the outbreak, experts said.

The country was among the earliest to tighten border controls in January. The government also imposed large-scale quarantines, as well as closing schools and some businesses such as gyms and restaurants very early on.

Experts said it helped that Vietnam is a single party and “pervasive surveillance” state with an informant culture. That allowed authorities to effectively monitor, identify and isolate potential cases without having to spend its limited resources on mass testing programs such as those in South Korea and Singapore.

Despite the low number of infections, the government ordered a nationwide partial lockdown on April 1 that required people to stay indoors, suspended public transportation and limited gatherings. But it was the first Southeast Asian country to start easing those restrictions from late last month.

But in recent days, Vietnam reported a spike in new cases involving citizens placed under quarantine after returning from overseas.