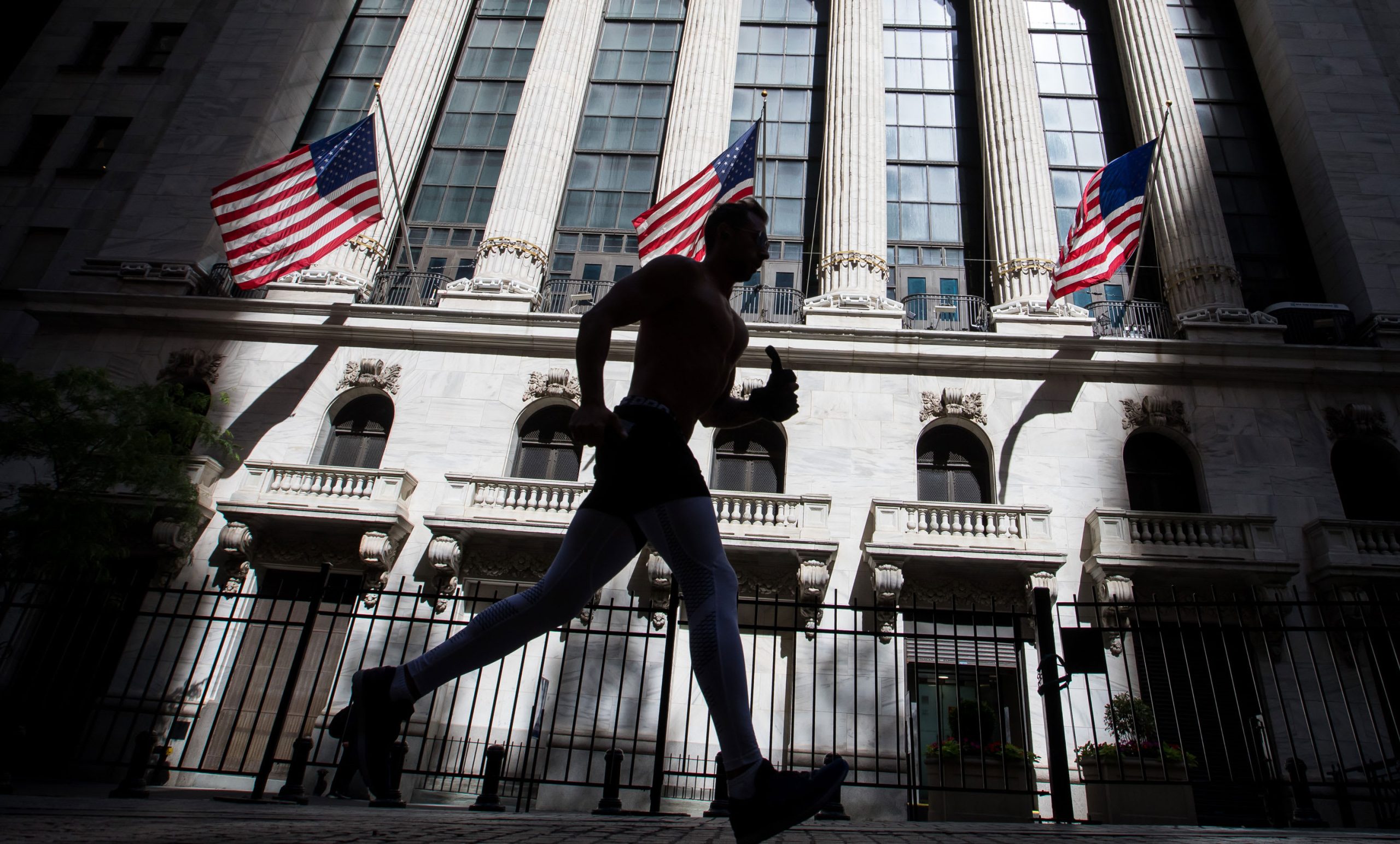 With the S&P 500 up more than 21% for the quarter so far, strategists are handicapping the likelihood that pensions and other funds and investors will sell some of their big stock market gains and buy bonds in the course of the next week.

Estimates of how much could move out of the stock market are wide ranging and JPMorgan analysts say if stocks lose ground as a result, it would be a buying opportunity. There’s also the chance that not much at all could happen, since some strategists say the volatility of month end and quarter end may have already been playing out in the equity derivatives markets, and investors could also have already been shifting stock holdings.

“The end of the quarter is going to be pretty interesting, given how much the market has moved during this quarter. There could be volatility here. We already witnessed it and there’s potential for more, as we move toward the end of Q2,” said Dan Deming, managing director at KKM Financial.

Bond strategists pay particular attention to the month end, which can bring about moves in fixed income markets as pensions and other funds and investors adjust their portfolios to bring asset allocations back in line. Quarter end makes it an even bigger event, and this quarter’s big move in stocks has some speculating there could be a sizeable move by pension funds into bonds, with some estimates ranging from $ 35 billion to $ 76 billion.

“We estimate that U.S  corporate pensions will move about $ 35 billion into fixed income,” said Michael Schumacher, director of rates strategy at Wells Fargo. He added that is the largest flow in the six years he has been tracking portfolio rebalancing.

“The reasons are pretty obvious. You had this massive rally in stocks and bonds haven’t been keeping pace,” said Schumacher. The S&P 500 is up 3.3% for the month of June. Schumacher said his estimate is based on the assumption that about 20% of the amount of imbalance will be traded at month end.

But JPMorgan analysts see an even bigger $ 65 billion rebalancing flow from U.S. defined benefit pension funds. But on a global basis, they say there could be $ 170 billion that could flow from equities, when considering U.S. corporate pension plans, mutual funds and other global institutions like Norway’s Norges Bank, which manages state funds.

“While we acknowledge the risk of a small correction in equity markets over the coming two weeks as a result of this negative equity rebalancing flow, we continue to believe that we are in a strong bull market in equities and any dip would represent a buying opportunity,” the JPMorgan strategists wrote.

Schumacher said after the “monster” stock market rally the pension outflows should be highest in U.S. large-cap stocks, followed by small caps and international stocks. He said if 10-year Treasury yields moved back toward June’s high of near 0.96%, and if stocks rise along with it, there’s potentially $ 50 billion that could roll from stocks into bonds.

“Three weeks ago, there was a move like that, so it’s conceivable. I would call that the upper bound. It could happen. Markets have been pretty weird so you can’t totally discount it,” he said. “There’s been more bizarre behavior in 2020 than in the last 10 years combined.”

Corporate pension funds likely returned about 10% this quarter, Schumacher said. He added that stock market gains have helped pensions improve their solvency rate by an estimated 0.6 percentage point, to near 85%.

Some of the quarter end adjustments are already showing up in derivatives markets.

“We saw futures get marked at a huge discount. It was such a volatile quad witching this time. When they rolled out of June into September … the futures, particularly the S&P September contract got marked at a big discount to where the index was trading,” said Deming. “Based on the price movement, it would appear that some market participants had to rebalance and or reposition their hedging because the market moved so much for the quarter.”

He expects there could be more volatility showing up in the stock market. “There’s a very high probability of window dressing and readjustment of positions,” said Deming.