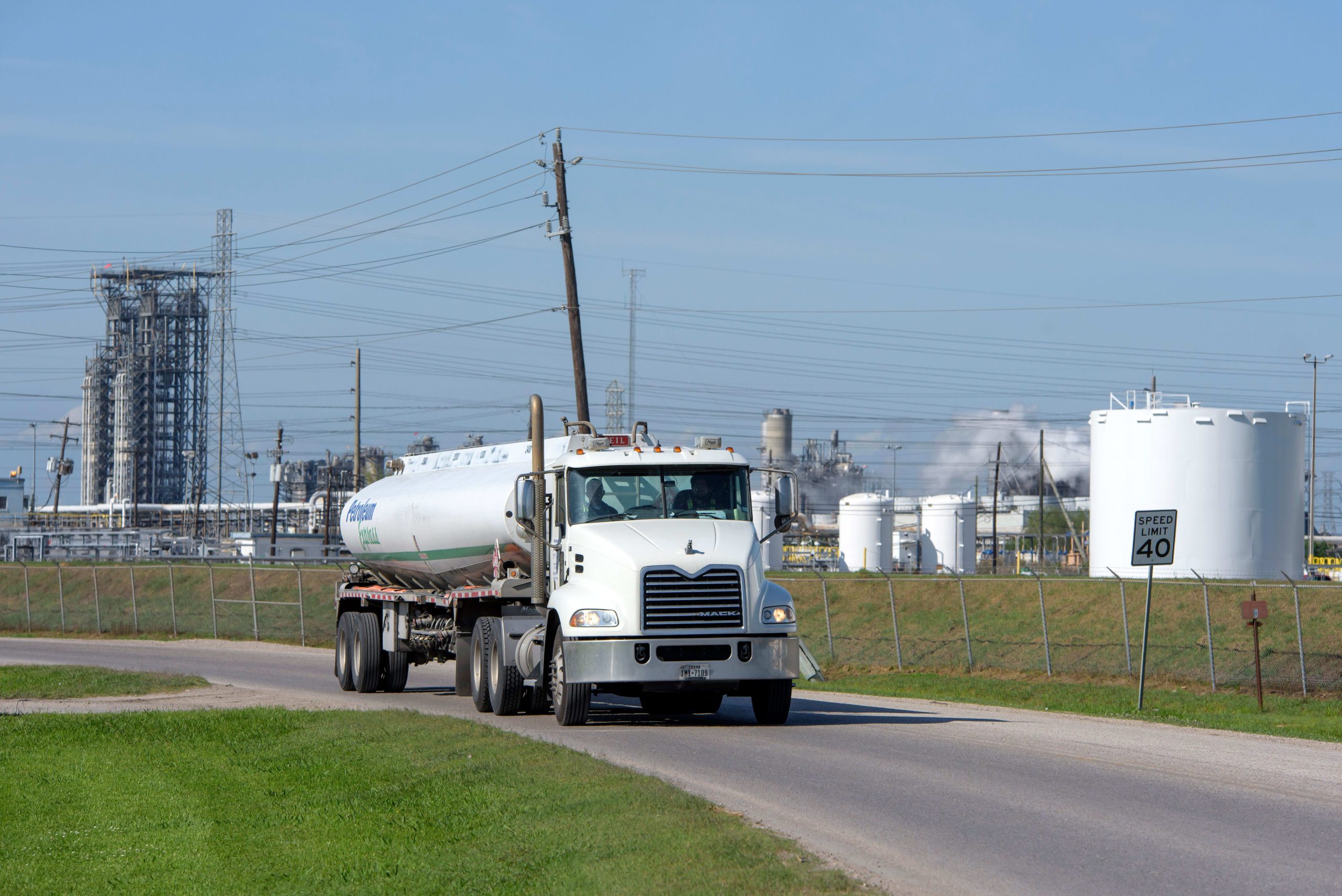 A truck drives past an oil storage facility next to the Phillip 66 oil refinery on April 21, 2020 in Houston, Texas.

An unprecedented collapse in U.S. oil prices has prompted energy market participants to reflect on the difficulty and costs of storing crude.

At a time when the coronavirus crisis continues to crush global demand, the world is awash with oil and quickly running out of places to put it.

It resulted in the May contract for U.S. West Texas Intermediate futures tumbling into negative territory for the first time ever on Monday. Remarkably, this meant traders were effectively having to pay to get oil taken off their hands.

The May WTI contract, which expired on Tuesday, settled at $ 10.01 a barrel. It had closed at a discount of $ 37.63 in the previous session.

Wild swings in the May contract for WTI this week were thought to have been exaggerated by its imminent expiration, leaving many concerned the situation could repeat itself when the June contract expires next month.

The contract for June delivery of WTI traded at $ 10.85 on Wednesday morning, down over 6%. It had plummeted more than 40% in the previous session.

Why is oil storage so important?

A global public health crisis has meant countries around the world have effectively had to shut down, with many governments imposing restrictive measures on the daily lives of billions of people in an effort to slow the spread of the coronavirus.

It has created an extreme demand shock in energy markets, with storage space â€” both onshore and offshore â€” quickly filling up.

In the U.S., the situation is thought to be particularly acute, with storage facilities at the country’s main delivery point in Cushing, Oklahoma expected to be full within weeks.

The Cushing storage hub was reported to be 77% full as of April 17, according to analysts at Goldman Sachs, with the last two-week builds “pointing to a stock-out by the first week of May.”

In short, U.S. oil futures posted their largest one-day sell-off ever on Monday as a result of an oversupplied market testing storage capacity, analysts at Goldman said.

Will companies consider shutting in wells?

President Donald Trump said on Monday that he would consider the prospect of preventing incoming Saudi Arabian crude oil shipments in an attempt to ease pressure on U.S. shale producers.

Trump also reaffirmed his intention to top up the country’s emergency fuel storage of petroleum.

With many oil tanks filling up, the U.S. Department of Energy is currently in the process of leasing some of the 77 million barrels of available oil space in the Strategic Petroleum Reserve, Reuters reported on Tuesday.

A pipeline at the Federal Strategic Petroleum Reserve in Beaumont, Texas.

The Trump administration had initially wanted to purchase the crude oil, but Congress has not yet approved the funding.

In any case, if storage tanks are full and it is not possible to store crude on floating tankers at sea, analysts expect producers to start shutting in wells â€” a process that can physically damage reservoirs and threatens the prospect of reviving future output.

Could WTI at Cushing cease to exist?

Among them, Varga pondered: Does the price point to a broken U.S. physical market? Will WTI at Cushing cease to exist as the main price market? And, was the carnage a one-off or is there a chance that the June contract will overtake the role of the expiring front month?

“One can only guess the answers,” he conceded.

Brent is priced on an island in the North Sea roughly 500 meters from the water, where tanker storage is accessible. In contrast, WTI is landlocked and 500 miles from water.

“This illustrates an important point,” analysts at Goldman Sachs said earlier this month. They argued waterborne crudes were likely to be “better positioned” than landlocked price grades â€” like crude oils in the U.S., Canada and Russia â€” because they had comparatively easy access to tanker storage.

Oil traders are scrambling to find alternative storage options for crude both on land and at sea, Reuters reported on Friday, citing unnamed shipping sources, with an estimated record of 160 million barrels of oil now held in floating storage on ships.