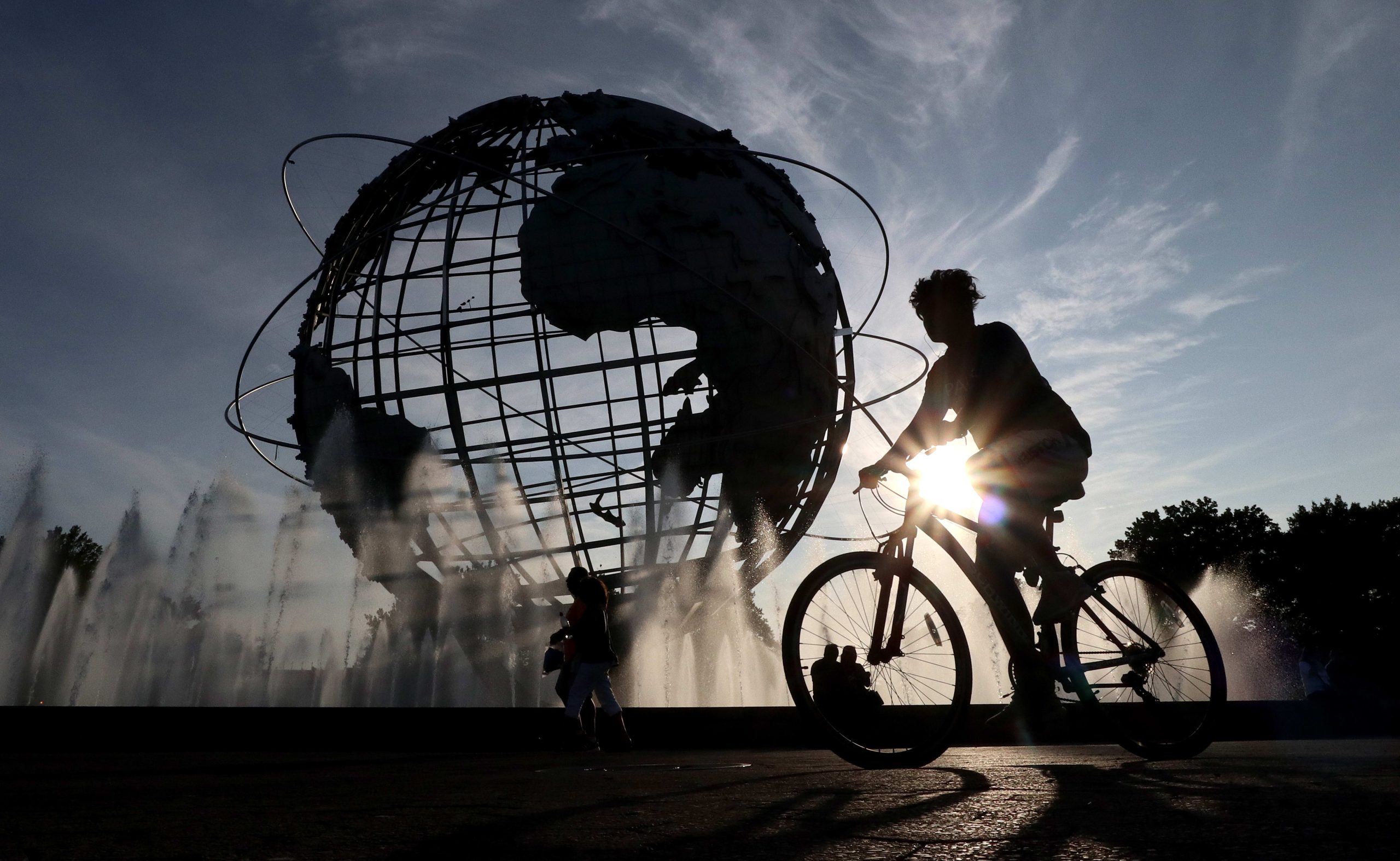 The coronavirus pandemic has altered society in immeasurable ways, including, of course, investing. Stocks that benefited from people staying home, such as Netflix and Zoom Video, outperformed expectations in the past few months, while retailers and airline companies, among others, saw their stocks fall off a cliff. And now some of those worst-performing stocks of March and April are staging a comeback, as economies begin to reopen.

But there could be a more long-lasting effect on Wall Street: Covid-19 may well prove to be a major turning point for ESG investing as the pandemic alters society’s values.

This investing approach, which evaluates a company’s environmental, social and governance ratings alongside traditional financial metrics, was already coming off a banner year, and its reach continues to expand. So far this year, U.S.-listed sustainable funds are seeing record inflows, despite the market turmoil.

And analysts and investors say that the pandemic â€” and the death and destruction left in its wake â€” will further prioritize investing with a conscience. But where once the “E” was arguably the most high-profile of the trio of considerations, a company’s social and governance attributes could become increasingly important as investors scrutinize corporations’ responses to the pandemic, as well as their viability looking forward.

“The rebound in civil society has been impressive, with an increase in volunteering, social cohesion, community support and focus on public good vs. private freedoms,” JPMorgan said in a recent note to clients. “We see the Covid-19 crisis accelerating the trend to ESG investment.”

Conscience aside, these funds are also attracting record levels of cash because they’re proving that they can offer comparable, if not market-beating, returns. The Nuveen ESG Large-Cap Growth ETF (NULG) has returned 10% this year, for example, while the iShares ESG MSCI USA ETF (ESGU) â€” the largest of its kind with more than $ 7.1 billion in assets under management â€” has returned 0.6% year to date. The S&P 500, by comparison, is down roughly 1% for the year.

This short a time frame does not a trend make, of course, but many of these funds have also outperformed their benchmark indices over the last year and even longer. Jon Hale, Morningstar’s director of sustainability research, noted that this is the first time these sorts of funds are being put to the test during a market downturn, and so far they’re holding up just fine. Sustainable investing has been around for decades, but the ESG fund boom has only really taken off over the last five years, meaning this corner of the market has yet to experience a recession.

“We expect increased investor focus on ESG considerations after COVID-19, with particular demand for greater corporate transparency and stakeholder accountability,” UBS said in a recent note to clients. “The crisis underscores the relevance of ESG considerations to company performance and investment returns, and we expect that this will continue to influence corporate and investor actions going forward,” the firm added.

Sustainability-focused funds attracted a record amount of capital in the first quarter of this year, even as the pandemic rattled worldwide markets. Global sustainable funds saw inflows of $ 45.7 billion, while the broader fund universe had an outflow of $ 384.7 billion, according to Morningstar.

About 80% of the money has gone into index funds, which means retail investors are likely behind the surge. “While exchange-traded funds are only part of the investment landscape, they are the primary destination for new retail investor flows, so seeing ESG-related funds take in so much capital in 2020 shows this theme is now catching a very large tailwind,” noted Nicholas Colas, DataTrek Research co-founder.

Over the last month the iShares ESG MSCI USA ETF (ESGU) has proved the most popular vehicle, attracting roughly $ 555 million in new investments, according to FactSet. Other popular choices include Xtrackers MSCI USA ESG Leaders Equity ETF (USSG), which saw inflows of around $ 503 million, while the iShares ESG MSCI USA Leaders ETF (SUSL) garnered $ 493 million in new capital. All three funds have returned between 9% and 10% over the last month, although they remain in negative territory for the year.

Before the pandemic, stakeholder capitalism â€” the idea that companies’ sole focus shouldn’t be deepening shareholder pockets â€” was growing in popularity. And the pandemic will likely accelerate this shift, with investors rewarding companies that responded to the crisis by focusing on long-term goals, rather than prioritizing near-term profit at all costs.

“This global pandemic has really put in pretty sharp relief the importance of how corporations treat their stakeholders, in particular their employees and their customers,” said Hale. “So much of even corporate value these days is based on intangible assets like your reputation, and I think stakeholders will remember how companies either rose to the occasion or failed to rise to the occasion during the pandemic and that will pay off for them down the line.”

Andy Howard, head of sustainable research at Schroders Investment Management, added that Covid-19 will likely spark increased interest in trends that have been building, such as employee protection. Since March more than 40 million people have filed for unemployment protection in the U.S., with minority workers typically faring worse. “That’s not a new trend; we’ve been talking about it for a while,” said Howard. “But effectively the coronavirus crisis is starting to crystalize some political actions trying to accelerate the reversal of some of those trends.”

Additionally, the virus-induced economic slowdown is exposing some of the perils of prioritizing policies beneficial to shareholders, such as buybacks and dividends. Some companies have already cut dividends as some of the hardest-hit struggle to stay afloat, and buybacks are also expected to slow this year. Longer-term, the “shareholder first” attitude may prove a thing of the past. Or as JPMorgan succinctly summed up: “COVID-19 is accelerating the trend of stakeholder capitalism and challenging shareholder primacy.”

There are many styles and approaches to ESG investing, including funds that mirror benchmark indexes, except with different weightings. One of the reasons the group has largely outperformed the broader market this year is that these funds tend to be overweight in technology names â€” the top-performing S&P 500 sector this year â€” while having underweight exposure to industrials and energy. The latter is the worst-performing sector this year, registering a loss of more than 30%.

Looking through the holdings of actively managed funds, RBC found that Microsoft was the most highly owned stock, appearing in 55% of funds. Alphabet and Visa were in 47% and 42% of funds, respectively, while Apple and Xylem rounded out the top five, appearing 35% and 34% of the time, respectively. Of the twenty stocks most commonly found in ESG funds, 75% are outperforming the S&P 500 this year, the firm found.

Meanwhile, according to research from Credit Suisse, Intel, Amgen and Merck are among the names that became more popular with ESG funds over the last quarter.

For investors looking for more cause-specific funds, there’s no shortage of specialized offerings, including the Invesco Solar ETF (TAN) as well as the SPDR SSGA Gender Diversity Index ETF (SHE).

A bull-market fad or here to stay?

As ESG has grown in popularity, so, too, have the criticisms around this style of investing. The inherently subjective nature of these qualitative metrics muddies the water. Some, including SEC Commissioner Hester Peirce, have called for greater oversight, while others say these purportedly “socially conscious” funds are little more than marketing.  “Complete fraud,” “joke,” “jargon” and “so ridiculous” are among the words Social Capital founder and CEO Chamath Palihapitiya has used to describe the growing trend.

Some also believe that socially conscious investing will prove to be nothing more than a bull market phenomenon. ESG investing took off during the longest bull record in history. When everything is going up, so the argument goes, some returns could theoretically be sacrificed. In other words, it’s a “nice to have” versus a “need to have.”

But the record capital that sustainable-focused funds continue to attract suggests that this investing style is here for the longer run. And companies with higher ESG ratings are proving that, in many cases, they are better-equipped to weather the storm. Analysts at Bank of America found that companies with below-median ESG scores have seen larger downward EPS revisions this year, while Morgan Stanley found that in years of market turbulence, including 2008, 2009, 2015 and 2018, sustainable funds’ downside risk was substantially smaller than traditional funds.

“Prior to this crisis there was a meaningful and increasing focus on ESG investing and it is likely that this focus will only increase following the coronavirus,” Goldman Sachs said. “In addition to the environmental focus, the emphasis on corporate responsibilities towards stakeholders, including employees and suppliers, is likely to grow. As a function of government intervention, or just moral persuasion, shareholder value in the form of share buybacks, and dividend payments may be less prioritized.”