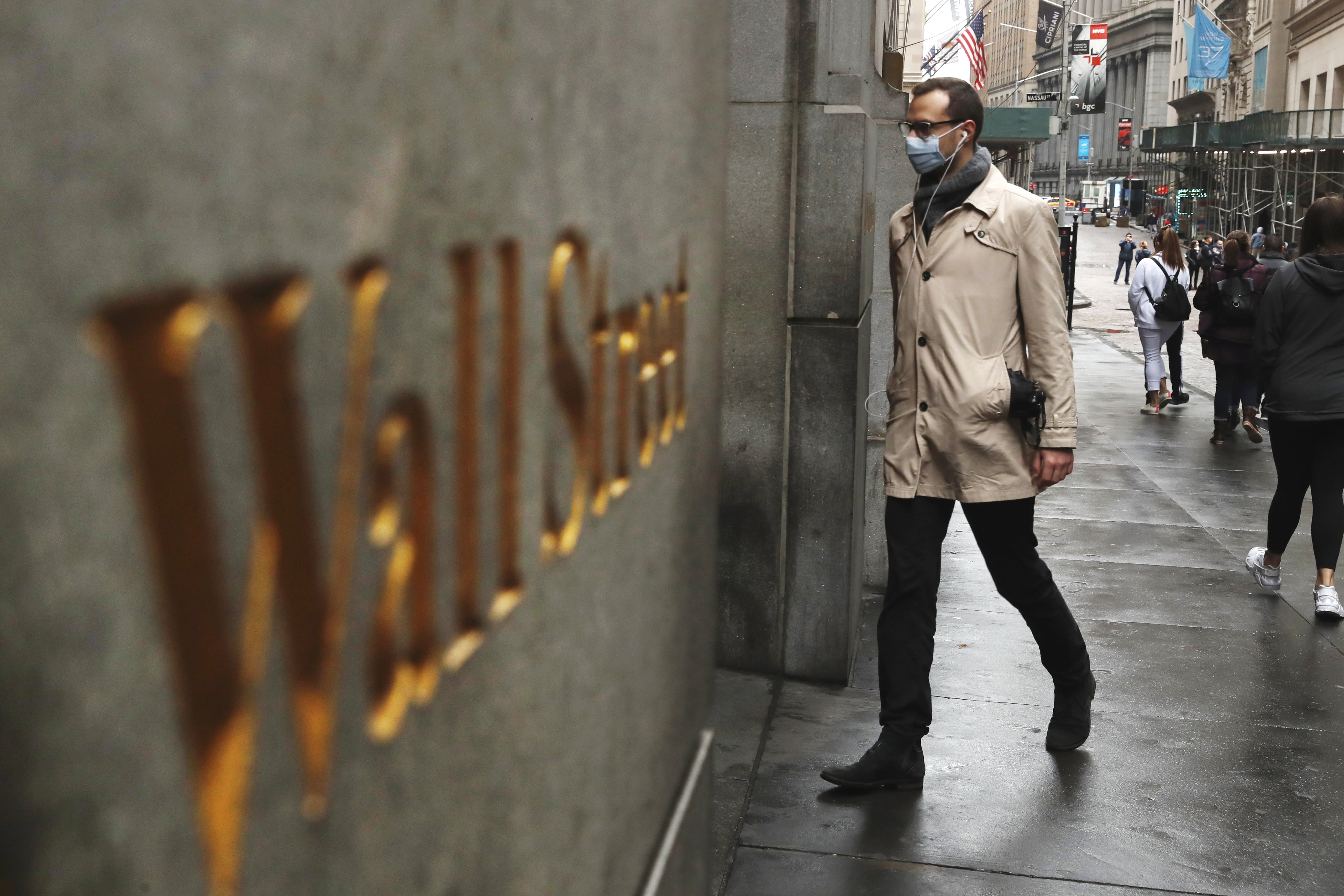 U.S. stock futures in early morning trade pointed to a largely unchanged open on Wednesday, continuing a volatile week for stocks gripped by the coronavirus shutdown.

At around 4:20 a.m. ET, Dow futures were 41 points higher, indicating an implied opening drop of about 11 points on Wednesday. S&P 500 and Nasdaq futures also pointed to a largely flat open.

On Tuesday, the Dow Jones Industrial Average fell 26 points or 0.1%, giving up a 900-point surge earlier in the day. The S&P 500 also registered a slight decline, falling 0.2%, having been up more than 3%. The Nasdaq Composite closed the day down 0.3% following a 3% rally.

“As [Tuesday’s] stock market shows, volatility is likely to remain for some time,” said Jim Paulsen, chief investment strategist at the Leuthold Group.

Some investors believed equities were getting ahead of the reality where coronavirus shutdowns are likely to weigh on the economy significantly beyond the second quarter. The major averages have rallied about 20% from their March 23 lows.

Goldman Sachs chief equity strategist David Kostin warned about a “bear market rally,” that appears like markets have bottomed but turns out to be premature.

“Risk to the downside is greater than the opportunity to the upside from this point where we stand today,” Kostin said on CNBC’s “Squawk on the Street” on Tuesday. “I would just remind you that in 2008 in the fourth quarter there were many different rallies, I call them bear market rallies, some of which almost 20% a couple of times â€” but the market did not bottom until March of 2009.”

However, Monday’s massive rally, where the Dow gained more than 1,600 points, showed investors are soothed by the first broad-based news that U.S. coronavirus cases appears to have fallen in recent days from their latest peak.

“If the curve is bending, for the first time, some time-line is coming into focus for restarting at least parts of the economy,” Paulsen added. “This means investors can start to reduce their best guesses as to how long this recession will last and even if the recession is very deep, if its duration can be shortened and known with some greater clarity, this would tend to raise the value of the stock market.”

JPMorgan’s market guru Marko Kolanovic said he expects a “limited” re-opening of the economy in two weeks.  True to his quant nature, Kolanovic  is looking at smart thermometer data and believes it is confirming the outbreak is peaking in the U.S.

“We believe we’ve seen a peak in new case growth in the US 3-4 days ago, and then deaths will peak in about a week, so we look for a limited reopening of the economy in 1-2 weeks,” JPMorgan global head of quantitative and derivatives strategy Kolanovic said. “And we think we will be able to recover the losses in equities sometime next year.

Still, the cases in the U.S., the world’s most affected country, topped 383,000 with at least 12,000 deaths, according to data from Johns Hopkins University.

On Wednesday, the Federal Open Market Committee publishes its meeting minutes from its March meeting.  In an emergency decision ahead of that meeting, the Fed cut interest rates to zero, for the first time since the financial crisis.

Although the Fed’s minutes shouldn’t be market moving, investors will get some insight into what the central bank is using as justification for its historic easing measures.