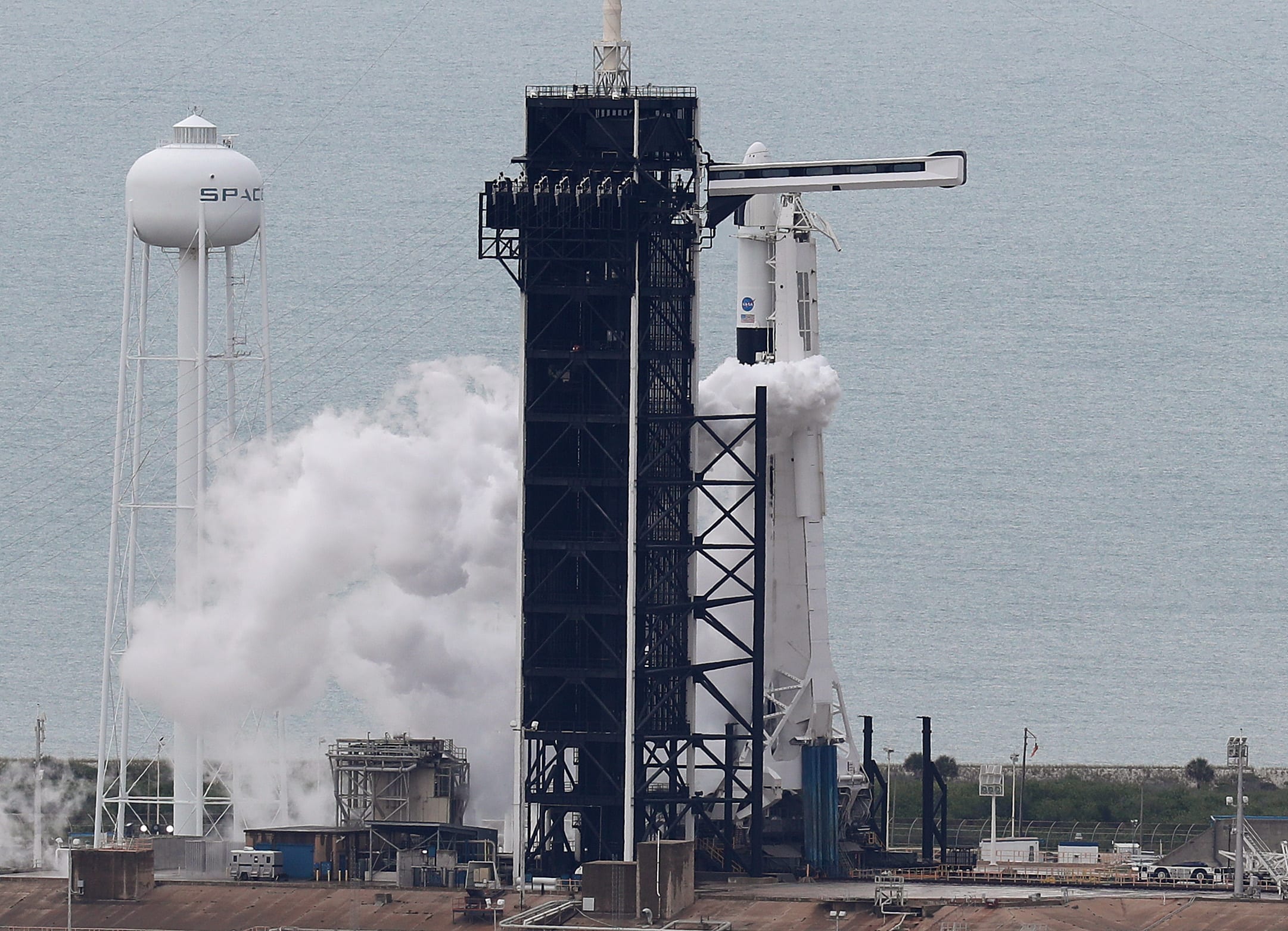 Moments before launching NASA scrubbed today’s launch of the SpaceX Falcon 9 rocket with the manned Crew Dragon spacecraft on launch pad 39A at the Kennedy Space Center on May 27, 2020 in Cape Canaveral, Florida.

This story is developing. Please check back for updates.

The SpaceX launch director decided on Wednesday to delay Crew Dragon’s Demo-2 mission about 20 minutes before its scheduled departure time due to severe weather in the region.

Officials postponed the launch out of an abundance of caution for the safety of the capsule and crew and recent severe weather developments off the coast of South Carolina. The rescheduled launch is set for Saturday, May 30.

In a tweet, NASA said, “we are not going to launch today.”

“Due to the weather conditions, the launch is scrubbing,” the space administration wrote. “Our next opportunity will be Saturday, May 30 at 3:22pm ET.”

SpaceX said in a similar tweet that it is delaying the launch due to “unfavorable” conditions.

Meteorologists have been tracking the progress of Tropical Depression Bertha as it made landfall east of Charleston, South Carolina over the last 24 hours.

Though the storm is expected to dissipate as it moves into North Carolina Wednesday evening, the SpaceX crew determined that the atmospheric conditions at the Kennedy Space Center in Cape Canaveral, Fla., were poor enough to warrant a postponement.