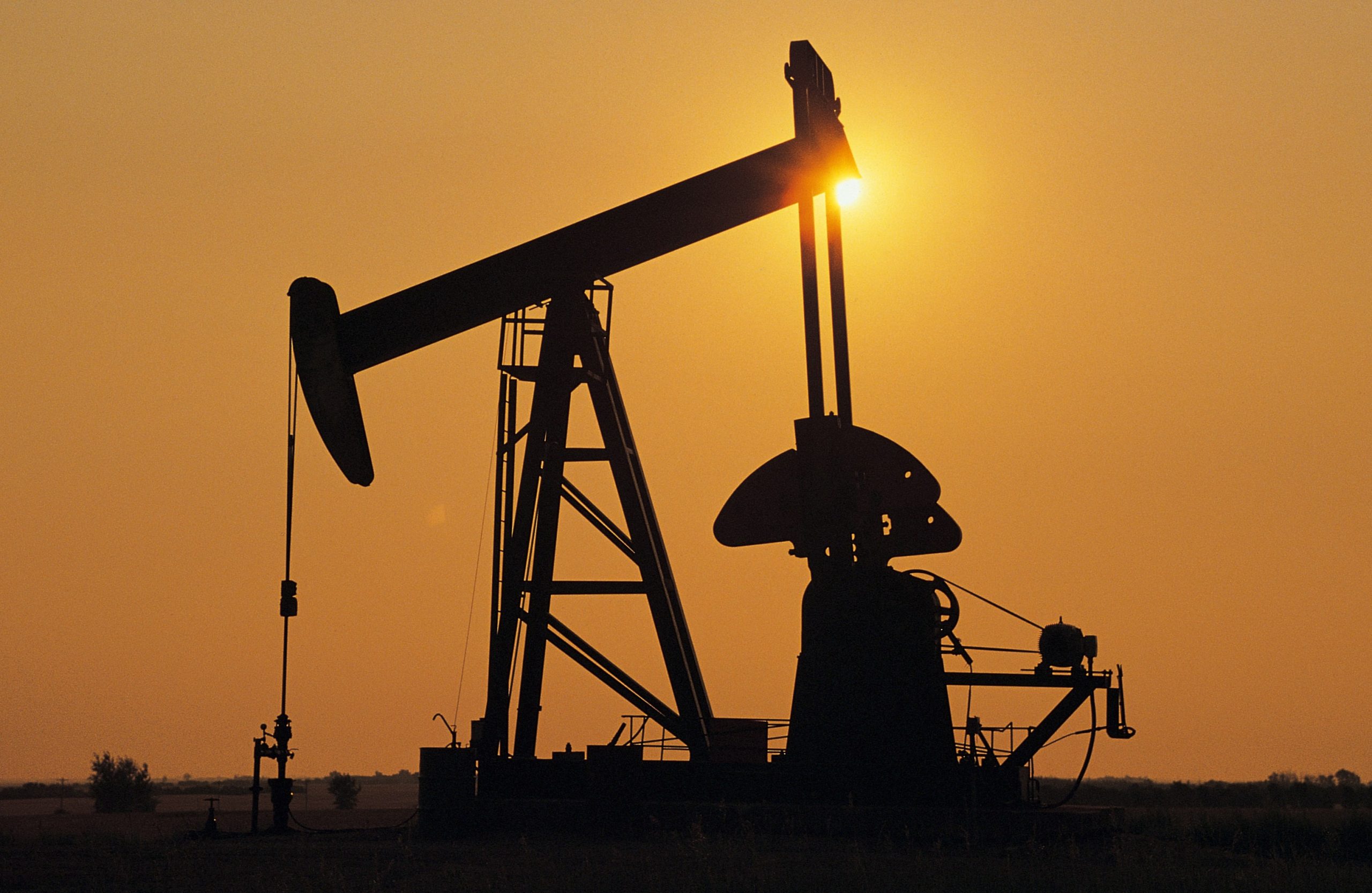 “Scary,” “unbelievable,” “so dramatic,” “unprecedented,” “very visceral”: These are among the choice words Wall Street veterans used to describe what was, for the oil market, a week for the history books.

On Monday, for the first time on record, West Texas Intermediate (WTI), the U.S. oil benchmark, plunged below zero and into negative territory. Before Monday, many thought this was impossible. Maybe, just maybe, it could drop to zero, effectively erasing all value. But negative territory seemed unimaginable, not least because it’s hard even to wrap one’s mind around it. Pay someone to take your oil?

Yet that’s exactly what happened. “It was a take-your-breath-away kind of scary moment,” said Rebecca Babin, managing director at CIBC Private Wealth Management. “It truly was like watching â€¦ a full speed train wreck. But you couldn’t stop watching.”

The coronavirus pandemic has sapped as much as a third of worldwide demand for oil, according to some estimates. Producers have continued to pump, but with air travel halted and people staying home there’s simply nowhere for this oil to go. Refiners certainly don’t want it. And worldwide storage â€” both onshore and offshore â€” is quickly filling up. Analysts warn that we could reach tank tops, or maximum capacity, in a matter of weeks.

Everything came to a head on Monday. WTI has a physical settlement, meaning that as the monthly contract reaches expiration, whoever holds the contract is due a physical barrel of oil. Traders, in an effort to profit from the differential, buy and sell contracts without any intention of holding them at expiration, while refiners and airlines are among those on the other side who actually want the oil.

The contract that plunged into negative territory was for May delivery. Demand isn’t expected to rebound any time soon. And with nowhere to put the oil, people were left scrambling and ultimately would do anything â€” in this case, even pay â€” to have it taken off their hands.

There are nuances, of course. For one, the May contract expired on Tuesday, meaning that trading volume was thin as it plunged into negative territory. By that point the contract for June delivery was much more actively traded and thus a better indication of where the Street viewed oil prices.

Negative prices themselves are also not completely without precedent. Natural gas, for instance, has traded below zero in the past, and in the physical market certain regional grades of crude were already trading in negative territory prior to Monday. And there were some traders who warned that, as storage filled, prices would continue to decline dramatically.

But it was still shocking, nonetheless, to watch the downward descent on Monday of the world’s most actively traded oil contract.

“This is an industry that I’ve been a part of for a long time now, and when it gets broken like that, or you get a really bad situation like that, it draws all kinds of unwanted attention and people getting hurt,” said Again Capital founding partner John Kilduff.

A slow and then sudden unwind

When the futures market opened at 6 p.m. ET on Sunday night, the WTI contract for May delivery traded at $ 17.73, or about 3% below its Friday settle price of $ 18.27. Oil was coming off its sixth straight day of losses, and its seventh negative week in eight. The nearly 20% decline for the week was especially notable since, only days before, OPEC and its oil-producing allies had agreed to a historic production cut that would take 9.7 million barrels per day â€” roughly 10% of global supply â€” offline. It wasn’t enough to assuage investor fears.

It turned out that $ 17.73 would be just a few cents shy of Monday’s high. By midnight eastern time WTI was trading in the $ 15 range. Selling continued in overnight trading, and at 8 a.m. prices had slipped to $ 11. Just after noon, prices dropped into the single digits.

“It was like watching a really bad traffic accident unfold right in front of you,” said Kilduff, who’s been in the energy industry for more than 25 years. “You knew there was going to be damage, even if it was thinly traded. â€¦ You knew somebody was on the other side of those trades, and you kind of got a little bit of a sick feeling.”

After prices entered the single digits, there would be no going back. At 1:51 p.m., WTI broke below $ 1, and at 2:08 p.m., less than a half hour before the settle, it fell into negative territory. Kilduff called it a “crossing the Rubicon moment.”

The selling didn’t stop there. Ultimately, the contract settled at negative $ 37.63.

That prices kept falling deeper into negative territory after crossing zero is what most surprised RBN Energy CEO Rusty Braziel.

“That’s what freaked everybody, was the fact that these guys were in such dire circumstances,” he said. “There was not a single soul that I have talked to that came anywhere close to predicting what happened.”

Braziel has been in the energy industry for decades, first as a trader and now as a consultant. While trading, he experienced his fair share of volatility â€” including the 1986 crash that sent oil prices tumbling below $ 10.

The heavy selling on Monday, rather than Tuesday when the contract was set to expire, was also notable, he said.

By Tuesday’s opening bell the May contract was back in positive territory, and steadily climbed higher to settle at $ 10.01. But it was the lowest settle on record â€” apart from Monday’s plunge â€” since the contract’s inception in 1983. For context, the previous “lowest ever” title was held by the $ 10.42 settle on March 31, 1986.

“The fact that there wasn’t going to be enough storage and that things could get really hairy around expiration was not a surprise,” said Babin. “But to the degree that it happened, and the speed that it happened, it was actually kind of scary.”

Part of Monday’s historic fall was certainly technical, as the financial and physical worlds collided. The volume was thin, and the majority of professional traders and funds that hold these contracts had likely already rolled their positions into later contracts. On Monday the June contract held steady above $ 20.

Despite that, the drop into negative prices cannot be dismissed as merely a glitch. For one, it shows the depths of the imbalance between supply and demand wrought by the coronavirus outbreak. “To put a fine point on the horrible economic situation we’re in right now with this pandemic, it was Monday’s trading,” Kilduff said.

It also shines light on the fact that zero doesn’t necessarily provide a floor for prices. Losses can be limitless in futures.

Brent crude, the international benchmark, has held up slightly better than WTI, since it prices in the North Sea â€” which affords it easier access to storage â€” as opposed to landlocked Cushing, Oklahoma, where WTI prices. “Slightly” is the operative word here, however, since Brent is hovering around a more than 20-year low. And WTI’s Friday settle price of $ 16.94 is hardly something to celebrate. At the beginning of the year it traded above $ 60. Less than six years ago it topped $ 100.

With prices this low, at a certain point producers will be forced to turn off the taps. A number of companies including Exxon, Chevron and ConocoPhillips have already announced production cuts, and additional cuts are expected.

The consequences could be especially severe for U.S. companies, since shale oil is harder to extract from the ground and therefore more expensive to produce. These companies are also typically loaded up with debt, meaning weakness can ripple through the broader financial system. Vital Knowledge founder Adam Crisafulli called the sector the “FANG” of credit, especially high yield. “Banks are intimately linked to oil,” he said in March.

Whiting Petroleum, once a large player in the oil-rich Bakken Formation, earlier this month was the first major company to declare bankruptcy. Analysts warn there could be many more coming.

Traders have speculated that retail investors, who might not have fully understood futures trading, could have been on the other side of Monday’s drop to negative prices. The U.S. Oil Fund, which trades under the ticker USO, has seen record inflows recently, suggesting that, as oil prices fell, retail investors wanted to get in on the trade.

On Tuesday brokerage firm Interactive Brokers said it lost $ 88 million as a direct result of the drop in crude, which saw some users incur “losses in excess of the equity in their accounts.” And Bank of China has reportedly suspended transactions for new crude positions, according to a report from Reuters, amid an uproar from those who lost money.

The Chicago Mercantile Exchange, known as the CME, handles WTI contracts, and CEO Terry Duffy argued that the exchange worked “to perfection” on Monday.

“We worked with the government regulators two weeks prior to making our announcement that we were going to allow negative price trading,” he said Tuesday on CNBC’s “Closing Bell”. “So [it] was no secret that this was coming at us.” He added that the exchange is not geared towards novice investors, but “professional participants.”

Even for those not directly impacted by Monday’s drop, the move still grabbed attention: everyone suddenly wanted to know what was going on. Kilduff said he heard from people he hadn’t spoken to in years.

“I think about how scary this is for retail, and how disconcerting this is,” added Babin, who’s been a trader for 20 years. “It shined a light on some of the weaknesses in the market that, as traders and professionals, we have come to rely on as being rock solid for so long. And then to see it so quickly kind of blown apart â€¦ it’s real and it could really hurt a retail investor.”

The natural follow-up question to negative prices is, of course, this: Will this happen again? Some analysts are saying it very well might, if storage continues to rise while demand stays depressed.

“Will we hit -$ 100/bbl next month?” Mizuho analyst Paul Sankey wrote in a note on Tuesday, to which he answered, “quite possibly.” “The physical reality of oil is that it is difficult to handle, volatile, potentially polluting, and actually useless without a refinery,” he added.

Meanwhile Goldman Sachs believes that global storage capacity could be full within 3-4 weeks, which “will likely create substantial volatility with more spikes to the downside until supply finally equals demand.”

If the June contract does dip to zero it will be a much more dire sign, Brazile said, than what happened this week, as it will show that the “supply demand balance in the United States is “completely out of whack.”

Looking ahead, there are still many question marks so long as the extent of the coronavirus pandemic remains unknown. But traders say that, longer-term, the production cuts, as well as an uptick in demand, should ultimately lead to price stabilization.

Babin, for one doesn’t see negative prices becoming the norm. “We don’t expect crude to be this explosive rocket V-shaped recovery, but we don’t expect it to trade negative continuously for the next several months.”