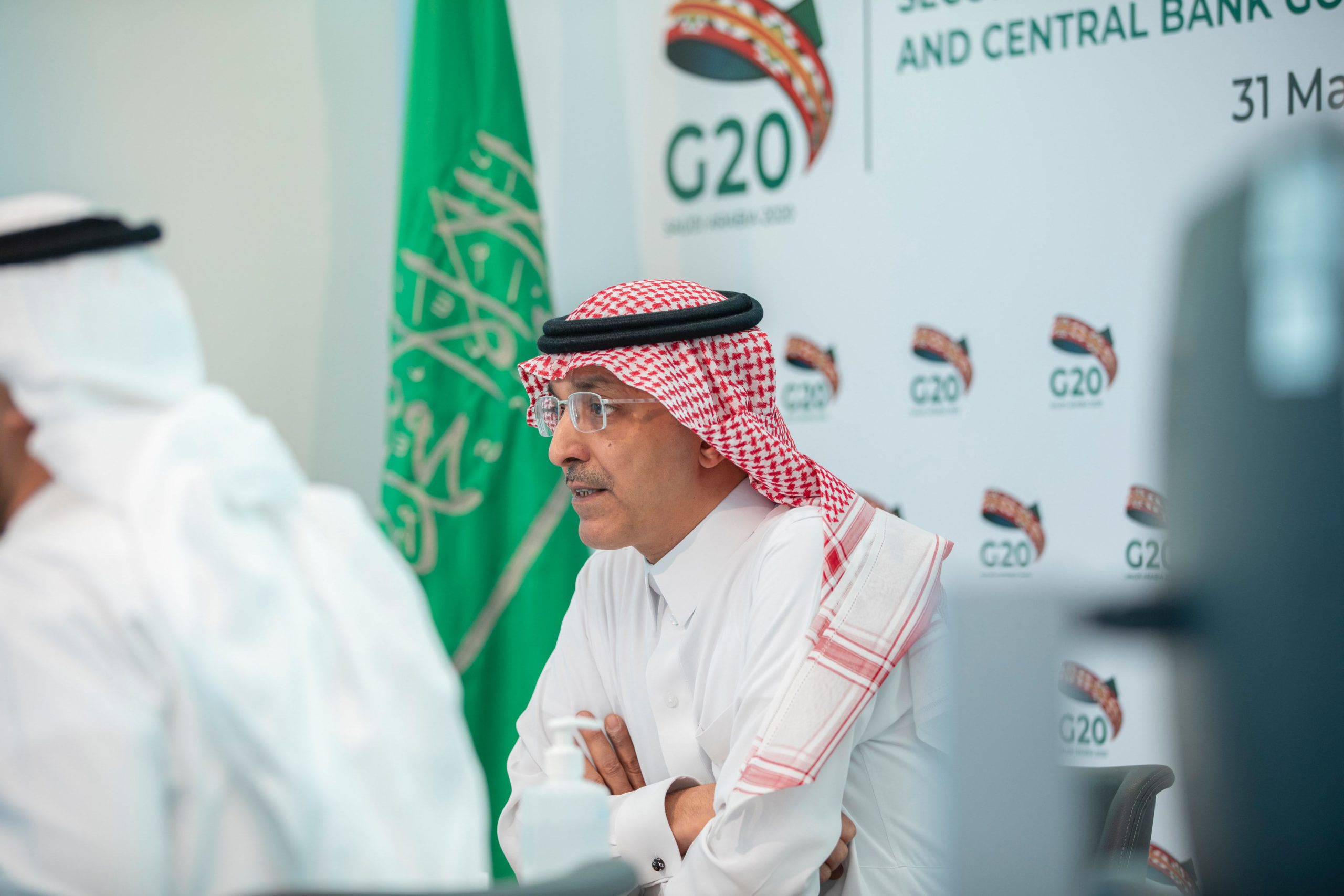 Saudi Arabia is preparing to enact “strict, painful measures” in the face of its worst growth contraction in two decades brought on by the twin shock of coronavirus lockdowns and low oil prices, its finance minister Mohammed al-Jadaan said in a sobering interview over the weekend.

The oil-rich kingdom, in the midst of historic social and economic liberalization, is going to have to slash projects and spending as it sees its foreign currency reserves shrinking at a record pace, its fiscal deficit widening and its risk assets deteriorating. Forecasts for GDP contraction this year are as steep as -3.2%, while ratings agency Moody’s downgraded the country’s sovereign outlook to negative from stable on Friday.

Aside from the risks to the kingdom’s fiscal strength from the pandemic and oil price shocks, further risks lie in “the uncertainty regarding the degree to which the government will be able to offset its oil revenue losses and stabilize its debt burden and assets in the medium term,” Moody’s wrote.

The striking change in tone from the minister, which just ten days prior was more vocally optimistic and spoke of the country’s resilience to deal with the situation, was not taken well by markets: Saudi Arabia’s stock exchange, the Tadawul, dropped more than 7% during trading the following day. While al-Jadaan in April suggested additional borrowing on international markets, this time he said that “all options for dealing with the crisis are open.”

“The list is extremely long,” the minister said of the cost-cutting possibilities. But likely high on that list are some of the multibillion dollar mega-projects in areas from tourism to infrastructure that fell under Crown Prince Mohammed bin Salman’s ambitious Vision 2030, meant to drive private industry and diversify the kingdom’s economy away from oil.

Still, despite facing what may be the greatest period of uncertainty in its modern history, Saudi Arabia is in a better position than most to weather this crisis. This is thanks to the sizable wealth buffers it’s built up over the previous two decades â€” including $ 473 billion in international reserves as of March, according to the Saudi Arabian Monetary Authority â€” the highest of any country in the Gulf and broader Middle East.

Saudi Arabia’s debts are also low by global standards, and it has easy access to capital markets for borrowing, as its bond issuances of the past two years â€” oversubscribed many times over â€” demonstrate. Its $ 7 billion bond issuance in mid-April reportedly saw some $ 54 billion in orders by investors.

“Though the outlook is challenging, Saudi Arabia has significant balance sheet strength on which it can draw to ensure that the fiscal deficit is adequately funded and the investment programme remains on track,” Ehsan Khoman, head of MENA research and strategy at Japanese bank MUFG, wrote in a note Monday.

“Stability will come at a cost, however, and we see public debt rising to 31.6% of GDP this year â€“ the highest level since 2005,” Khoman wrote, adding that MUFG expects foreign currency reserves to drop by $ 47 billion this year, though they will remain ample, accounting for nearly three years of import cover.

Analysts at Moody’s agree on the point of Saudi fiscal strength, despite the crisis and ratings downgrade, affirming its issuer rating of A1.

“Saudi Arabia’s A1 rating is supported by the government’s still relatively robust, albeit deteriorating, balance sheet,” Moody’s wrote, “which is underpinned by a still-moderate debt level and substantial fiscal and external liquidity buffers.”

The state’s vulnerability to low oil prices â€” down some 60% year to date â€” “is balanced by the sovereign’s very large hydrocarbon reserves and low extraction costs, which support economic resiliency even in a low oil price environment,” the ratings firm wrote.

Thanks to its massive foreign reserve stock, economists also don’t see a risk to the kingdom’s dollar peg. Still, “large fiscal deficits are likely to put pressure on the sovereign’s credit ratings and cost of funds, which could build vulnerabilities over the medium-term,” MUFG’s Khoman said.

“Cost cutting alone is not enough,” Fadlallah wrote on Twitter on Monday. “Fiscal policies need to be bold, break the cycle of boom/bust, and lead to profound change in an economy that’s still based on antiquated architecture. It requires vision and bravery.”