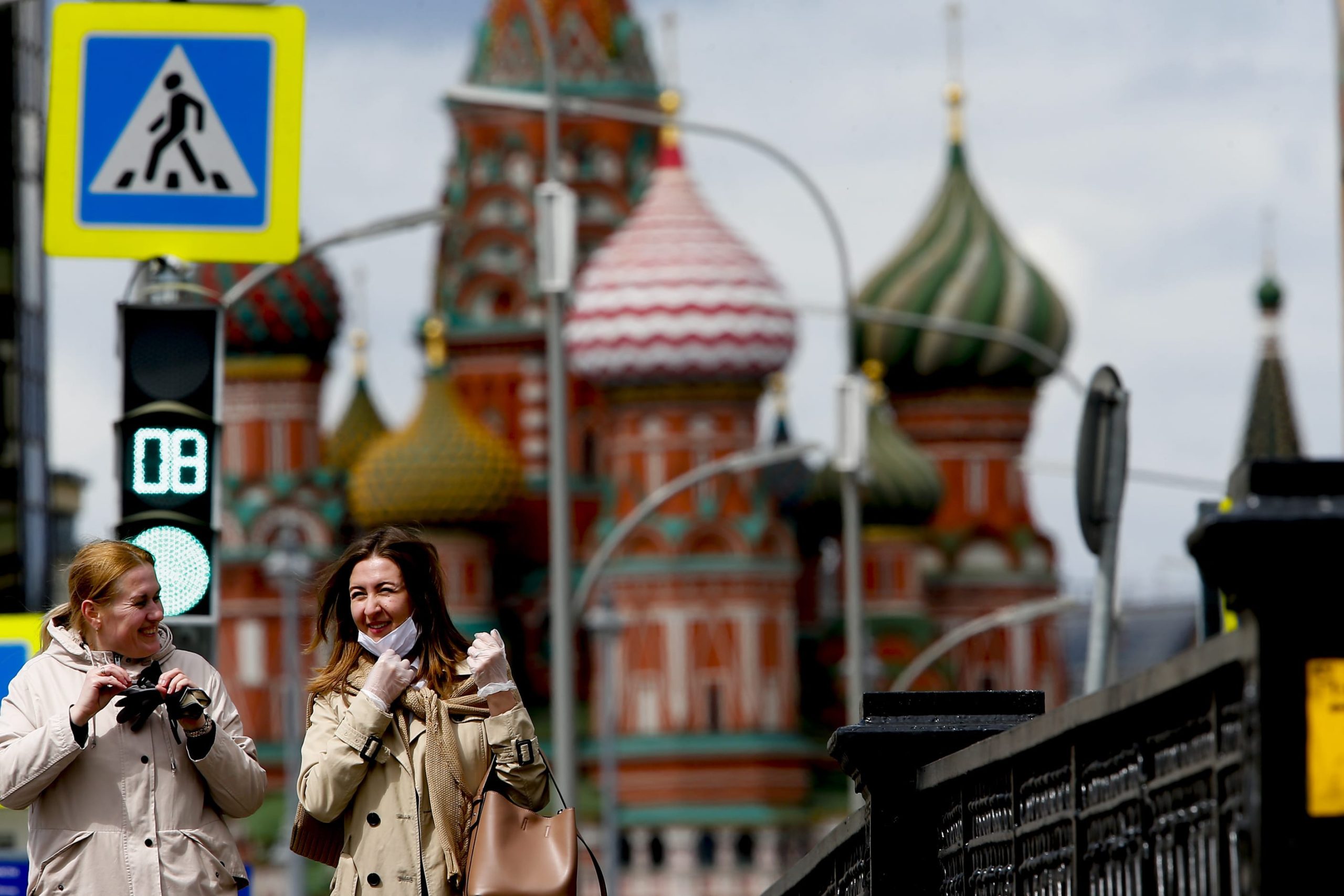 Women wearing a mask as a precaution against coronavirus walks at Pyatnitskaya street in Moscow, Russia on May 19, 2020.

Russia’s coronavirus cases surpassed 300,000 on Wednesday, cementing its position as the second-worst-hit country from the virus after the U.S., but there are increasing questions over the country’s low death toll.

Experts have questioned the accuracy of Russian data when it comes to the coronavirus, although the country has insisted that it is not under-reporting coronavirus fatalities.

Political analyst Anton Barbashin told CNBC that “there are many questions” relating to the number of people reported dead because of Covid-19 in Russia.

“It is safe to assume it is considerably higher than the official statistics indicate. Presumably in many of Covid-related deaths, a different cause of death is being registered (heart failure or some chronic illness). Moreover there are a lot questions to numbers regions provide … Thus numbers of Covid-positives and people dying from Covid could be much higher than reported,” he said.

Daragh McDowell, head of Europe and principal Russia analyst at Verisk Maplecroft, also said he believes the data underestimates the scale of the outbreak in Russia.

“The official infection rates and death toll are almost certainly severely understating the size of the pandemic. The authorities have effectively admitted this already â€“(Moscow) Mayor Sergei Sobyanin estimated the real number of infections in Moscow alone at 300,000 on 7 May,” McDowell told CNBC Tuesday.

While a lower number of infections is more likely to be due to technical limitations and resource constraints rather than any official attempt to cover up the scale of the outbreak, McDowell said, the low death toll is suspicious nonetheless.

“The low death rate, on the other hand, does appear to be a case of numbers being massaged. For example, in Dagestan which has suffered one of the worst outbreaks outside of Moscow, just 35 deaths have been reported out of 3,553 cases. At the same time over 650 deaths due to ‘community acquired pneumonia’ have also been recorded,” he noted.

Anton Barbashin, editorial director of Russian journal Riddle Russia, agreed that Dagestan is an example of a place “where the epidemic is going way beyond the reported picture.”

McDowell said he believed that in some cases, the under-reporting of cases and deaths was a result of local officials wanting to present Moscow with ‘good’ figures.

But Dmitry Peskov, President Putin’s spokesman, hit back at claims that the Russian data was inaccurate and insisted to CNBC that Russia is not misreporting virus fatalities.

“We conceal nothing,” he said in a statement to CNBC Tuesday. “(The) cause of death is identified by autopsy. It is autopsy that helps us count precisely, and on this basis (a) diversification of death causes happens. That is the difference between Russia and many Western countries, where they do not do postmortem examinations.”

While it’s true that how coronavirus deaths are recorded does differ between nations, Russia’s death toll is certainly low compared to its regional peers, at around 10% of the numbers seen elsewhere in Europe.

Germany has recorded a low death toll, which stands at 8,060 as of Tuesday, despite having over 177,000 cases, but it has attributed this to a combination of factors, ranging from early contact tracing, to having a sophisticated and recently modernized healthcare system.

Like most of its European neighbors, Russia implemented strict lockdowns in its major cities Moscow and St Petersburg, which will both continue until May 31. Russian President Vladimir Putin imposed a non-working period, which ended last week, to help contain the spread of the virus.

Meanwhile, regional governors were given the responsibility of implementing measures to contain the pandemic, rather than relying on direction from Moscow.

However, while there does seem to be a decline in new daily cases across the country â€” Wednesday marked the fifth day in a row that fewer than 10,000 new cases were announced â€” the coronavirus crisis is still a challenge unlike any faced by President Putin in his two decades in power.

Putin’s approval rating fell to 59% in April, down from 63% in the previous month, according to a poll carried out by the independent Levada Center in Russia. This figure could continue to fall as the living standards of most Russians are likely to suffer as the crisis hits the economy.

The Bank of Russia forecast in late April that Russian gross domestic product (GDP) will contract by 4-6% in 2020 before seeing a recovery in 2021.

Riddle Russia’s Barbashin said Putin’s rating is suffering because of the country’s inconsistent approach to tackling the coronavirus epidemic.

“First of all, most of (the) responsibility was passed on to Russia’s regions where in most cases the medical infrastructure is incapable of dealing with large number of cases. Heavy quarantine measures (like the ones in Moscow) were introduced too late and not always make sense,” he said.

“But the biggest downer for Putin is the economic catastrophe that is accompanying the crisis and (a) lack of proper response (Russian government is reluctant to provide for adequate financial assistance): what is being provided now â€“ is too little, too late.”

He added that the pandemic, along with the recent fall in oil prices, were “by far the biggest challenges to (Putin’s) popularity and the stability of the whole regime Putin had ever faced, at least in the past decade. Probably in the entirety of his 20 year rule.”