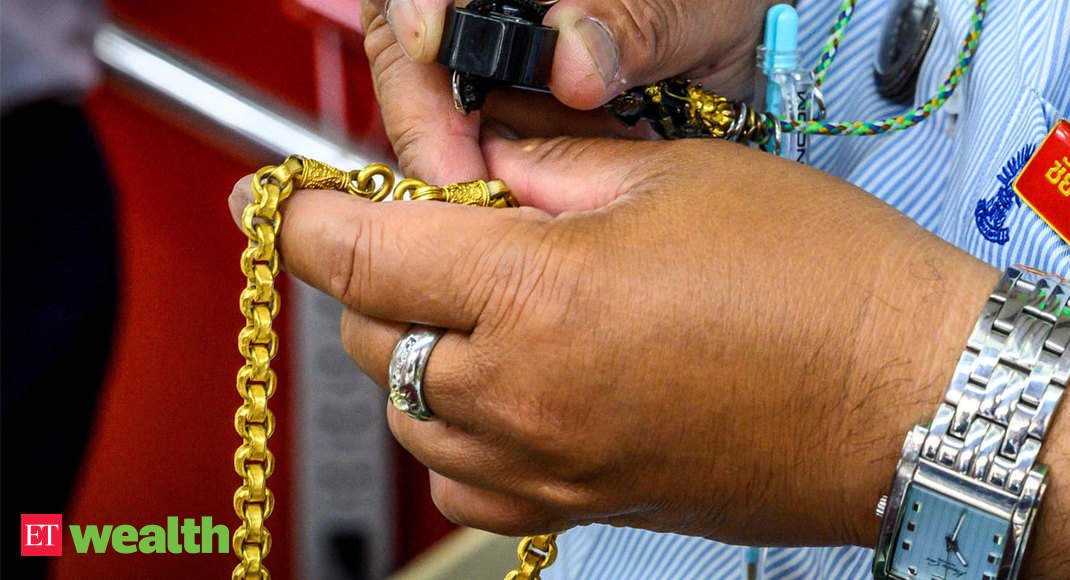 Indians may borrow more against their stash of gold as the worldâ€™s biggest lockdown raises financial stress in an economy thatâ€™s set for its first contraction in four decades.

Indians are the biggest consumers of gold after China and hold the largest hoard of the precious metal. Gold is both an insurance policy and a retirement plan in a country that lacks robust social welfare systems or widespread access to formal credit. And with economic activity coming to a virtual standstill after Prime Minister Narendra Modi ordered a 40-day nationwide lockdown to combat the coronavirus, more Indians are likely to turn to gold loan companies to raise money against the precious metal.

â€œRecycling and collateralized loans against gold may be expected to grow exponentially in the next few quarters,â€ P.R. Somasundaram, managing director for India at the World Gold Council, said in an interview. â€œThere will definitely be a strong growth in that area for two reasons: the prices are going up — they will get more for the same grammage — and the second is that banks are not going to be in a position to lend just like that.â€

The lockdown is seen pushing Asiaâ€™s third-largest economy toward its first full-year contraction since 1980. As cash flows of many companies dry up in the absence of any major fiscal support, manufacturing and consumption has suffered and many firms will be forced to cut jobs to curb costs.

â€œGold loans will be a great product,â€ Somasundaram said. â€œIt is possible that gold becomes a tool for revival of many small and medium enterprise businesses and household fortunes.â€

In India, banks were under pressure even before the outbreak, due to a shadow-banking crisis and a prolonged slump in economic growth. The country also has the worldâ€™s worst bad-debt ratio at traditional lenders. That loomed large earlier this year, with the biggest-ever bank failure in the country when authorities seized Yes Bank Ltd.

â€œOnce the lockdown is completely lifted and travel restrictions removed, we expect a good flow of customers to our branches,â€ George Alexander Muthoot, managing director of Muthoot Finance Ltd., one of Indiaâ€™s biggest gold loan companies, said in an interview. He expects growth of 5% to 10% this fiscal year from current assets under management of Rs 40,000 crore.

The company has raised Rs 6,000 crore in the last six months from global markets, and its liquidity position is comfortable, he said. The other biggest gold lender, Manappurram Finance Ltd., also expects to meet any increased demand for loans after having raised $ 300 million in January.

â€œDemand for gold loans may rise in the aftermath of the lockdown as the risk profiles of borrowers deteriorate and lenders become risk averse,â€ V.P Nandakumar, managing director of Manappurram Finance, said in an interview. â€œWith many non-bank finance companies facing liquidity challenges, lending will be further constrained and gold loans may then become the fall-back option for borrowers denied access to their regular channels,â€ he said, adding gold loans may grow 10% to 15% this year.

At the same time, with the price of gold rising to historic highs in the local markets, some customers are choosing to repay their gold loans and sell the metal to take advantage of these unprecedented prices, he said.

Even as people recycle more of their old gold, Indiaâ€™s demand for the precious metal will suffer this year, with an industry body expecting sales to slump to the lowest in 25 years. The World Gold Council, which in January estimated demand between 700 and 800 tons in 2020, said it would be unable to quantify the impact of the virus on Indian demand in its latest quarterly update Thursday.

â€œWe are in the midst of a crisis,â€ Somasundaram said. â€œThe only honest thing we can say is that we just donâ€™t know.â€