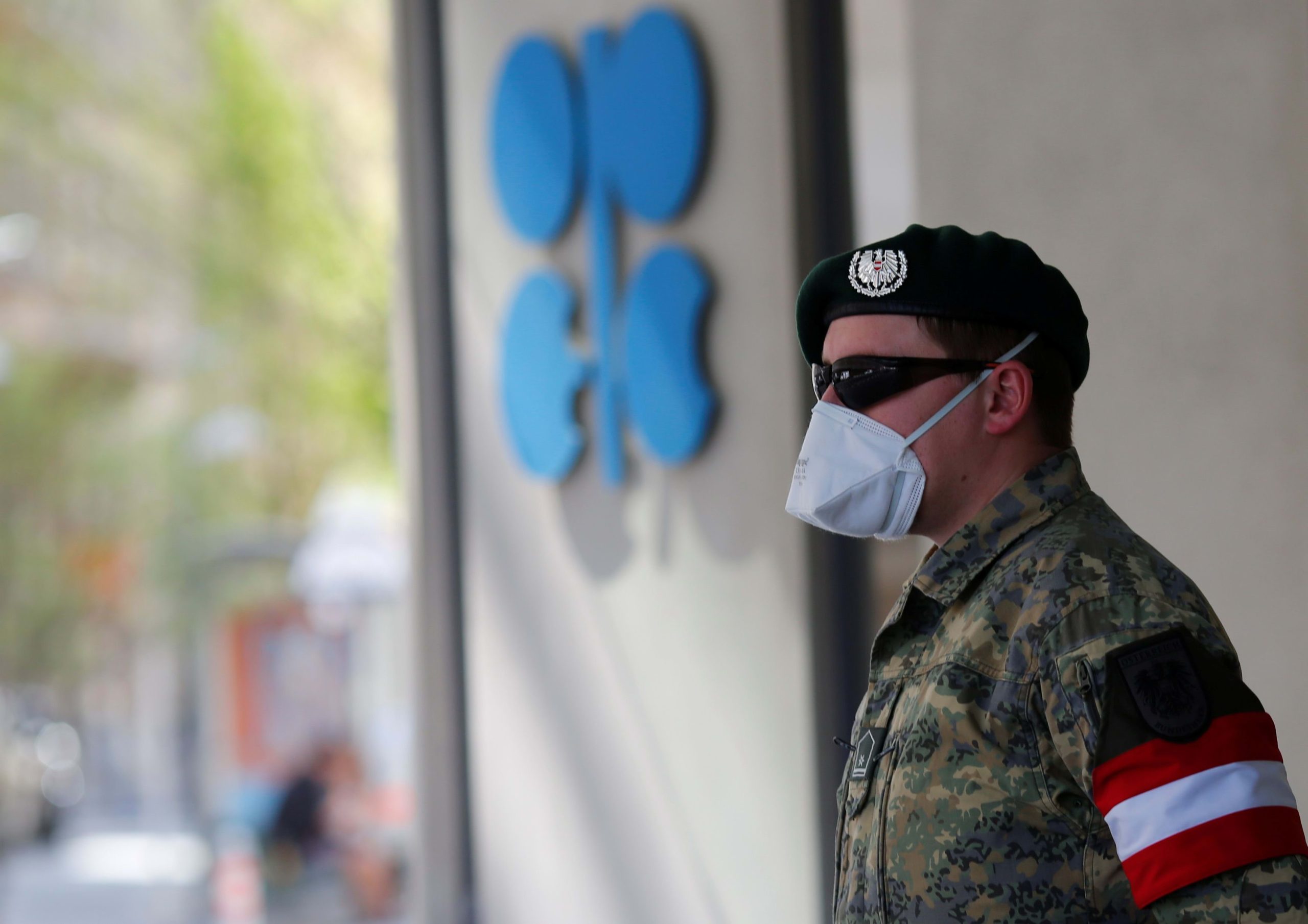 An Austrian army member stands next to the logo of the Organization of the Petroleoum Exporting Countries (OPEC) in front of OPEC’s headquarters in Vienna, Austria April 9, 2020.

Oil prices continued to march higher on Wednesday, with Brent crude futures rising above $ 40 a barrel on expectations some of the world’s most powerful oil producers will reach a deal to extend supply cuts.

OPEC and non-OPEC allies, a group of oil producers sometimes referred to as OPEC+, are expected to hold their next meeting on Thursday.

It comes after OPEC member Algeria, which currently holds the rotating presidency of the group, proposed that the meeting should be brought forward from the original date of June 9-10.

In April, OPEC+ agreed to cut oil production by a record 9.7 million barrels per day (b/d), approximately 10% of global output. The move was designed to prop up prices as the coronavirus pandemic led to an unprecedented collapse in oil demand.

Brent crude futures traded at $ 40.33 a barrel on Wednesday, hitting its highest level since March 6 and up around 1.9% for the session. The international benchmark jumped over 3% on Tuesday.

U.S. West Texas Intermediate (WTI) crude futures stood at $ 37.76 during morning deals, up over 2.5%. The contract also rose to its highest level since early March, building on gains of nearly 4% in the previous session.

Oil prices have soared in recent weeks, rebounding from the lows of April amid optimism about an economic recovery in China and as other economies seek to tentatively relax lockdown measures.

What options are on the table?

Analysts at research firm Eurasia Group believe the OPEC+ meeting will “probably” see the energy alliance agree to extend the commitment to reduce oil production by 9.7 million b/d from July to September.

“As usual, Russia is playing hard to get in the run up to the talks but will prove willing to compromise in the end. Crucially, the Russians will be keen to reach a common position with the Saudis to demonstrate that the OPEC+ partnership remains firm,” analysts at Eurasia Group said in a research note.

“As for the Saudis, a short-term extension is an acceptable option given that there will probably be room to revisit cuts based on developments in markets,” they added.

Unlike the March meeting ahead of the Saudi-Russia price war, analysts believe the mood among key members of the energy alliance is now much more positive, with leaders of all the main oil producers aligned on the need to continue cooperation.

A deal to extend the current level of OPEC+ cuts through to the end of 2020 is also thought to be possible, although significantly less likely than a two- or three-month extension.

Uptrend in oil prices will ‘not last’

Tamas Varga, senior analyst at PVM Oil Associates, said those hoping for oil prices to climb above $ 50 a barrel will most likely have to wait until the latter part of 2021.

“We have long argued that the uptrend we have been seeing in the oil market and which started at the end of April would not last,” Varga said.

He argued that investors were viewing the current race to pre-pandemic economic activity “as a sprint,” whereas, in reality, “it is at least a half marathon.”

“This is not to say that prices will not go higher in the immediate future,” Varga said, particularly given the market optimism that is primarily based on a significant reduction in both OPEC and non-OPEC supplies.

The International Energy Agency warned late last month that the coronavirus crisis had set in motion the largest drop in global energy investment history, with spending set to plunge in every major sector this year.

It warned the economic impact of the crisis could have “serious” implications for energy security and clean energy transitions.