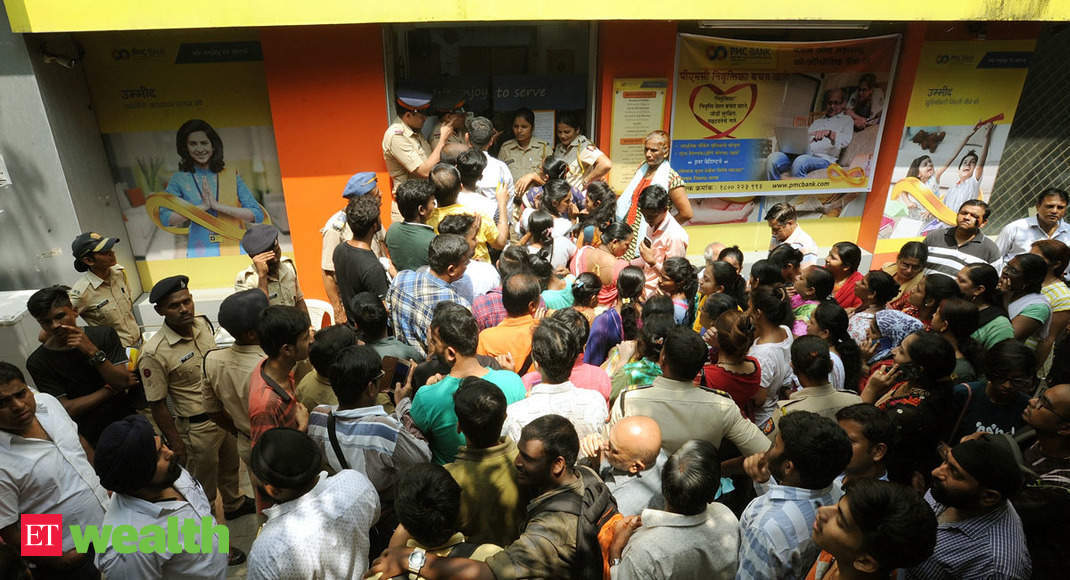 MUMBAI/NEW DELHI: In February, 82-year-old Kishan Lal appealed to India’s finance minister for help, saying in a Twitter message he was ready to donate his kidney and eyes if someone could help arrange funds to treat his daughter, who had a brain tumour.

The Lals had enough savings to tide over the medical crisis – more than Rs 25 lakh in Punjab & Maharashtra Co-operative (PMC) Bank. But withdrawals were capped at Rs 50,000 from each account at the time because authorities were investigating fraud at PMC.

“I just borrowed money from wherever I could, I had to save my daughter,” said Lal. “If I had access to my own money, I’d not have been ashamed.”

The Reserve Bank of India (RBI) took control of PMC last September after it was accused of fraud and concealing non-performing loans. PMC’s top officials and the owners of a realty company that received the bulk of the loans were arrested.

The withdrawal cap has left many of PMC’s over 9,00,000 depositors in deep difficulty. Some say they are struggling to clear loans or pay their children’s school fees, while others say they depend on friends for their groceries.

The situation at PMC has also amplified concerns about the health of India’s tens of thousands of co-operative banks, which often serve communities in the rural interior and have assets worth around $ 220 billion, about 11% of India’s total banking sector assets.

These banks, many of which are tiny, are subject to less stringent regulation than commercial banks and currently, more than two dozen of them are facing lending or withdrawal restrictions by the RBI because of financial irregularities.

The coronavirus has hit the broader banking sector hard, raising concerns about soaring bad loans as household and corporate debt rise. Liquidity risks have increased for non-bank financial companies and the state banking system needs to be recapitalised.

But some analysts are concerned that the pandemic is likely to have a more pronounced effect on the fragile co-operative banks.

“They lend to riskier borrowers who have higher chances of defaulting due to the pandemic,” said Jignesh Shial, a banking analyst at brokerage Emkay Global.

Asked about the delay in resolving PMC’s problems, Jai Bhagwan Bhoria, an administrator appointed by the RBI to revive the bank, told Reuters: “The recovery is an ongoing process and it takes time in actual realisations due to legal steps and hurdles faced.”

TALE OF TWO LENDERS
The PMC crisis has also sparked courtroom battles. In one of them, Sandeep Bhalla, whose parents have nearly Rs 1 crore blocked in PMC, has told the Delhi High Court that depositors of PMC were “discriminated against” compared to those from commercial lender Yes Bank.

In March, the RBI imposed a cap of Rs 50,000 on withdrawals from Yes Bank, then India’s fifth-largest bank in terms of assets, after its finances deteriorated.

But less than 24 hours later, the finance minister announced that India’s top state-run bank, SBI, would infuse funds into Yes Bank and the withdrawal curbs were subsequently lifted.

The finance ministry told the court the government had not infused any funds in Yes Bank but it was investors and the SBI who came to its rescue, according to court documents. SBI is 57% government owned.

The RBI told the court the two lenders were “fundamentally different,” including the different regulations governing them. It also said with PMC’s “really precarious financials”, no investors were willing to bail it out.

The finance ministry submitted that the RBI had rescued Yes Bank as it found it necessary in the public and depositors’ interest, but the central bank had not proposed any such rescue for PMC.

The court is next set to hear the case in mid-September, just ahead of the first anniversary of PMC’s collapse.

Asked for further comment, the finance ministry referred Reuters questions to the RBI, which did not respond.

“GET WELL SOON RBI”
Set up in 1984, PMC is a regional lender with 137 branches across six states and by last year it had deposits of $ 1.5 billion. Yes Bank is far bigger with more than 1,000 branches across India.

Many depositors said they were unaware of the differing regulatory structures for banks, and believed PMC was like any other commercial lender.

“If it was not safe, why did you name it a bank?” asked Pooja Chaudhary, 26, who said she had to struggle for hours last month to get custody of her father’s body after a hospital refused to release it until she cleared medical bills.

“My father died, and I couldn’t even cry,” said Chaudhary, whose said her savings of Rs 15 lakh were blocked in PMC.

Earlier this month, dozens of PMC depositors organised a protest in Mumbai and shouted slogans against the central bank.

“Get well soon RBI. Thanks for doing your job so well that we lost all our life savings,” read one poster.

On Facebook, depositors regularly post videos and photos to amplify their request for help. Each day, hundreds of messages are shared on a Telegram messaging app group of about 4,000 members where depositors discuss next steps, or simply vent.

Kishan Lal and his daughter Bony say they remain at the mercy of loans. Lal said he has developed a prostate problem but is not treating it, and is skipping his regular blood-pressure medicines as savings remain blocked at PMC.

Bony, 43, is distraught while battling her own illnesses. “It is our hard-earned tax-paid money,” she said, “and we are having to literally beg for it.”