Latest News
Home /New coronavirus cases across the world jump by the most ever in a single day, WHO says 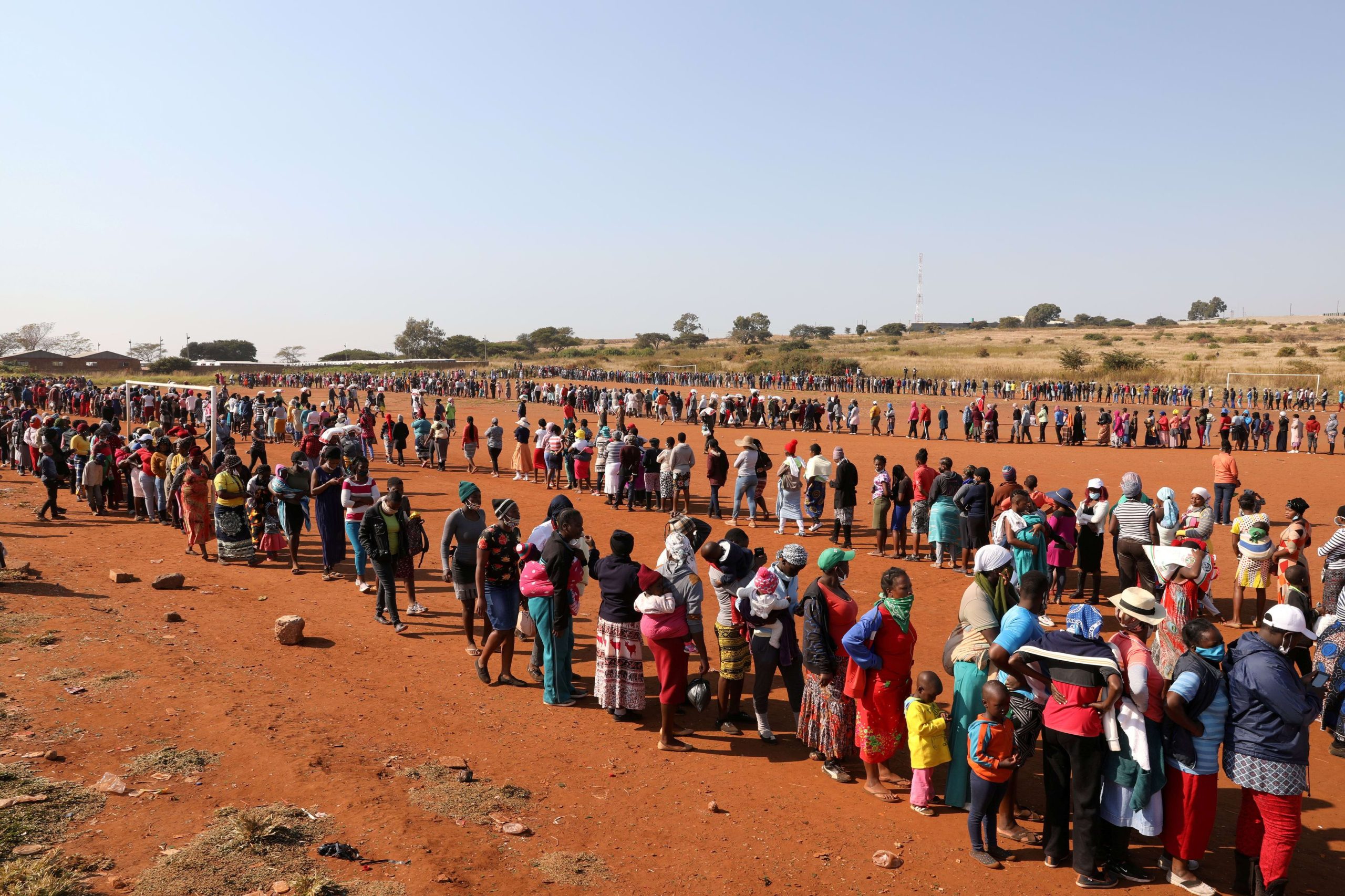 People stand in a queue to receive food aid amid the spread of the coronavirus disease (COVID-19), at the Itireleng informal settlement, near Laudium suburb in Pretoria, South Africa, May 20, 2020.

The number of newly reported coronavirus cases worldwide hit a daily record this week with more than 100,000 new cases over the last 24 hours, according to the World Health Organization.

Almost two-thirds of the cases were reported in just four countries, WHO Director-General Tedros Adhanom Ghebreyesus said during a press conference Wednesday at the agency’s Geneva headquarters. “We still have a long way to go in this pandemic.”

There are now close to 5 million global cases and roughly 325,000 deaths since the virus emerged in Wuhan, China, less than five months ago, according to data compiled by Johns Hopkins University.

The WHO has been warning world leaders that there can be “no going back to business as usual” following the Covid-19 outbreak, which has upended economies and wreaked havoc on nearly every country around the globe.

The agency has told countries that they will need to manage around the coronavirus for the foreseeable future as cases level off or decline in some countries, while peaking in others and resurging in areas where the Covid-19 pandemic appeared to be under control.

While social distancing measures put in place in numerous countries to slow the spread of the coronavirus have been successful, the virus remains “extremely dangerous,” WHO officials have said. Current data show “most of the world’s population remains susceptible,” they said, meaning outbreaks can easily “reignite.”

The new record in cases comes as President Donald Trump threatens to permanently pull funding from the agency.

During the press briefing, WHO officials said they are worried their emergency programs will suffer if Trump follows through on his threats.

Most funding from the United States goes directly to the program that helps countries all over the world in “all sorts of fragile and difficult settings,” said Dr. Mike Ryan, executive director of WHO’s health emergencies program.

“We’ll obviously have to work with other partners to ensure those funds can still flow,” Ryan said. “This is going to be a major implication for delivering essential health services to some of the most vulnerable people in the world and we trust developed donors will, if necessary, step in to fill that gap.”

Tedros said the WHO is “very concerned” about the rise in cases in low- and middle-income countries.

He said South Korea has been “impressive,” building on its experience of the MERS coronavirus “to quickly implement a comprehensive strategy to find, isolate, test & care for every case, & trace every contact.”

“This was critical to the Republic of Korea curtailing the first wave and now quickly identifying and containing new outbreaks,” he said.