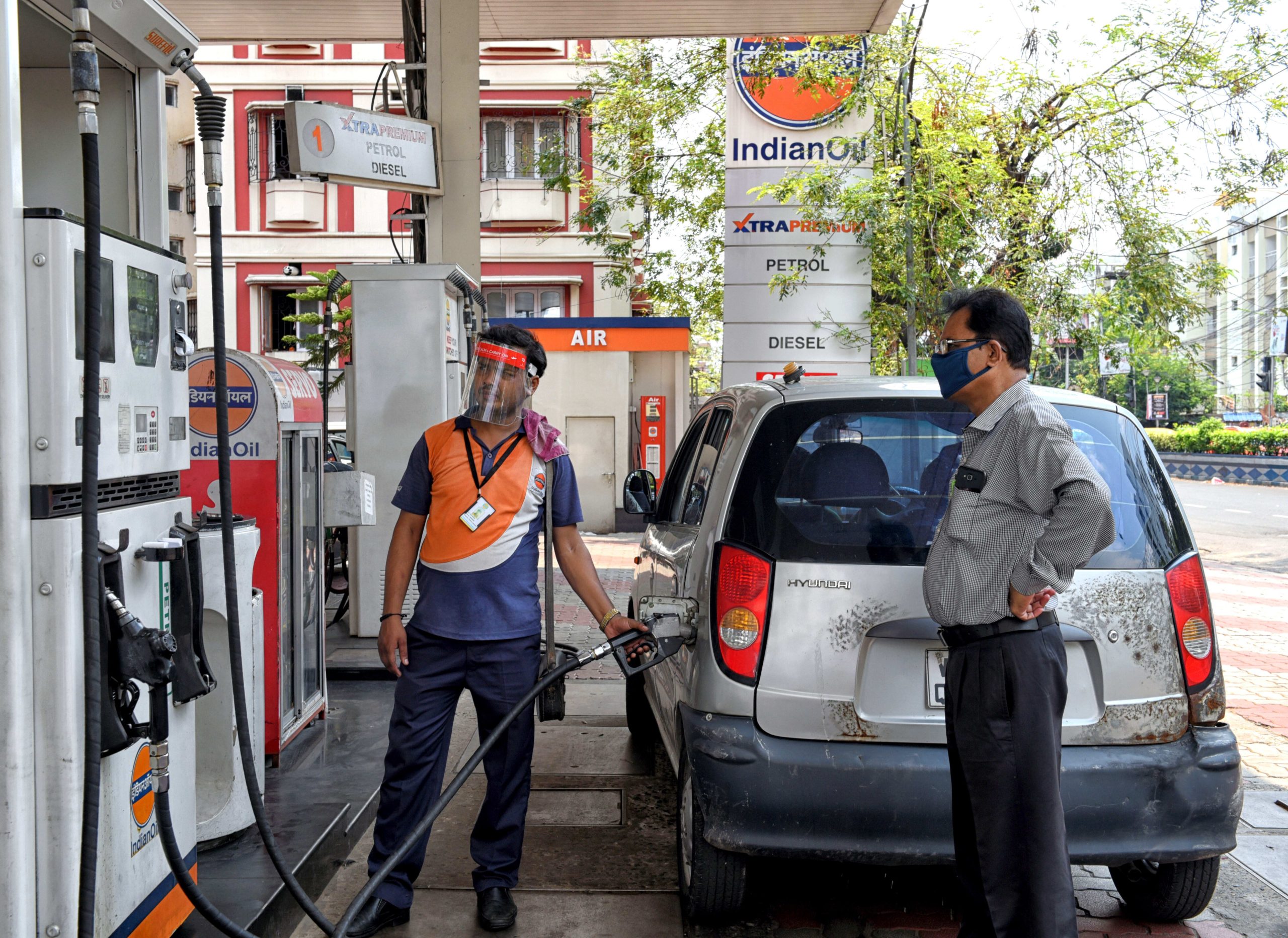 An Indian Oil Petrol Pump employee is seen wearing a face shield, as he fuels a customer’s vehicle in an open Petrol Retail Outlet of Kolkata during the Covid-19 pandemic.

The International Energy Agency said on Tuesday that it expects the fall in oil demand this year to be the largest in history, but believes there are signs the market could reach “a more stable footing” over the coming months.

International benchmark Brent crude futures traded at $ 39.97 on Tuesday morning, up around 0.6%, while U.S. West Texas Intermediate futures stood at $ 37.22, around 0.3% higher.

Oil prices have tumbled around 40% year-to-date, as lockdown measures designed to slow the spread of the coronavirus created an unparalleled demand shock in energy markets.

The IEA said oil demand in the second quarter, which saw the greatest impact from lockdown measures, was 17.8 million barrels per day lower when compared to the same period last year. That level of demand reduction was slightly less than the group had previously expected, although still unprecedented.

It means the expected drop in oil demand this year amounts to the largest in history, the IEA said, with the demand rise in 2021 forecast to be the largest one-year jump ever recorded “as activity begins to return to normal across vast swathes of the economy.”

Meanwhile, the IEA’s forecast for oil demand in 2020 is 91.7 million barrels per day, nearly 500,000 barrels higher per day than it expected in May, due to stronger-than-anticipated deliveries during the coronavirus lockdown.

“In sporting terms, the 2020 oil market is now close to the half time mark,” the IEA said. “So far, initiatives in the form of the OPEC+ agreement and the meeting of G20 energy ministers have made a major contribution to restoring stability to the market.”

“If recent trends in production are maintained and demand does recover, the market will be on a more stable footing by the end of the second half. However, we should not underestimate the enormous uncertainties,” the group added.

As part of the deal, key members of the energy alliance have insisted that those who have not been complying make up their commitments over the coming weeks.

The move has helped to prop up oil prices, although concerns persist over the threat to fuel demand from the resurgence of new coronavirus infections across the globe.

To date, more than 8 million people have contracted the Covid-19 infection, with 436,899 deaths, according to data compiled by Johns Hopkins University.

WHO Director-General Dr. Tedros Adhanom Ghebreyesus said on Monday that while it took more than two months for the first 100,000 coronavirus cases to be reported worldwide, over 100,000 new cases have been reported almost every single day for the past two weeks.

It comes as cases continue to surge in countries mostly in America and South Asia, and there are concerns about a new cluster of infections in Beijing after the city went for more than 50 days without a confirmed case.

One industry expected to continue to drag on oil demand through 2021 is aviation.

The IEA said that next year oil consumption would remain 2.4 million barrels per day lower than 2019 levels, “mostly because of the ongoing weakness in jet and kerosene demand.”

That’s because the aviation industry “is facing an existential crisis,” the group added, noting jet and kerosene demand is likely to remain under pressure “well beyond” 2020.

Data from the International Air Transport Association â€” the trade association representing 290 airlines and 82% of global air traffic â€” show that passenger traffic will be nearly 55% lower than in 2019.