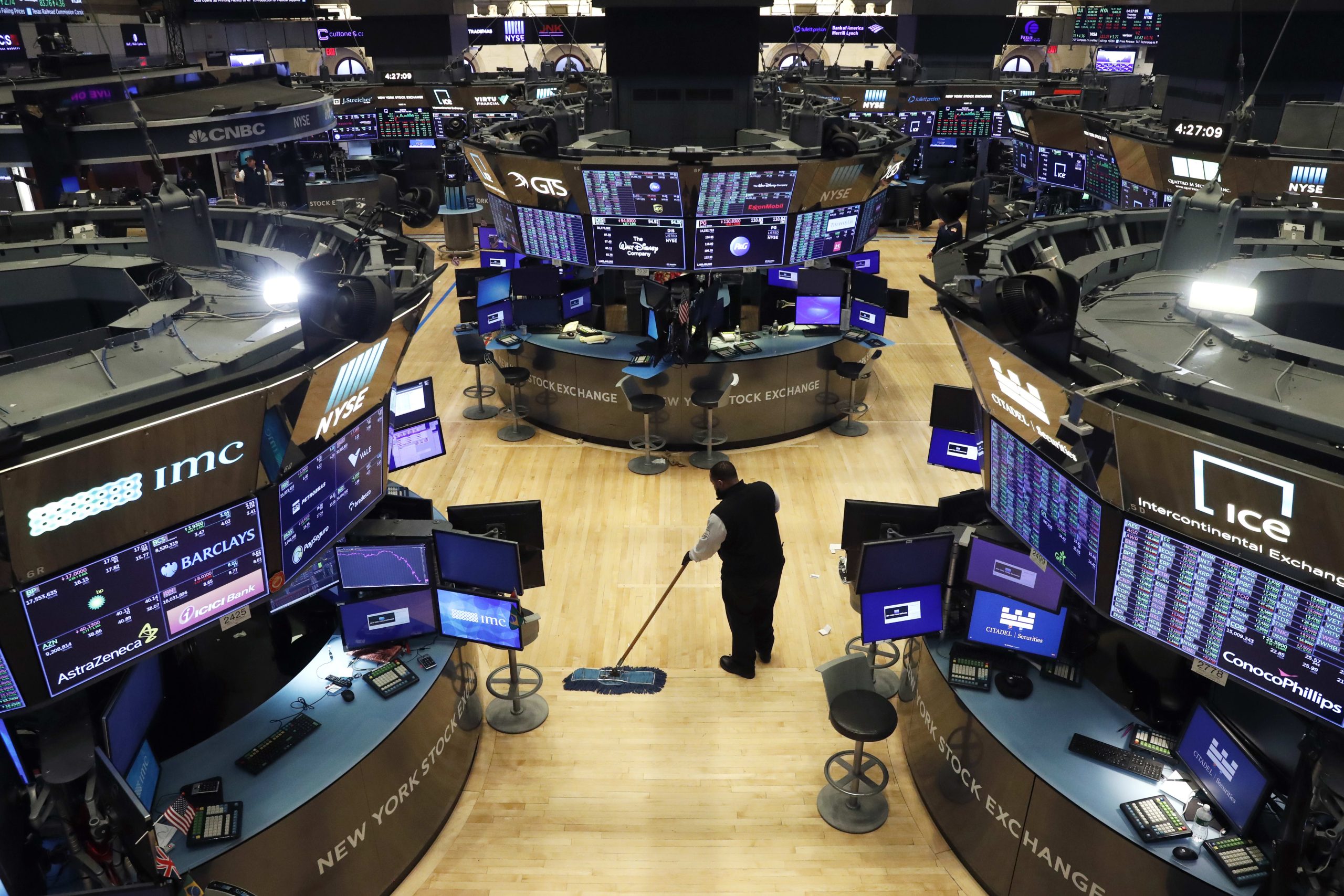 Traders have had to rapidly adjust their day-to-day routine as the corornavirus pandemic has forced many around the world to work from home.

Some are using software that lets them remotely log in to their work computers, while others have been given company PCs with specific programs installed. But it’s not necessarily been a flawless transition, and wild volatility in the financial markets hasn’t helped.

“In terms of the traders who I speak to, the volatility we’ve seen in markets has just led to an overhaul of risk management,” Nick Cowan, CEO of the Gibraltar Stock Exchange and a former trader, told CNBC.

“When you see oil go below zero you know you’ve got a problem,” he added, referring to the collapse in U.S. oil prices which went negative for the first time in history last week. “Some of the moves have been so dramatic.”

A big complaint from traders is having to adapt from as many as six computer screens to just one or two in their home setup. People working on trading floors tend to require multiple monitors to keep an eye on different data and news sources simultaneously.

“I have multiple screens at home,” Glen Goodman, a long-time independent trader, told CNBC.  “One is pushing it. Two is probably doable for any trader. As long as you’ve got those at home or work for a company that’s providing them, you should be good to go.”

Another issue that has had to be overcome is communication.

Traders at Barclays, HSBC, Goldman Sachs and a number of other banks, for instance, are using messaging platform Symphony to keep in touch and can set up “bots” to automate their workflow.

Symphony’s platform lets traders message and call each other, similar to other workplace messaging apps like Slack and Microsoft Teams.

Symphony claims that, unlike rivals Slack and Microsoft Teams, its software is secure and financially compliant. That’s an important feature for a tech start-up that’s targeting the heavily-regulated financial services industry.

In Barclays’ case, the app is installed on company phones as well as employee’s computers and can be used for both internal and external communication. Ying compared it to a social network like Facebook, but one that’s “pure and compliant.”

“That’s a very attractive network,” she said. “You know the other party is a trader or operations person from BlackRock (for example), rather than some random person sending you a message from a non-approved platform.”

Then there’s Webex, Cisco’s video conferencing software, which some investment firms are using as an alternative to Zoom. The latter has been dogged by security and privacy concerns in recent weeks as it has grown in popularity due to shelter-in-place restrictions.

“Many financial services companies were using some form of collaboration tools in the past,” Chintan Patel, Cisco’s chief technologist in the U.K., told CNBC. “But this has really just pushed that to a new level.”

“The key thing is protection of data,” Patel said. “In the normal world you’ve got a pretty controlled environment. You know what your trading floor looks like, you know what your office space looks like. Suddenly what’s happened now is everyone’s home has become the office.”

A new approach to regulation

While communication can be fairly seamless, replicating the physical restrictions of a trading floor can pose further challenges, according to Chris Wooten, executive vice president at U.S. financial crime consultancy NICE.  The New York Stock Exchange’s iconic trading floor has been closed since March 23.

Wooten told CNBC that the “sterile environment” of a trading floor, in which mobile phones are not allowed and communicating on unauthorized platforms is virtually impossible, is difficult to enforce from home.

“These are challenges that in six to 12 months, we’ll see how well we did in understanding if we were able to maintain the high level of transparency that is expected,” he said. “We’re going to learn a lot.”

Wooten also hypothesized that this unprecedented period could forever reshape both the way trading desks operate and the way in which communication is regulated.

“We did a roundtable discussion with several of the leaders of the trading floors at the large financial institutions, and I was surprised that around 70% of them said that they would probably not send all of their people back to the office,” he revealed.

However, he suggested that there is still some way to go in ensuring that work-from-home networks will not disadvantage traders in an industry in which “microseconds matter.”

“Can I get advantage by being able to execute my trade a few microseconds before the other guy and make a penny either way on the side of the transaction?” he said.

“With the transactions being so large, that’s real money to the financial institutions. I suspect they’ll get that sorted out, but that’s the main challenge of working from home.”

As highlighted by the take up of apps like Symphony and Webex, the way traders communicate is changing, and Wooten suggested that the way this is regulated will also have to evolve.

“It’s mandatory that all trades are analyzed. They’re captured, managed and analyzed for risk â€” it’s a requirement,” he said. “However, on communication, it’s a suggestion. Human nature is people talk about what they’re going to do before they do it, or they brag about it after they do it.”

As such, Wooten said that implementing the same level of scrutiny to messaging as to trades themselves may help regulators identify potentially risky behavior.