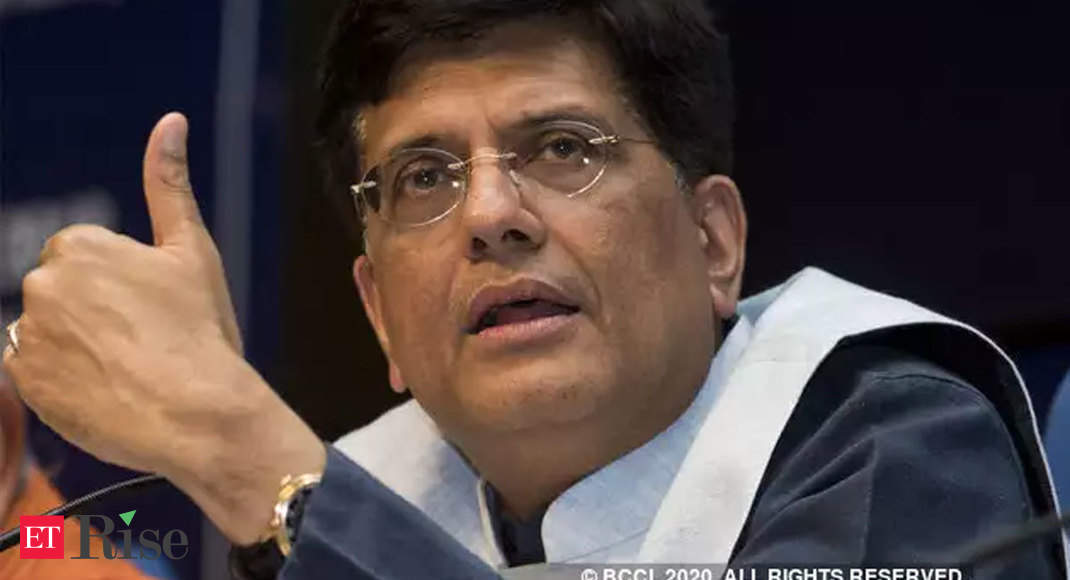 NEW DELHI: Commerce and Industry Minister Piyush Goyal on Thursday asked the startup community to come up with a holistic paper on issues related to ESOPs (employee stock option plans) so that it can be flagged to the finance ministry.

He said that maybe in October or November, the Department for Promotion of Industry and Internal Trade (DPIIT) will engage with startups on the matter. Some steps were announced earlier related to easing of tax payments for startups but subsequently, some issues were brought to the notice, he said.

“Let’s once again try when the Budget comes next year. Come up with a wholistic paper, and we will push it and see what we can do this around in the Budget to sort these issues about making it an easier regime particularly the difference between listed and unlisted,” the minister said in a CII event on the ‘Launch of India’s Future Business Group’.

He was replying to a question about the need for a world-class ESOP regime for startups. Goyal also sought suggestions about the “overhang in the tax system and the tax authorities of the hawala-type transactions that used to happen in the past”.

“We will have to find a way to ensure that it does not raise its head in the garb of start-up or any of these systems,” he added. Goyal also called upon the senior business leaders to become mentors, not only to their own family or businesses but also to the new-age and young entrepreneurs.

He suggested that all “sunicorns and unicorns” may sell one per cent of their equity and create a pool of capital to support young people coming out with new ideas and “demonstrate your commitment to support new businesses with Indian capital”. “I sometimes feel pain” that so many good ideas have had to sell out at “very low” valuations to international funding, he added.

Speaking about the innovation in railways, Goyal said Indian railways are making better LHB (Linke Hofmann Busch) coaches. “As a result of this, in the past 17 months, not even a single railway passenger has died because of railway accident,” he said. The CII’s Future Business Group was launched with an objective to nurture the growth of new businesses in India.

The group will submit policy recommendations to help grow new businesses and forge national and international partnerships for businesses of the future. The focus sectors are digital segment, infrastructure, manufacturing, education, agri and healthcare.

The focus nations will be the US, Japan, South Korea, the EU, Australia and Singapore. It was suggested to form a joint working group of DPIIT and CII to formulate a national strategy for future businesses and initiate policy reforms.