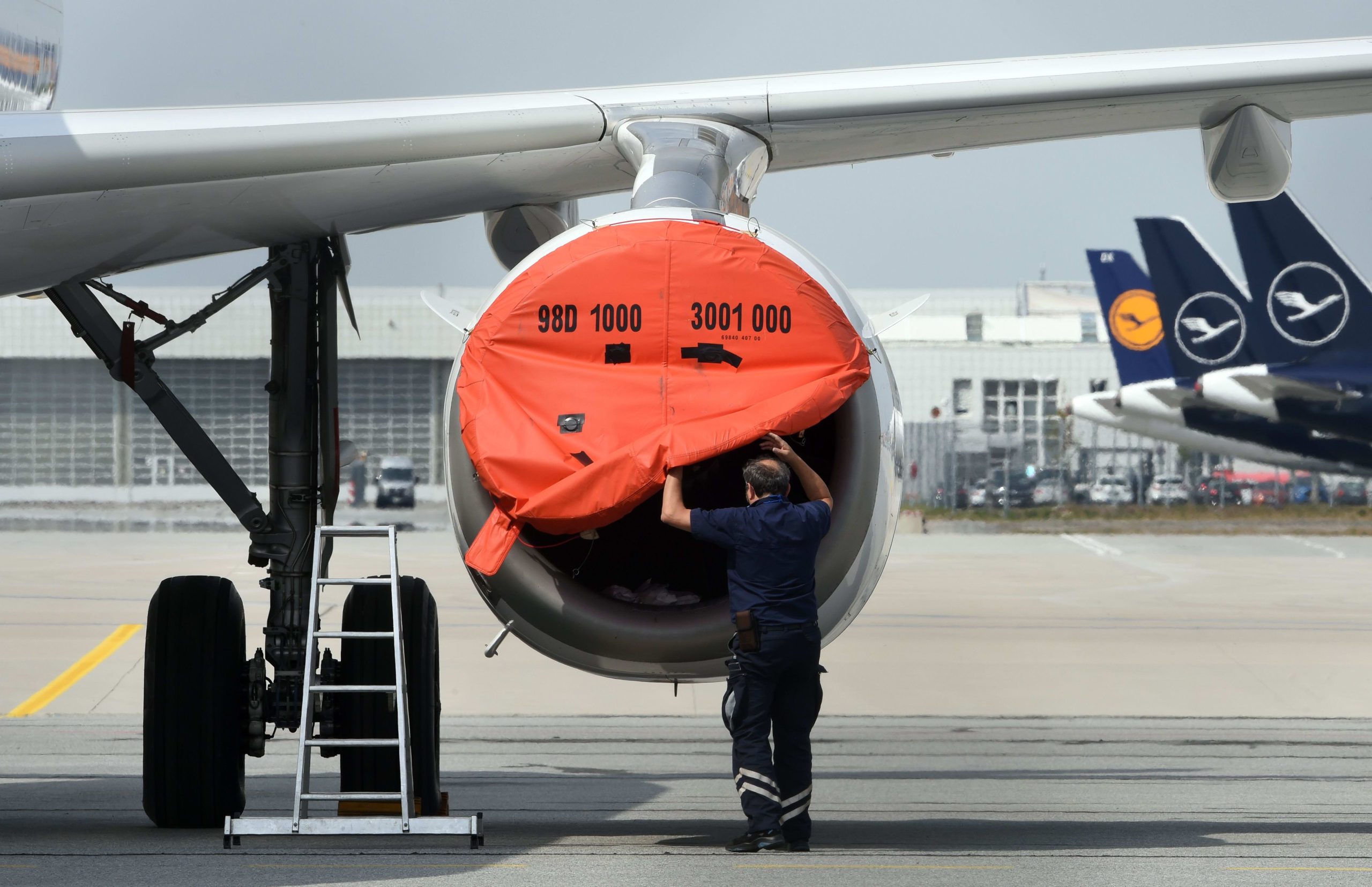 A technician of the German airline Lufthansa works at a parked plane at the “Franz-Josef-Strauss” airport in Munich, southern Germany, on April 28, 2020, as public life across the world has been limited in measures to combat the novel coronavirus COVID-19 pandemic. (Photo by Christof STACHE / AFP) (Photo by CHRISTOF STACHE/AFP via Getty Images)

The coronavirus outbreak will have a lasting impact on the behavior of businesses across the globe, with jet fuel demand unlikely to ever fully recover, according to the head of commodities research at Goldman Sachs.

The Covid-19 pandemic has meant countries have effectively had to shut down, with many governments imposing strict restrictions on the daily lives of billions of people.

Confinement measures â€” which vary in their application worldwide but broadly include school closures, bans on public gatherings and social-distancing guidelines â€” have been implemented in 187 countries or territories in an effort to try to slow the spread of the virus.

To date, more than 4.1 million people have contracted Covid-19 worldwide, with 282,727 deaths, according to data compiled by Johns Hopkins University.

The public health crisis has led to an extreme demand shock in energy markets, with world travel brought close to a standstill.

Industrial demand and commuting demand should both be able to recover fairly quickly from the pandemic, Currie said, but jet demand “is the weakest one.”

“So far, we would tend to think when we see a normalization globally, you’ll get the leisure demand back. The part I don’t think you get back is what we are doing right now,” Currie said during a video call with reporters on Thursday.

“I think you are going to lose a good chunk of the jet demand that would have been associated with business travel. Our base case is you lose somewhere around 2 to 3 million barrels per day of that,” he added.

Brandon Wilson, owner of AvidJet, disinfects a Frontier airplane with a fogger at Denver International Airport on Tuesday, May 6, 2020. ProShield, the microbiostatic agent used to disinfect the plane, will keep the aircraft clean for up to 90 days after application.

Currie said the U.S. investment bank does not expect oil demand to normalize back to pre-crisis levels until the third quarter of 2022.

Alexandre de Juniac, the chief executive and director general of the International Air Transport Association, has warned the situation for the airline industry “could not be more dire.”

Last month, the IATA published analysis which showed the Covid-19 crisis could see airline passenger revenues drop by $ 314 billion this year, reflecting a 55% decline when compared to 2019.

As of early April, the number of flights globally was reported to be down 80% compared to 2019, in large part as a result of the travel restrictions imposed by governments worldwide.

When asked whether he expected the loss of jet fuel demand to be permanent, Goldman’s Currie replied: “I know just in myself that I find Zoom has been a very good substitute for getting in a plane and flying halfway around the world. And, you look at the routes that the airlines are planning when they come back, they are not going to be at the same level that they were previously.”

An airplane sits at the Avianca Holdings SA Maintenance, Repair and Overhaul (MRO) Aeronautical Center in Rionegro, Colombia on Tuesday, Nov. 7, 2017. Avianca Holdings SA reported a net income of $ 36.1 million USD in the third quarter despite a pilot strike that lasted for almost two months.

Alongside the IATA, the global trade representative of the world’s airports has urged governments to quickly grant financial relief to assist airport operators and airlines during the Covid-19 crisis.

“The financial impact of the current crisis is unlike anything we have ever seen and requires urgent action by governments to assist the aviation industry to protect jobs, ensure essential operations, and plan for recovery,” Angela Gittens, director general at Airports Council International (ACI), said in a statement on April 30.

More recently, the world’s second-oldest airline filed for bankruptcy. Colombia’s Avianca would be the first major carrier worldwide to go under as a result of the pandemic if it fails to come out of bankruptcy, Reuters reported on Sunday.

Avianca’s pleas for state-aid have so far been unsuccessful.