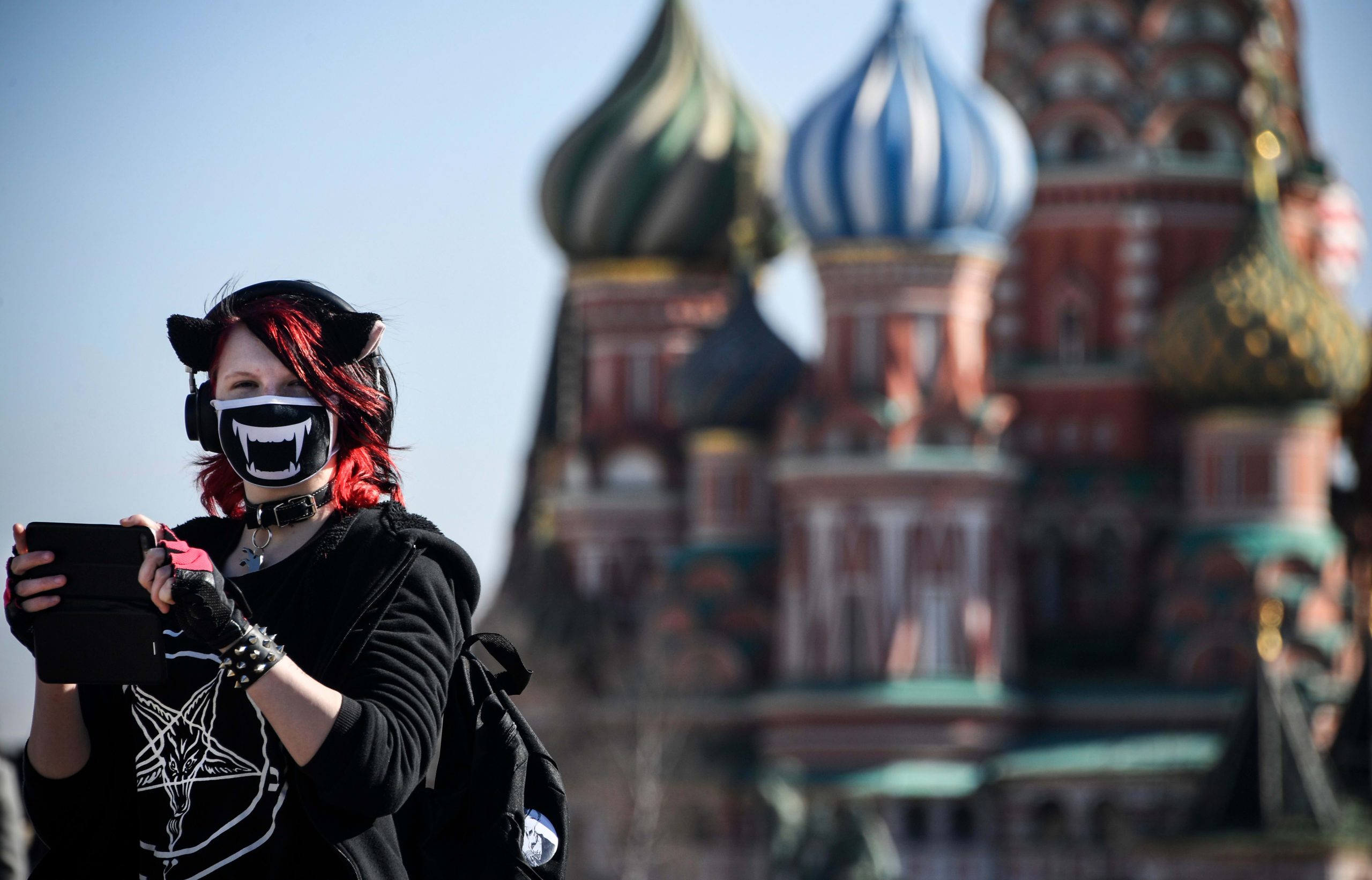 A woman wearing a face mask to protect against the coronavirus at the Red Square in front of St. Basil’s Cathedral in Moscow, Russia on March 25, 2020.

Reported Covid-19 cases around the world reached 5 million on Thursday as some countries begin easing strict social distancing guidelines and look to reopen their economies, according to data from Johns Hopkins University.

The number of reported cases worldwide hit 5,000,038 and the global death toll now stands at 328,172, the latest data from Hopkins showed.

The latest morbid milestone comes as the spread of the coronavirus across the world shows no signs of slowing down. Even as outbreaks in China and other countries appear to have abated, the pandemic has picked up speed in other parts of the world. The World Health Organization said Wednesday the number of newly reported coronavirus cases worldwide hit a daily record this week with more than 100,000 new cases over the last 24 hours.

Almost two-thirds of the cases were reported in just four countries, WHO Director-General Tedros Adhanom Ghebreyesus said during a press conference at the agency’s Geneva headquarters. “We still have a long way to go in this pandemic.”

Eastern Europe is experiencing a delayed epidemic but could implement lessons that have been learned at great costs in Asia, North America and Western Europe, according to WHO officials. Russia has surpassed the United Kingdom, Spain and Italy as the country with the second-highest number of infections, according to JHU data.

“There are differences right now between Western Europe, which has been through that first big wave, and Eastern Europe, particularly Russian Federation, that is now experiencing higher numbers of disease,” Dr. Mike Ryan, executive director of WHO’s emergencies program, said at a press briefing on May 8.

WHO officials have warned against easing coronavirus restrictions and reopening economies too quickly, saying it could lead to a “vicious cycle” of economic and health disasters as cases resurge and officials have to reinstitute lockdowns.

It’s a “false equation” to choose between the economy and public health, Ryan said. “The worst thing that could happen,” economically, is that a country reopens and then has to shut down again to respond to a resurgence of the virus, Ryan said.

Some countries, such as Singapore, were able to control Covid-19 at first but have since seen cases jump in more densely populated areas, WHO officials said. Long-term care facilities and prisons â€” where people live closely together â€” are at especially high risks of outbreaks and officials need to find ways of preventing the virus from transmitting from person to person.

In the U.S., some states are beginning to reopen businesses even as models suggest it will lead to a steady rise in the number of Covid-19 cases and deaths over the next couple of weeks.

The number of newly reported cases in the U.S., which accounts for nearly a third of all cases globally, has outpaced all other countries in the world when compared with the same period of time, according to data from Hopkins.

Health and Human Services Secretary Alex Azar told CNN on Sunday that reopening isn’t entirely dependent on a vaccine. The U.S. has tested a greater number of asymptomatic people compared with other countries, he said.

The U.S. is now conducting more than 300,000 tests per day and has run roughly 10 million tests total. That’s still a small portion of the country’s population of approximately 328 million people.

Some of the most populated states in the country, including California and New York, have slowly started to reopen their economies in phases as the states continue to report declining hospitalization rates.

New York has allowed curbside retail and manufacturing jobs to resume in a handful of regions in the state while California is allowing those activities to resume statewide, although local jurisdictions can continue to enforce their own stay-at-home orders.

Other states have allowed for greater reopening of their economies across the state. In late April, Georgia allowed businesses such as gyms, hair salons, bowling alleys and tattoo parlors to reopen as long as they followed certain social distancing guidelines.