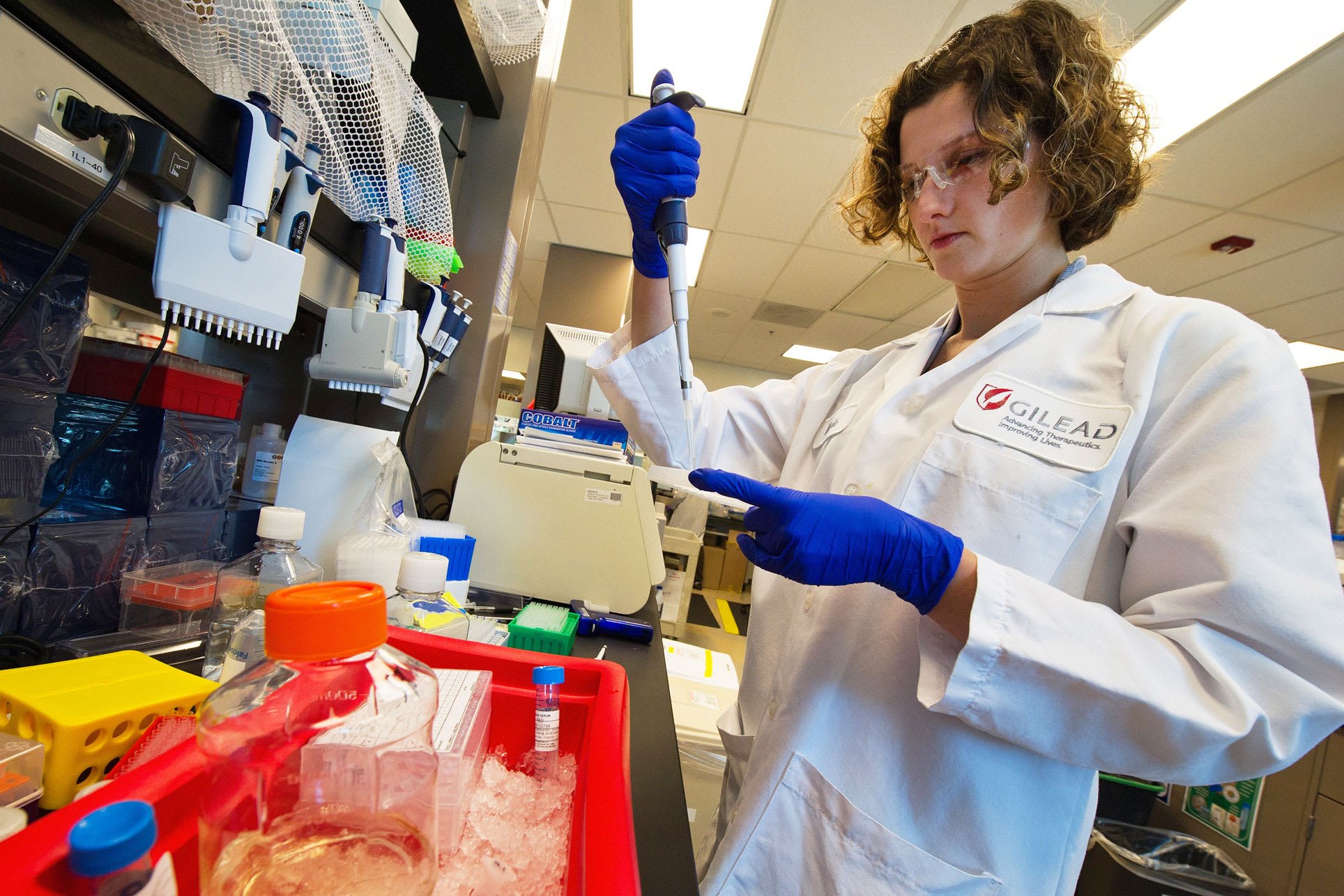 Trump made the announcement in the Oval Office alongside Gilead CEO Daniel O’Day.

“We want to thank the collaborators that brought remdesivir to this point and many of our people that have been part of this, in fact, the caregivers,” O’Day told reporters. He added that the company is donating one million vials of remdesivir.

Gilead shares pared losses, but were still down 4% in trading Friday. The stock, which has a market value of about $ 101 billion, has gained 21% since the start of the year.

The EUA means that remdesivir has not undergone the same level of review as an FDA-approved treatment, according to an FDA fact sheet on the drug. However, doctors will be allowed to use the drug on patients hospitalized with the disease even though the drug has not been formally approved by the agency.

The intravenous drug has helped shorten the recovery time of some hospitalized Covid-19 patients, new clinical trial data suggests. Without other proven treatments, health-care workers will likely be considering its use.

The FDA previously authorized the emergency use of malaria drugs chloroquine and hydroxychloroquine to treat Covid-19. However, it later issued a warning against taking the drugs outside a hospital or formal clinical trial setting after it became aware of reports of “serious heart rhythm problems” in patients.

The National Institute of Allergy and Infectious Diseases released results from its study showing Covid-19 patients who took remdesivir usually recovered after 11 days, four days faster than those who didn’t take the drug.

Gilead also released preliminary results from its own study, showing at least 50% of the patients treated with a five-day dosage of remdesivir improved. The clinical trial involved 397 patients with severe cases of Covid-19. The severe study is “single-arm,” meaning it did not evaluate the drug against a control group of patients who didn’t receive the drug.

Trump has touted remdesivir as a potential treatment for the virus, which has infected more than 3.3 million people worldwide and killed at least 237,000 people, according to data compiled by Johns Hopkins University. Earlier this week, he said he wanted the FDA to move “as quickly as they can” to approve the drug.

“We would like to see very quick approvals, especially with things that work,” he said at a roundtable at the White House with business executives Wednesday evening.

The drug has not been formally approved to treat the virus, and U.S. health officials caution new data on the drug has yet to be peer-reviewed.

Remdesivir has shown some promise in treating SARS and MERS, which are also caused by coronaviruses. Some health authorities in the U.S., China and other parts of the world have been using remdesivir, which was tested as a possible treatment for the Ebola outbreak, in hopes that the drug can reduce the duration of Covid-19 in patients.

Under the EUA, the FDA will allow the drug to administered for either a five-day or a 10-day dose. A day 10-day treatment regimen is preferred for intubated patients.

The company said it will continue to support clinical trials and expand so-called compassionate use programs for remdesivir.