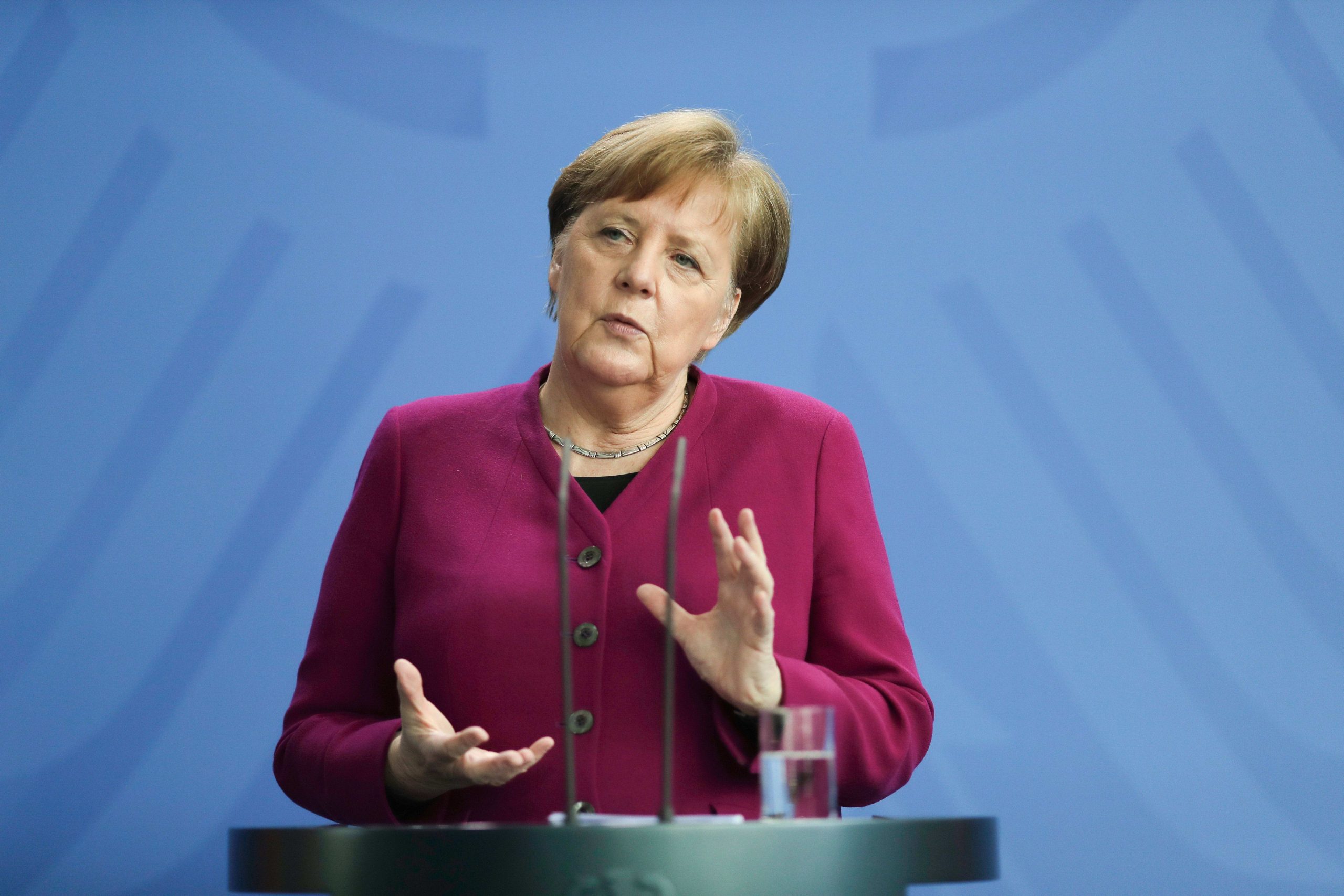 German Chancellor Angela Merkel briefs the media about measures of the German government to avoid further spread of the coronavirus on April 9, 2020 at the chancellery in Berlin.

Dehoga, an industry association that includes a large share of often small family-owned operations, told Bild am Sonntag that some 70,000 restaurant and hotel operators, which employ 223,000 people, could face insolvency as they stood to lose up to 10 billion euros of sales by the end of April.

Economy Minister Peter Altmaier of Merkel’s conservative party said in an interview with the same newspaper he agreed the sector needed support to get up on its feet again.

“It is clear that we will need additional help to prevent a large part of these companies giving up and disappearing from the market,” he said.

Altmaier said he would look into possibly lowering value-added taxes for the industry, but he could also imagine concrete grants to pay for modernization and cost savings measures.

New coronavirus infections and recovery numbers in Germany have been looking more manageable in recent days.

But politicians and authorities agree that economic life can only restart very gradually to avoid fresh waves of rapid infections, leaving businesses starved of turnover.

Finance minister Olaf Scholz, who represents the Social Democratic party (SPD), also included hotels in those industries that he believed should receive targeted aid in an interview with Welt am Sonntag.

Merkel’s chief of staff, Helge Braun, said in the Rheinische Post and General Anzeiger papers on Saturday he would not rule out the government making available further aid within weeks to support the economy at large.

Short-time working is a scheme which allows employers to cut their outlays as employees partly receive state pay, but are kept on the payroll.

Heil said he had proposed raising the state share of short-time pay for the three months of May, June and July.

“I am confident we will produce results here,” he said in a Saturday interview by broadcasters ntv and the Welt newspaper.