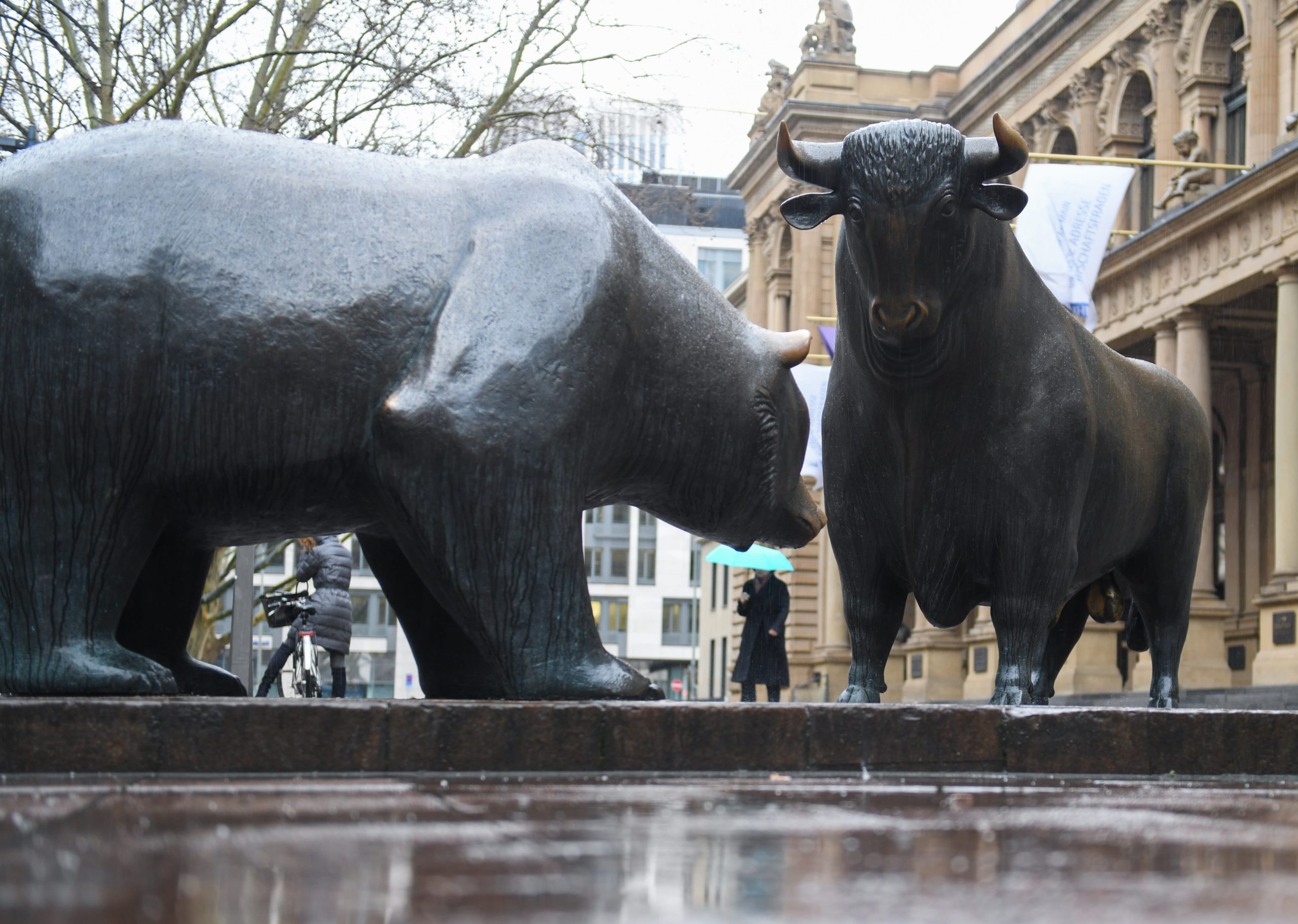 Bull and Bear are standing in the rain as bronze sculptures in front of the Frankfurt Stock Exchange.

The Euro Stoxx 600 on Tuesday closed out its best quarter since March 2015, having climbed 12.59% since the beginning of April.

Even after that rally, the pan-European blue chip index still closed down 13.35% on the year and ended the first half in correction territory, after the global spread of the coronavirus pandemic triggered a historic stock market sell-off between late February and the middle of March.

European stocks have still been outpaced by their U.S. counterparts, with the S&P 500 up 19.95% for the second quarter and down by only 4.04% on the year. However, some analysts are shifting their equity focus from the U.S. to Europe as the world emerges from months of lockdown measures.

Scott Thiel, chief fixed income strategist at BlackRock Investment Institute, told CNBC Tuesday that the investment giant had upgraded European equities from an “underweight” to an “overweight,” in part due to the “upside surprise” in the substantial monetary and fiscal policy response on the continent.

Governments in major economies such as Germany, France and the U.K. have deployed substantial fiscal stimulus measures to mitigate the expected fallout from the pandemic, while the European Central Bank has thus far expanded its bond-buying program to 1.35 trillion euros (around $ 1.5 trillion).

“What is happening in Germany, the EU Recovery Fund, the ECB’s action, all those things have been very powerful, plus when we look at activity restarting again, we see a region that has dealt with the virus,” Thiel said, adding that despite a severe outbreak initially, major European economies had now set themselves up to reopen.

By contrast, cases continue to escalate in the U.S., where a number of states are now reimposing lockdown measures after record daily spikes in new cases and hospitalizations, with over 2.6 million now infected.

The stock posting the biggest gain in percentage terms across the second-quarter market rebound was Swedish telecoms and cloud communications platform Sinch, which along with benefiting from the greater requirements for home working, also saw its shares boosted by the acquisition of India’s ACL Mobile in mid-June. Sinch closed the second quarter up 103% and is up more than 178% for the year.

Slightly behind with an 88% rise over the second quarter is compatriot mobile living manufacturer Dometic Group, which is still down more than 11% year-to-date.

Meanwhile, British miniature wargames manufacturer Games Workshop surged 85% in the second quarter, recovering March’s losses to finish the half up 31%. The company upgraded its profit outlook on June 12 and said the recovery was “going better than expected.”

At the other end of the European blue chip index, Spain’s Banco de Sabadell plunged 34% in the second quarter and is down more than 70% for the year, while French corporate bank Natixis posted a second-quarter fall of 21.6% and is down 41% for the year.

Belgian insurer Ageas, banking giant HSBC and British airplane engine manufacturer Rolls-Royce all finished the quarter down more than 16%, and have fallen 40%, 36% and 58% respectively so far this year.