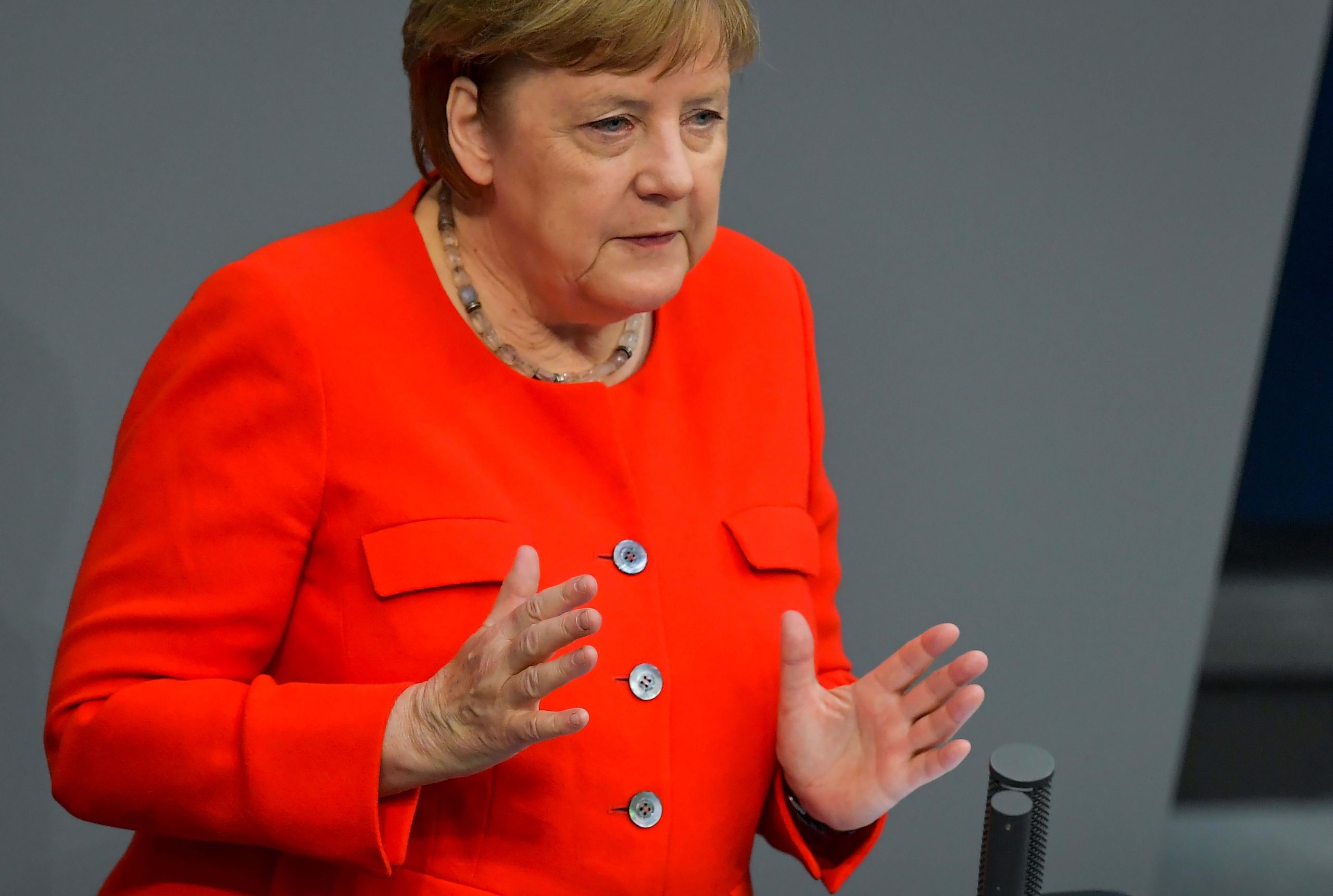 German Chancellor Angela Merkel speaks during a sitting of the Bundestag, ahead of a EU summit.

The 27 European governments are negotiating for the first time Friday a proposal for 750 billion euros ($ 841 billion) to tackle the Covid-19 crisis.

However, the new stimulus plan has sparked division among EU countries and it is unclear when they will manage to bridge their differences.

“It is a necessary step,” a Brussels-based European official, who didn’t want to be named due to the sensitivity of the talks, told CNBC Thursday about the first negotiation among the leaders.

Expectations are that Friday’s video call won’t lead to an agreement and at least one other summit – most likely through face-to-face meetings – will be needed before new fiscal stimulus is approved.

The region is grappling with one of the most severe economic crises in post-war time. The European Commission, the executive arm of the EU, estimated in May a contraction of 7.4% in gross domestic product in 2020. However, the forecasts are dependent on how the health crisis evolves and on whether European economies will manage to reopen fully in the coming months.

“Our ultimate goal is to reach a deal as soon as possible. There is still quite some way to go towards an agreement, so we will need to work hard in the coming days and weeks,” European Council President Charles Michel, who chairs the talks among EU leaders, said in a letter to the 27 capitals this week.

A second European official, who also didn’t want to be named due to the sensitivity of the negotiations, told CNBC Thursday, that a face-to-face negotiation could be announced later on Friday.

We want to see the money back at one point.

European leaders haven’t met in person since February due to the coronavirus crisis and different technocrats have argued that video meetings are more difficult to negotiate figures and redraft documents. Hence, a face-to-face summit in Brussels would be an important step to greenlight new fiscal stimulus.

What are the sticking points?

The 27 countries have differences over how much they should borrow from capital markets, with some nations arguing 750 billion euros is too much.

There’s also division over how that money should be distributed and in which form.

“We want to see the money back at one point,” the second official, who works for one of the so-called “frugal” countries, told CNBC.

The “frugal” nations refer to Austria, the Netherlands, Sweden and Denmark. They have been the most vocal opponents to raising such unprecedented amount from public markets and to distribute that money mostly in the form of grants.

In a joint article published in the Financial Times, the heads of state of the four nations, said this week: “There is no such thing as new or fresh money. Money spent will also have to be earned and paid back — by taxpayers.”

In addition, there are other hurdles to overcome, such as what conditions should be attached to the new funds and how European countries will repay for the new debt.

The latter has become an even more complicated subject after the United States announced Wednesday it is pulling out of talks over an international digital tax and threatened retaliatory measures if the region goes ahead on its own.

The European Commission had suggested taxing tech giants could be a way to increase revenues and repay for some of the new debt. However, applying this duty across the EU is now more difficult, without a compromise with the U.S.

The White House has threatened to impose trade tariffs on nations that tax tech giants, as they believe the duty unfairly targets U.S. companies. As a result, European governments face a tough choice between taxing digital giants and potentially starting a trade war with the U.S.