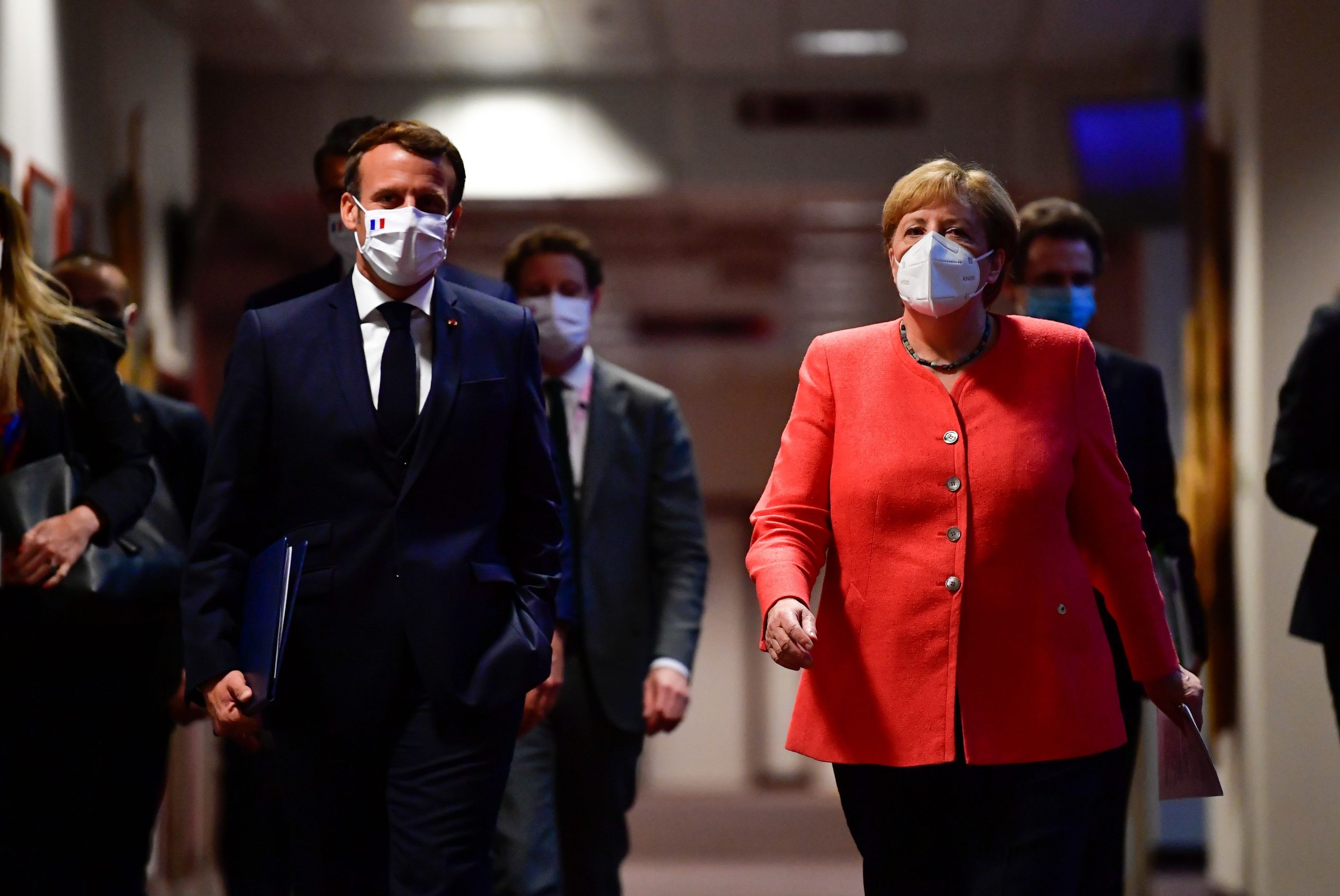 German Chancellor Angela Merkel (R) and French President Emmanuel Macron (L) arrive for a joint press conference at the end of the European summit at the EU headquarters in Brussels on July 21, 2020.

The European Commission, the executive arm of the EU, has been tasked with tapping financial markets to raise an unprecedented 750 billion euros ($ 857 billion). The funds will be distributed among the countries and sectors most impacted by the coronavirus pandemic, and will take the form of grants and loans.

European Council President Charles Michel said early Tuesday that he believes this deal will be seen as a “pivotal moment” for Europe.

“Europe, as a whole, has now a big chance to come out stronger from the crisis,” European Commission President Ursula von der Leyen also said.

The heads of state had been locked in talks since Friday morning to discuss the proposed fund and the EU’s next budget. However, deep differences on how to divide the amount between grants and loans, how to oversee its investment and how to link it with the EU’s democratic values prolonged the talks into one of the longest EU summits in history.

In the end, they agreed to distribute 390 billion euros, out of the total 750 billion fund, in the form of grants — a significant reduction from an initial proposal made by France and Germany in May for 500 billion euros of grants. The EU also agreed that net debt issuance will end in 2026 and that they will repay all the new debt by 2058.

In the meantime, member states will also have to develop plans outlining how they will invest the new funds. These so-called Reform and Recovery plans will have to be approved by their European counterparts, by qualified majority — rather than by unanimity as had been insisted upon by the Netherlands at one point.

In addition to the recovery fund, the EU said its next budget, which will fund initiatives between 2021 and 2027, will total 1.074 trillion euros. The two combined bring upcoming investments to the level of 1.824 trillion euros.

“This recovery fund will help us to almost double the European budget for the years to come,” French President Emmanuel Macron said Tuesday morning.

They committed 30% of their total expenditure from the recovery fund and the next EU budget to address climate concerns. The EU has said it wants to be climate neutral by 2050.

The recovery fund will be available from January 2021 and there will be no new bridge financing until then. This is because the EU has taken other measures since the crisis struck to provide liquidity to the member states if they are needed.

In April, finance ministers had already approved a 540 billion euro package of short-term fiscal stimulus and this comes on top of what the individual governments announced separately for their own economies since the pandemic first struck Europe.

In addition, the European Central Bank is buying government bonds as part of its Pandemic Emergency Purchase Program, which totals 1.35 trillion euros.

European governments will have to find new financial resources to repay for some of the additional debt and this includes new taxes.

The deal states that there should be a non-recycled plastic waste levy introduced as of 1 January 2021 and that a carbon border adjustment mechanism and a digital duty should be in place by 1 January 2023. The latter represents almost a two-year delay from what an earlier proposal suggested in terms of digital taxation.

The latest deal from Brussels opens the precedent for common debt borrowing at the EU level, something that many countries, including Germany, opposed for a long time. Such an oppositional stance has only changed in the wake of Covid-19.

“With the biggest-ever effort of cross-border solidarity, the EU is sending a strong signal of internal cohesion. Near-term, the confidence effect can matter even more than the money itself,” analysts at Berenberg bank said in a note Tuesday.

The European Union is often criticized, and subject to market turmoil, for not having a common fiscal policy as is the case in the United States. Recent surges in anti-EU sentiment in some nations sparked concerns over a potential break-up of the union.

“The EU and the euro zone are not en route towards fiscal union. But they are taking a significant step towards stronger fiscal co-ordination when it matters. The deal sets a precedent. The EU issues debt in a crisis. Expect some common fiscal response to play a greater role in future crises as well,” Berenberg analysts said.