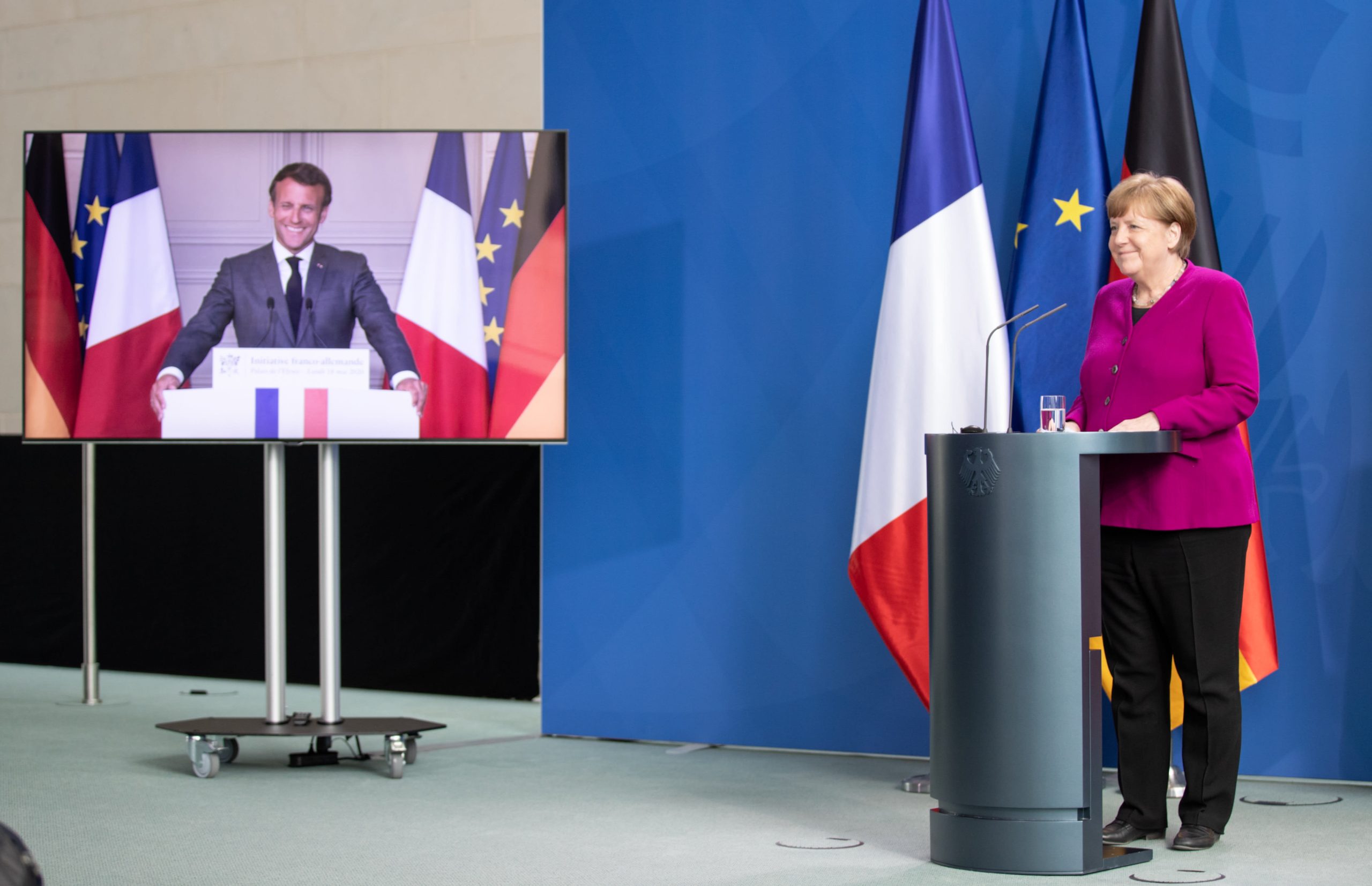 BERLIN, GERMANY – MAY 18: German Chancellor Angela Merkel and French President Emmanuel Macron, seen present live via video, speak to the media at the Chancellery during the coronavirus crisis on May 18, 2020.

EU member states Austria, Sweden, Denmark and the Netherlands stated their opposition on Saturday to a French-German plan for a 500 billion euro ($ 545 billion) coronavirus recovery fund that would issue grants, calling for a loans-based approach instead.

French President Emmanuel Macron and German Chancellor Angela Merkel made the surprise proposal on Monday to set up a fund that would offer grants to European Union regions and sectors hit hardest by the pandemic.

The idea of grants, however, is anathema to the EU’s self-styled “frugal four”, who generally oppose big spending and fear the proposal will lead to a mutualization of member states’ debt.

“We propose to create an Emergency Recovery Fund based on a ‘loans for loans’ approach,” the four countries said in a so-called “non-paper” outlining their position to other member states and released by Austria.

The two-page document listed principles they wanted the fund to adhere to, including “not leading to any mutualisation of debt” and that it be of a “temporary, one-off nature with an explicit sunset clause after 2 years”.

Paris and Berlin, whose agreements often pave the way for broader EU deals, proposed that the European Commission borrow the money on behalf of the whole EU and spend it as an additional top-up to the 2021-2027 EU budget that is already close to 1 trillion euros.

The European Commission is to present its own proposal for a recovery fund linked to the EU’s next long-term budget on May 27 and said it welcomed the initiative from France and Germany.

But the document from the “frugal four” said the Commission predicts member states will suffer an “unprecedented economic contraction in 2020, with only a partial recovery in 2021”.

“Additional funds for the EU, regardless of how they are financed, will strain national budgets even further,” they said.