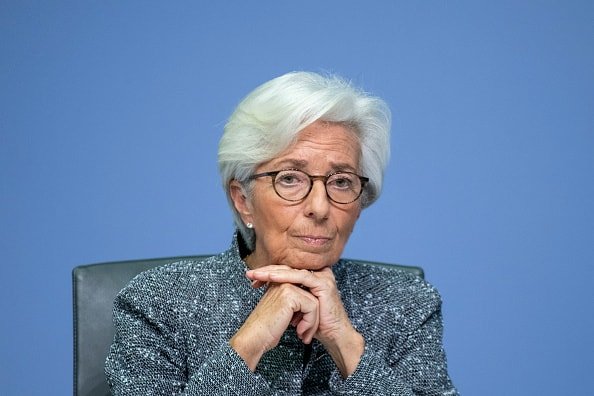 Christine Lagarde, President of the European Central Bank, speaks to the media following a meeting of the ECB governing board at ECB headquarters on March 12, 2020 in Frankfurt, Germany.

The European Central Bank (ECB) is expected to increase its coronavirus crisis asset-purchase program at this week’s meeting, amid fears of falling inflation and the steepest economic contraction since World War II for the euro zone.

In March, the ECB unveiled its Pandemic Emergency Purchase Programme (PEPP), which will see it buy 750 billion euros ($ 819 billion) in euro zone government bonds this year. Analysts are now expecting it to increase that number.

“We see a 60% probability that the ECB will raise its asset purchase target on Thursday, probably by 500 billion euros,” Florian Hense, from Berenberg Economics, wrote in an analyst note.

“Gloomy staff projections for growth and inflation will make it easy to justify such as decision.”

Staff projections for inflation and economic growth are also likely to be downgraded this week, at least in the short â€” and perhaps the medium â€” term.

“(ECB President) Christine Lagarde’s comments suggest that the ECB will adopt a baseline forecast for euro area growth somewhere between its medium and severe scenarios â€” in other words, around -9% in 2020, 5% in 2021 and 3% in 2022, with headline inflation at 0.3%, 1.0%, 1.5%, respectively,” Frederik Ducrozet and Nadia Gharbi, from Pictet Wealth Management, wrote in a note.

Lagarde has stressed multiple times that the central bank cannot be the “only game in town” and might welcome the ambitious European Commission proposal for an EU recovery fund and the fiscal measures taken or discussed across the euro area.

But despite this fiscal response, the ECB is unlikely to stay inactive, as it faces the risk of low inflation turning into deflation and the fragmentation of the euro area.

“Concerns about deflation risk featured more prominently in the account of April’s policy meeting,” wrote Ken Wattret, chief European economist of IHS Markit, in a report. “It was highlighted that since the start of the coronavirus pandemic, the likelihood of inflation being below zero had increased substantially according to option-implied probabilities, pointing to a significant risk of deflation.”

In addition to an increase of the PEPP purchase volume, the ECB has other options. It could change the terms of its tiered interest rate system to be more generous, and could start detailed communication about the reinvestment policy attached to the PEPP program. On top of that, it could also hint at enlarging the asset pool to include credit below investment grade, commonly referred to as “junk” bonds.

“Whatever the ECB does at its regular Governing Council session on June 4 will count more as a signal than a genuine economic stimulus,” Berenberg’s Hense added.

Correction: A quote in this story has been updated to reflect that the ECB is expected to increase its stimulus by 500 billion euros.