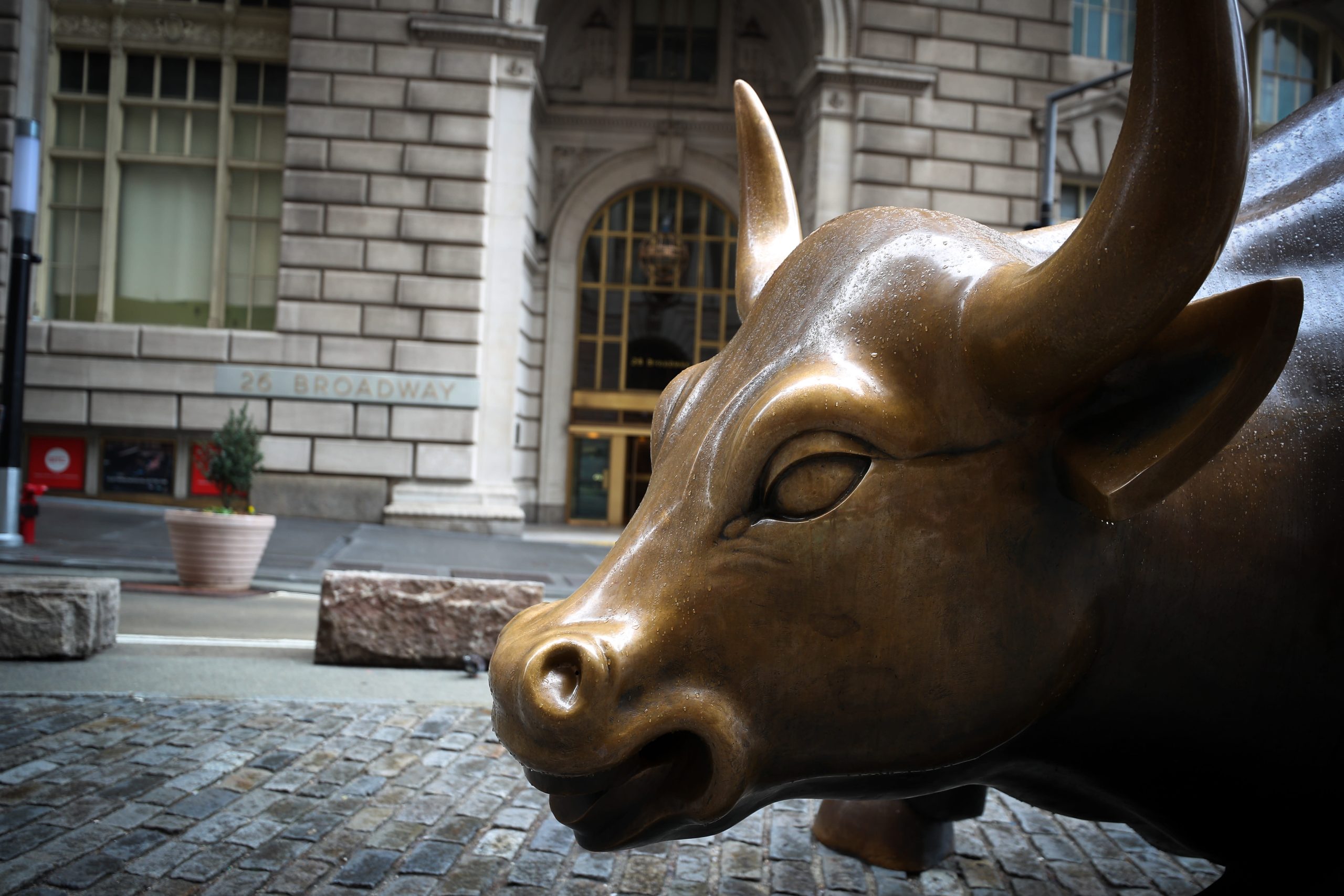 Stocks futures were higher in early Monday morning trade, as oil prices fell, while investors assessed the possibility of re-opening the global economy after the coronavirus outbreak.

Dow Jones Industrial Average futures were up 177 points, implying a Monday opening gain of around 168 points. S&P 500 and Nasdaq 100 futures also pointed to a higher Monday open for the two indexes. West Texas Intermediate futures were down more than 10% at $ 15.18 per barrel.

Wall Street’s coming off its first weekly decline in three as a record plunge in oil prices sent investors for a wild ride. Both the Dow and S&P 500 fell over 1% last week while the Nasdaq Composite dipped 0.2%.

New York Gov. Andrew Cuomo said Sunday the state plans to re-open its economy in phases. The first phase, Cuomo said, would involve New York’s construction and manufacturing sectors. As part of the second phase, businesses will need to design plans for a re-opening that include social distancing practices and having personal protective equipment available.

Cuomo also noted that coronavirus-related hospitalizations have fallen for 14 days and that virus deaths in New York hit a near one-month low. Those comments came as Georgia started to re-open its economy.

“As various states begin to reopen their economies and relax social distancing rules, we will get a glimpse of what the new normal looks like,” said Marc Chaikin, CEO of Chaikin Analytics. “The biggest risk to the stock market is a premature reopening of the U.S. economy which results in an increase in COVID-19 cases and requires an abrupt reversal of these efforts to awaken the economy out of its engineered coma.”

Shelter-in-place orders and social distancing guidelines forced thousands of businesses to shut down starting in March as the federal and state governments tried to contain the coronavirus outbreak. Nearly 3 million cases have been confirmed worldwide with over 900,000 in the U.S., according to data from Johns Hopkins.

The outbreak, and subsequent business closures, sparked a wave of job losses. Data from the Labor Department shows that more than 26 million people have filed for unemployment benefits over the past five weeks.

To be sure, a decline in new virus infections and unprecedented monetary and fiscal stimulus have sparked a massive stock-market rally from the lows reached on March 23. Since then, the major averages are all up more than 20%, with the S&P 500 retracing about half of its decline from a record set Feb. 19.

Investors have also cheered the prospects of Gilead Sciences’ remdesivir as a potential treatment for the coronavirus. On April 16, STAT News reported patients at a Chicago hospital with severe coronavirus symptoms were quickly recovering after being treated with the drug in a trial.

A Financial Times report on Wednesday quelled some of that excitement, however, as it stated remdesivir did not improve patients’ condition during a trial in China. Gilead pushed back on the report and the study it cited, noting the trial was “was terminated early due to low enrollment,” making it “underpowered to enable statistically meaningful conclusions.”

“This drug has become the single most important macro topic/theme/trend in the entire market,” Adam Crisafulli, founder of Vital Knowledge, said in a note. “Investors are dismissing the “flop” headline from the FT and continue to anticipate positive results of some kind out of (at least) one of the many Remdesivir trials now underway (while FDA approval is widely assumed).”

“The present setup is such that Remdesivir anticipation will very likely be more beneficial/powerful than the actual results themselves (the data most likely will show efficacy to some extent in certain instances, but a medical “silver bullet” isn’t about to emerge),” Crisafulli added.