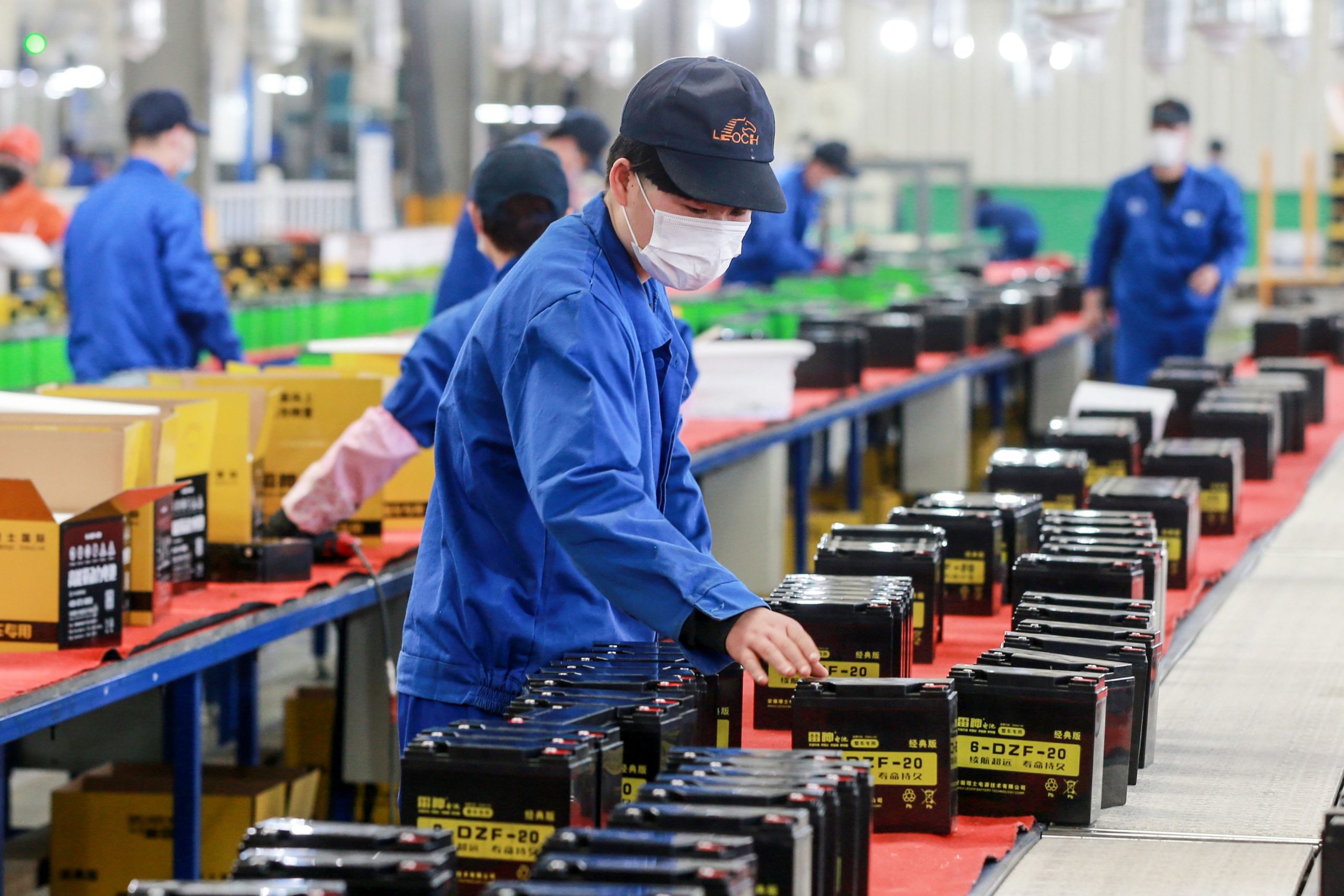 This photo taken on March 30, 2020 shows an employee working on a battery production line at a factory in Huaibei in China’s eastern Anhui province.

China’s economic recovery could cool in the second half of 2020 after its strong bounce from lows earlier in the year, according to Deutsche Bank’s chief economist and head of research for Asia Pacific, Michael Spencer.

“China is clearly advancing rapidly out of the Covid epidemic,” Spencer told CNBC’s “Squawk Box Asia” on Monday. “All of the data since the middle of February have pointed to as near enough to a V-shaped recovery as we’re going to get anywhere.”

The outlook ahead, however, appears to be less clear — according to Spencer — who said the impact of the coronavirus pandemic is “first and foremost” on consumption activity as people are either locked in or choosing not to go out.

“When you look at the Chinese data — excluding cinemas which are still closed and restaurants where people still have an aversion to going into large restaurants — retail sales of goods have almost completely recovered, as of May, to the sort of seasonally adjusted pre-Covid level,” Spencer said.

As a result of the recovery in Chinese domestic demand, he said: “The sequential growth rate is just going to get slower as there’s less of a gap to normal activity to close.”

These double digit declines in GDP in the rest of the world are really gonna hit Chinese exports over the next quarter very hard.

Meanwhile, sales of medical equipment have been a “very important contributor to export growth” over the last few months, though the economist said that will likely “taper off.”

Recent economic data releases have continued to indicate the Chinese economy is recovering. In June, both the official as well as the private Caixin/Markit manufacturing Purchasing Manager’s Index showed an expansion in the sector as compared with the previous month.

Looking at other sources of external demand, Spencer said the tech cycle in China has been the “biggest surprise.”

“The tech cycle was turning positive in the fourth quarter of last year and that was going to be an important differentiator for this region versus the U.S. and Europe, that actually continued and maybe working from home added to that impetus,” he said.

Still, the economist added: “If you look at China’s imports of electronics equipment, which would lead its exports by a month or two, the indication is that this is all going to slow down over the next couple of months.”

“These double-digit declines in GDP in the rest of the world are really going to hit Chinese exports over the next quarter very hard,” Spencer said.