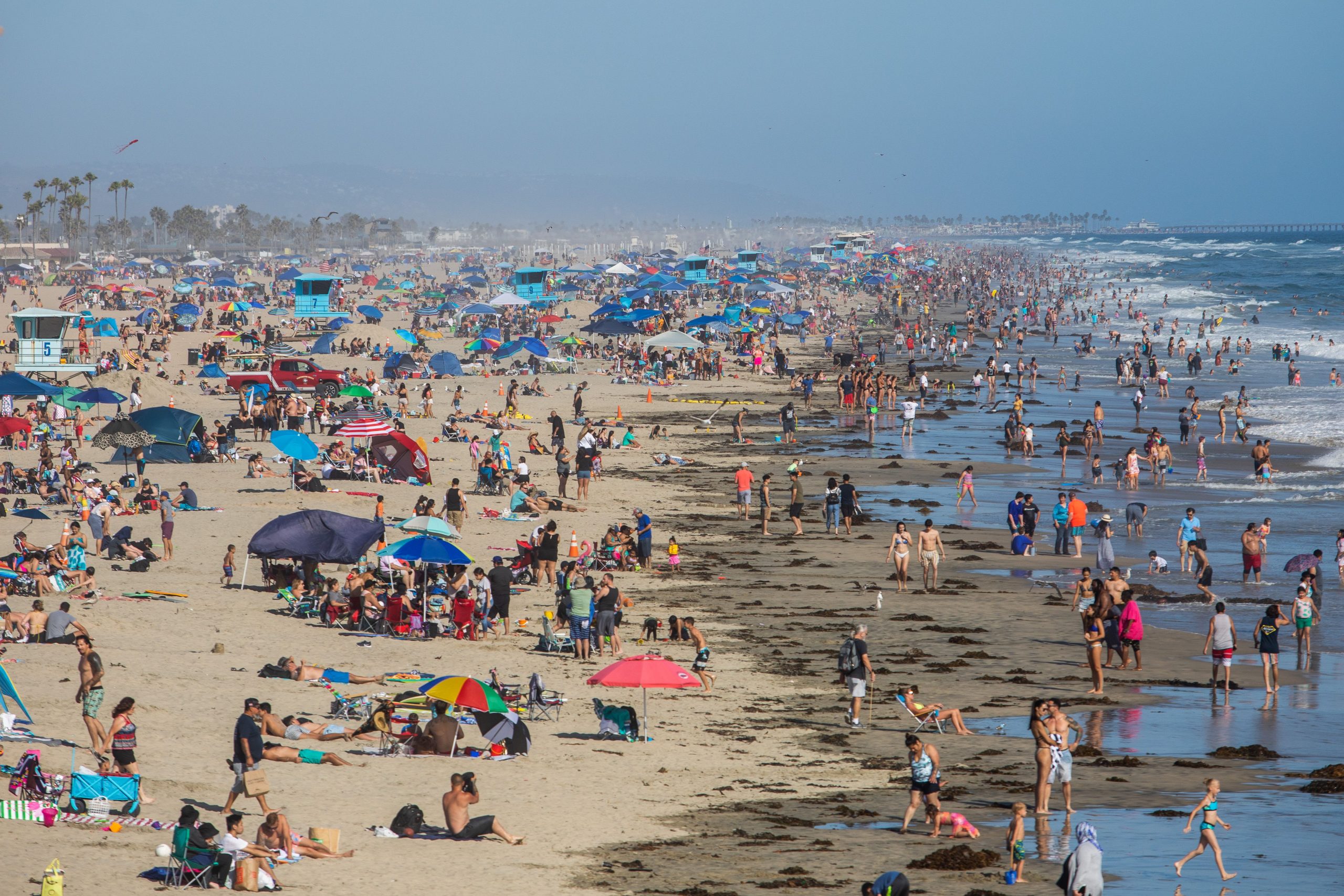 People enjoy the beach amid the coronavirus pandemic in Huntington Beach, California on June 14, 2020.

Countries are very unlikely to impose another full lockdown even though there’s a resurgence of new coronavirus cases in some parts of the world, analysts told CNBC.

The situation is unlikely to be a repeat of March, Suresh Tantia, senior investment strategist at Credit Suisse’s APAC CIO office, told CNBC’s “Street Signs” on Thursday. That was when the pace of virus cases started to intensify in the U.S. and Europe, after first surfacing in China last December.

“This second wave of virus is a concern for investors … but I think the key difference is that unlike last time in March, this time it’s highly unlikely that we would see a shutdown of the global economy,” he said.

“If you look at the March selloff, the reason why markets sold off was not because of the virus concerns, it was mostly because the global economy shut down,” Tantia added. “It’s a concern for the markets, but as long as we don’t see a repeat of March … I think markets will look through this and focus more on recovery over the next few quarters.”

The U.S. saw its highest number of cases in a single day on Wednesday, and reported 45,557 new cases at the end of the day, according to NBC News count. California saw more than 7,000 cases since Tuesday â€” a 69% increase in two days; Florida also reported a record number of new cases. Both states represent two of the largest economies in the U.S.

Locking down an entire country … cost you up to 3% of GDP per month, so even the richest nations on the planet cannot afford another two, three months complete lockdown.

Over in Asia, South Korea said that it’s battling a “second wave” of coronavirus infections around its capital city of Seoul, according to Reuters. In Beijing, authorities reinstated some restrictions as a new cluster linked to a wholesale market in the city broke out â€” the country has since said that situation is under control.

Hartmut Issel, head of APAC equities at UBS Global Wealth Management, also told CNBC on Tuesday that countries are “very unlikely” to go down the path of a total lockdown again.

“Locking down an entire country … cost(s) you up to 3% of GDP per month, so even the richest nations on the planet cannot afford another two, three months complete lockdown,” he said.

The International Monetary Fund slashed its economic forecasts again on Wednesday, warning that governments’ finances will deteriorate significantly as they attempt to deal with the fallout from the pandemic.

It now estimates a contraction of 4.9% in global gross domestic product in 2020, lower than the 3% fall it predicted in April.

The IMF explained that the revised forecasts were due to social distancing measures likely remaining in place during the second half of the year, with productivity and supply chains being hit.

In countries that are still struggling with high infection rates, the IMF expects that longer lockdowns will dent economic activity even more.