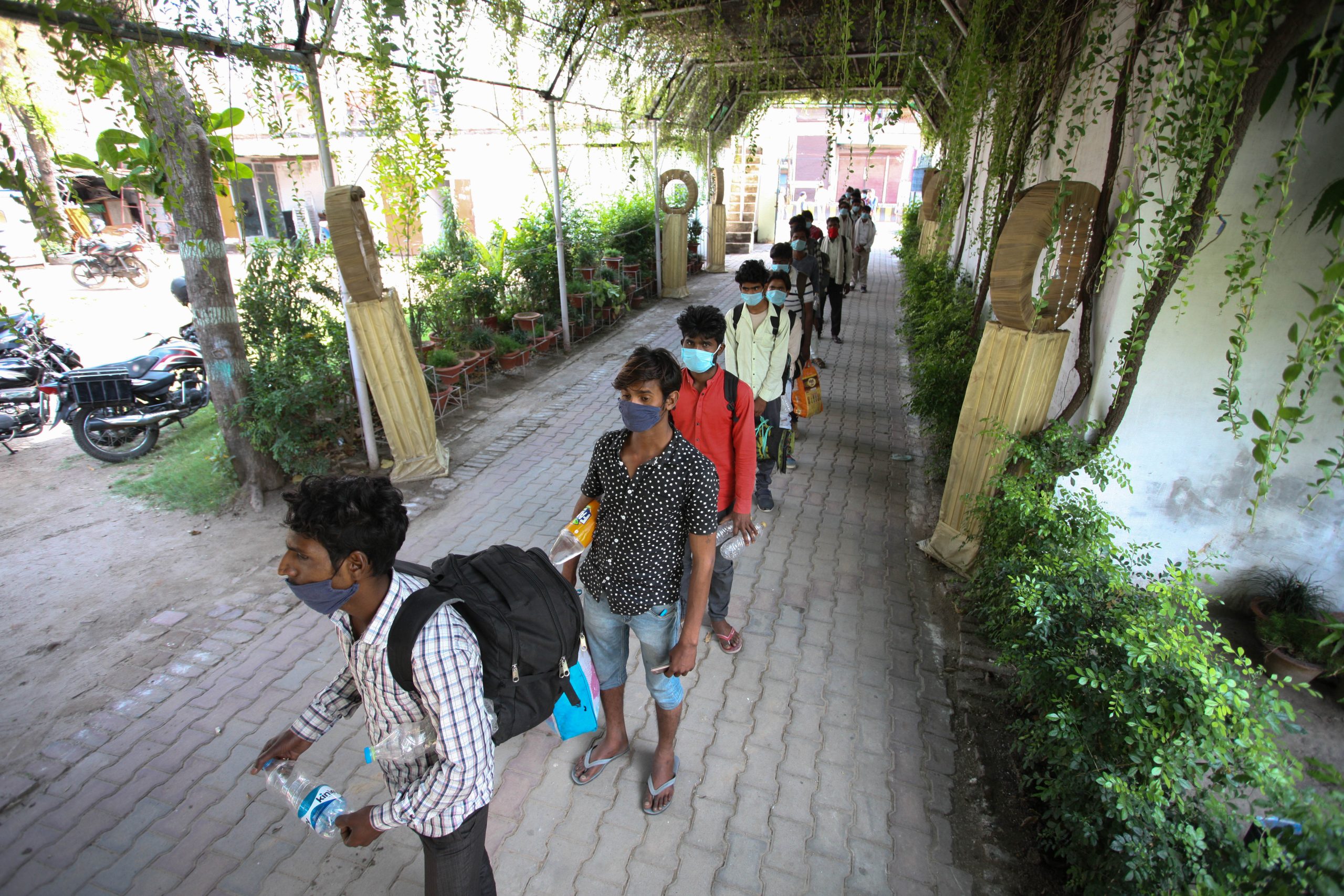 The data above was compiled by Johns Hopkins University as of 9:40 a.m. Beijing time.

Singapore has reported another 465 cases of Covid-19, taking its tally to 27,356, the health ministry said.

Most of the new cases are migrant workers living in dormitories, said the ministry. Those workers, mostly men from other Asian countries, have accounted for a vast majority of cases in the Southeast Asian city-state. — Weizhen Tan

Germany’s total cases jumped by 620 to 173,772, according to the latest data by Robert Koch Institute, a federal government agency responsible for disease monitoring and prevention.

The Italian government is easing travel restrictions imposed due to the coronavirus pandemic, allowing people to move freely inside the region where they live as of Monday, and between regions starting June 3.

The government decree announced early Saturday also permits international travel to and from Italy from June 3.

Italy imposed nationwide lockdown rules in early March after it became the first country outside Asia with a major outbreak of coronavirus. But the government led by Premier Giuseppe Conte has gradually reopened the country as the rates of infections and deaths have fallen.

Social distancing rules are being implemented in the sectors of the economy that have reopened, including factories and some businesses. Schools remain closed and crowds are not permitted, though people will be allowed to attend Mass in churches with some restrictions starting next week. — Associated Press

Migrant labourers stand in a queue for medical checkup after reaching quarantine center at their hometown Allahabad during Government imposed nationwide lockdown as a preventive measure against the COVID-19 corona virus in Allahabad, India on April 27, 2020.

The number of cases in India surged to surpass that of China, climbing to a total of 85,940 infections, according to its health ministry. In the last 24 hours, India confirmed 3,970 new cases and 103 fatalities, according to AP.

India is now the 11th worst-hit country globally, with China falling back to be the 13th most affected (see 10:30 a.m. update), according to data from Johns Hopkins University.

India’s Prime Minister Narendra Modi said Monday that the country would look to ease a nearly seven-week lockdown despite reporting its largest single-day jump in cases this week, according to Reuters. Its lockdown had repeatedly been extended, with the latest until May 17. — Weizhen Tan

South Korea reported 19 new cases, as infections continued to climb following a growing outbreak linked to a number of night clubs. That came after weeks of single-digit or zero infections.

That brought its tally to 11,037 cases, according to the Korea Centers for Disease Control and Prevention. It had two new deaths.

Despite the new night club cluster in its capital city of Seoul, South Korea said this week that it had no plans to restore social distancing rules, which it eased last week, according to Reuters. — Weizhen Tan

China’s National Health Commission reported eight new cases, six of which were imported infections, or attributed to travelers from overseas. That brings its total to 82,941 confirmed cases.

There were no new deaths, with fatalities staying at 4,633, according to the NHC. There were 13 new asymptomatic cases, where patients do not display symptoms of the disease. In all, 561 asymptomatic cases were under medical observation. — Weizhen Tan

The House passed the rescue legislation in a close 208-199 vote, with 14 Democrats voting against the bill and one Republican supporting it.

Passengers wearing protective masks at Estacao da Luz, central region of the city of Sao Paulo, Brazil, on May 11, 2020.

For a second day running this week, both Brazil and Mexico reported record daily highs.

Turmoil in the Latin American country climbed further as it lost its second health minister in a month as the crisis worsened, according to Reuters.

Mexico had 2,437 new cases, according to a Reuters report. That brought its tally to 45,032 confirmed infections.

The country reported 290 more deaths to a total of 4,767 fatalities, the report said. — Weizhen Tan

The 16.4% plunge in April retail sales signals the retail industry will face a  more rapid restructuring with more failures and store closings. Online shopping was the only segment of the retail sector that showed improvement during the month, when most states were shut down.

Economists said department stores were the biggest losers but big box stores, like Costco and Walmart, were not down nearly as much and held their own. Online sales rose 8%. — Patti Domm

Global cases surpassed 4.5 million, with the number of cases in Latin America surging.

Brazil and Mexico both reported record increases in their number of new cases this week, as the infections in other parts of the world such as Europe is slowing.

Confirmed cases in Brazil surpassed that of Germany and France this week. The South American country now has the sixth highest number of infections, with 218,223 cases reported, according to the latest data from Johns Hopkins University. — Weizhen Tan