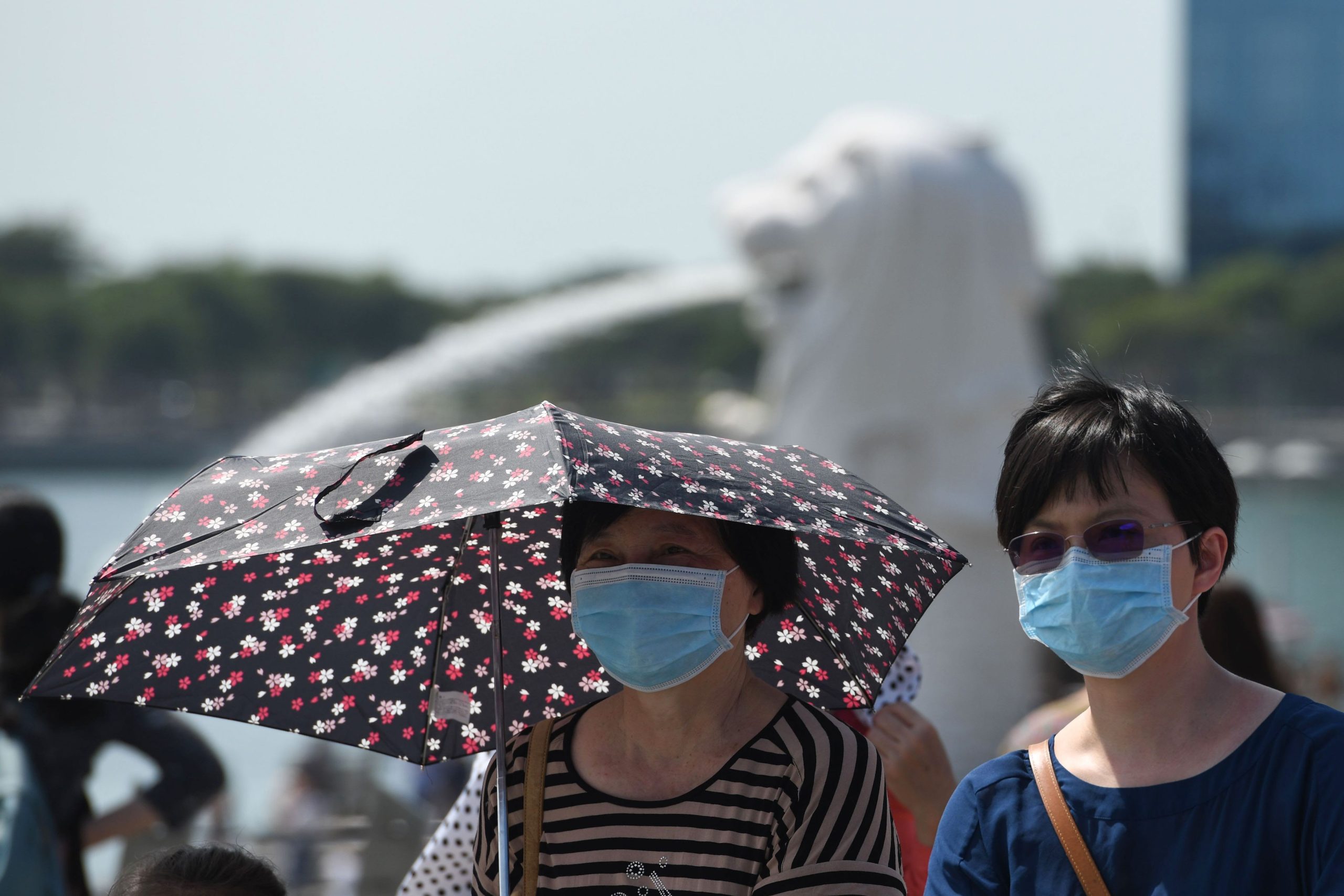 The data above was compiled by Johns Hopkins University as of 11:32 a.m. Beijing time.

It said the “vast majority” of the preliminarily confirmed cases were “Work Permit holders residing in foreign worker dormitories.”

The figure takes the total in Singapore to 17,548.

2:35 pm: New York nurses’ plea for protection against coronavirus dismissed by US court

A plea by a New York nurses’ association to provide adequate protective equipment in the fight against Covid-19 has been dismissed by a US District Court, Reuters reported.

The New York State Nurses Association (NYSNA) had accused the New York Department of Health, Montefiore Medical Center and the parent company of the Westchester Medical Center of not providing a N95 respirator mask each day, as required.

The health department and hospitals argued they were taking necessary actions to protect their workers, according to Reuters.

However, Jesse Fruman, U.S. district judge for the southern district of New York, said Friday that the parties were better placed to come to agreement on the issue outside of court.

“Both sides presumably share the ultimate goal of maximizing protections for healthcare workers on the front lines of the battle against a vicious disease without compromising patient care,” the judge said, according to Reuters.

“The parties are plainly in a better position than either the Court or an arbitrator to find the best ways to achieve that goal despite limited resources and ever-changing circumstances.”

However, he urged the health department and hospitals to act fast in addressing the concerns of the nurses. â€” Bishop

Singapore will start easing some partial lockdown measures this month as new cases in the broader community has dropped, the country’s health ministry said.

Selected activities such as home-based businesses, laundry services and barbers will be allowed to resume operations on May 12, while students will be brought back to school in small groups starting May 19. Some workplaces will also gradually open.

12:02 pm: This chart shows how the number of reported cases has grown globally

Germany’s confirmed cases of the coronavirus disease, or Covid-19, rose by 945 to a total of 161,703, according to the latest data from the Robert Koch Institute for infectious diseases.

Total fatalities due to the virus increased by 94 to 6,575, the institute said. â€” Yen Nee Lee

Two people wearing protective face masks sit at a distance on a park bench on April 16, 2020 in Regensburg, Germany.

India will extend its nationwide lockdown â€” imposed to stem the spread of the coronavirus â€” for another two weeks after May 4, Reuters reported on Friday, citing a statement by the home affairs ministry.

The statement said there would be “considerable relaxations” in lower-risk districts, the report said. But some activities will remain prohibited throughout the country, including travel by air, rail and metro, according to the report.

India, one of the world’s most populous nations, has reported more than 35,000 coronavirus cases and 1,152 deaths as of Friday, according to the Ministry of Health and Family Welfare. â€” Yen Nee Lee

10:40 am: Tesla tells furloughed workers to expect a week or more of unemployment

Tesla braced its furloughed U.S. employees on Friday for at least another week of unemployment, according to a memo obtained by CNBC.

The internal communication, from Tesla’s human resources boss, Valerie Capers Workman, followed an expletive-laced outburst by CEO Elon Musk on a Wednesday earnings call during which he said Covid-19 health orders, effecting his business, were “fascist.”

In Alameda County, home to Tesla’s Fremont car plant, Tesla has been forced to keep its facility operating at a “minimum basic” level since March 24, and unable to produce new electric vehicles. â€” Lora Kolodny

South Korea reported another six coronavirus cases, bringing its total infections to 10,780, according to the latest data by Korea Centers for Disease Control and Prevention.

China’s National Health Commission said there was one new confirmed case of the coronavirus disease â€” which was “imported” â€” and no additional deaths.

Cumulatively, confirmed cases in China stood at 82,875 and the death toll at 4,633, according to the health authority. A total of 77,685 cases have recovered and discharged from hospitals, said the commission.

The NHC also said there were 20 new asymptomatic cases, where people tested positive for the virus but did not show any symptoms. The NHC said there were 989 such cases under medical observation. â€” Yen Nee Lee

9:19 am: Malaysia will ease partial lockdown measures on Monday

From Monday, Malaysia will relax some partial lockdown measures put in place to stem the spread of the coronavirus, Prime Minister Muhyiddin Yassin announced on Friday.

Muhyiddin said almost all economic sectors and business activities will be allowed to resume subject to conditions and standard operating procedures laid down by authorities. Some inter-state travel will also be allowed, he added.

But religious, sports and recreational activities that involve large gatherings will still be banned, and schools will remain closed, said the prime minister.

Malaysia has reported 6,071 coronavirus cases as of Friday, with 103 deaths, according to its health ministry. â€” Yen Nee Lee

Police officers check vehicles at a roadblock on day five of the movement control order amid the COVID-19 outbreak in Kuala Lumpur, Malaysia on March 22, 2020.

There were 113 additional deaths, which takes the total fatalities to 1,972 since the outbreak, according to the report. â€” Yen Nee Lee

7:08 pm: Dr Fauci will not testify at House hearing on coronavirus response

Trump administration health official Dr. Anthony Fauci was blocked by the White House from testifying at a House hearing on the U.S. coronavirus response next week.

White House spokesman Judd Deere said while the administration tries to combat the pandemic, “it is counter-productive to have the very individuals involved in those efforts appearing at congressional hearings.”

California could be “days, not weeks” away from making significant modifications to its shelter-and-place order, the state’s Gov. Gavin Newsom said.

“I feel some confidence over the course of the next week we’re going to be able to make some announcements that will give people some more confidence in the ability for California to get back on its economic feet,” Newsom said.

State officials are “very, very close to making some announcements” that would benefit people in the retail and hospitality industries, including restaurants, he added.

“If we can hold the line and continue to do good work and just avoid the temptation to get back and congregate with people in ways where we can see an increase in the spread, we’ll get there much sooner than many people perhaps think,” Newsom said, according to a report by CNBC’s Noah Higgins-Dunn. â€”Riya Bhattacharjee

Read CNBC’s coverage from the U.S. overnight: California could be ‘days’ away from easing restrictions, NBA postpones draft lottery