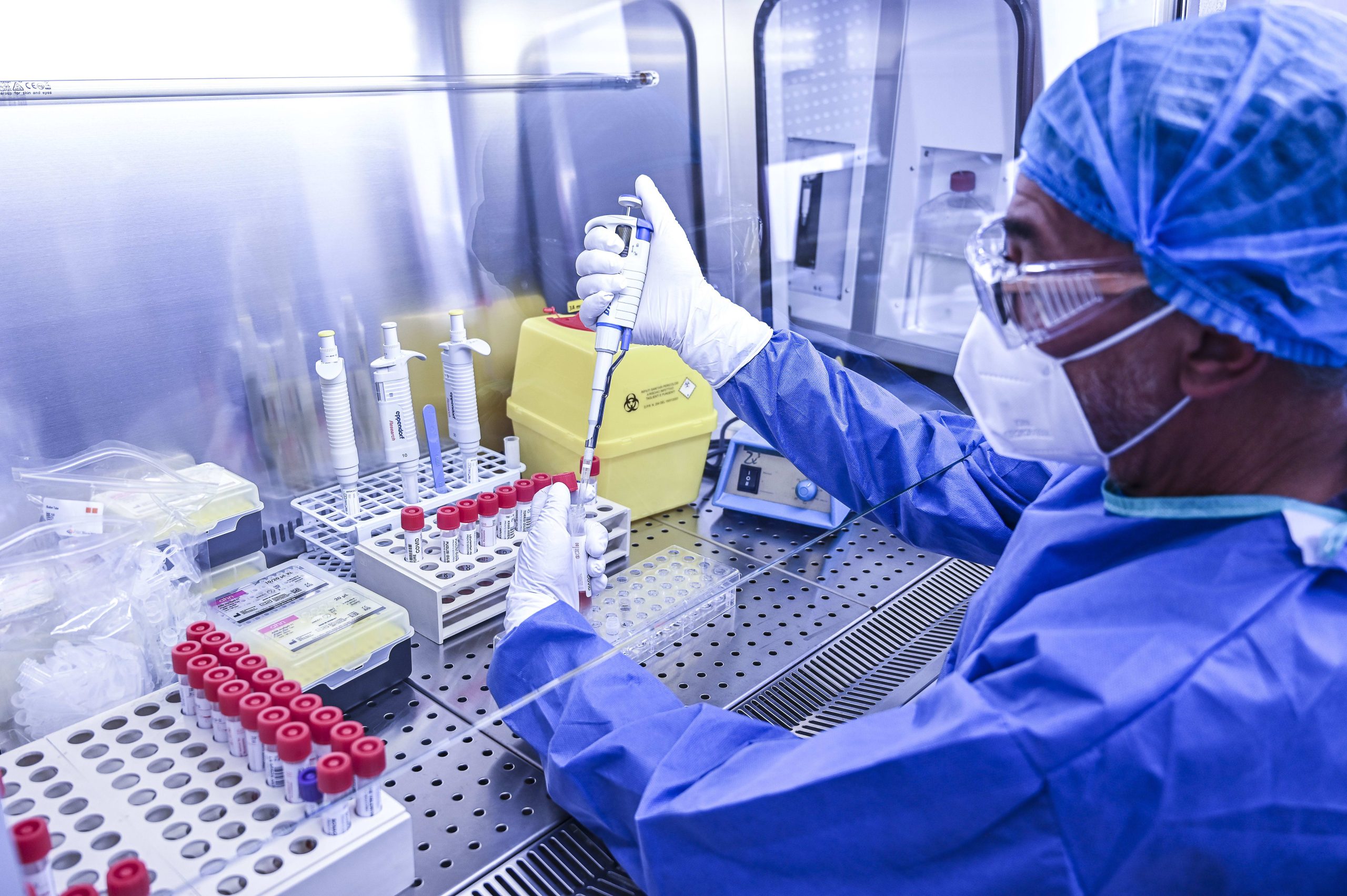 As many U.S. states continue to lift coronavirus lockdown restrictions, some are pausing their reopenings in the face of worrisome data around new cases and hospitalizations. States like Texas, Arizona and Arkansas have seen a surge in infections, calling into question aggressive reopening strategies.

Officials at the Centers for Disease Control and Prevention said Friday additional lockdowns may be needed if rising infection data doesn’t improve, and some researchers are warning the resurgences in some states isn’t even the “second wave” that many feared â€” it’s still just the first.

Cadets march into their commencement ceremony on June 13, 2020 in West Point, New York.

2:50 p.m. ET â€” Despite the coronavirus pandemic, the United States Military Academy at West Point graduated more than 1,000 cadets in an in-person ceremony, adapted with social distancing measures aimed at preventing transmission of the disease.

Cadets left the academy on March 6 when the pandemic hit and only the graduating seniors were allowed to return for Saturday’s event. The cadets, informally referred to as members of “The Long Gray Line,” took their oath at the Plain at West Point instead of Michie Stadium, the usual venue.

Their families and other guests were not allowed to attend. Trump’s speech to the Army’s new second lieutenants comes at a particularly tumultuous time, which the president appeared to acknowledge in his address.

“When times are turbulent, when the road is rough, what matters most is that which is permanent, timeless, enduring and eternal,” Trump said. â€”Amanda Macias

Earlier in the day, Italy’s health minister announced a deal between AstraZeneca and that country as well as Germany, France and the Netherlands. The company’s vaccine candidate will soon move into phase 3 trials having already met benchmarks for efficacy and safety, according to the Reuters report.

Brazil and Russia are among the hardest hit nations amid the coronavirus pandemic, trailing on the U.S. in total infections, based on data from Johns Hopkins University. â€”Sara Salinas

NY Gov. Cuomo: ‘The signs across the country are frightening’

New York Governor Andrew Cuomo speaks inside of the New York Stock Exchange after earlier ringing the opening bell as the building opens for the first time since March while the outbreak of the coronavirus disease (COVID-19) continues in New York, May 26, 2020.

12: 03 p.m. ET â€” New York has reached the lowest number of coronavirus hospitalizations and deaths since the start of the outbreak in March, Gov. Andrew Cuomo said.

Cuomo warned that New York is an anomaly in the country because the state’s numbers continue to drop during a gradual reopening, which is not the case in other states that lifted restrictions and saw a spike in virus cases. Fourteen states have seen a surge in cases of more than 25% in the past week.

“Look around the nation and look what’s going on,” Cuomo said at a press conference. “The signs across the country are frightening … The beast is rearing its ugly head. Be careful.”

New York currently has the lowest rate of transmission in the country. Thirty-two people died on Friday from the virus, the governor said. â€”Emma Newburger

Expiring $ 600 unemployment benefits are essential for some workers

We don’t know how protests are being surveilled. Here’s why that’s a problem

10:15 a.m. ET â€” As activists bring their phones to the streets to document widespread protests for racial justice, some are beginning to fear how they, too, are being documented.

Dozens of lawmakers have called on government agency heads to reveal how they are using technology to track and surveil the protests that have followed the death of George Floyd, a Black man who died after a white police officer knelt on his neck for nearly nine minutes during an arrest. And a sweeping police reform proposal places restrictions on body camera usage and data retention.

Privacy researchers say a lack of regulation requiring transparency around law enforcement’s use surveillance and facial recognition technology makes it difficult for citizens to know what they’re up against. Combined with the digital contact tracing efforts being pushed by public health officials to combat the Covid-19 pandemic, privacy advocates fear a slippery slope into further surveillance that could stifle speech.

In the interim, tech companies that supply location data and facial recognition have taken it upon themselves to stop supplying their technology to law enforcement officials. IBM, Amazon and Microsoft all have taken steps to cut off law enforcement use of their facial recognition tools, citing a lack of robust ground rules. And Foursquare has decided not to make analytics on protest data available to its clients. â€”Lauren Feiner

The molecular biology laboratory of Cannizzaro Hospital in Catania during the analysis of biological samples to detect the presence of Covid-19 on May 22, 2020 in Catania, Italy.

9:21 a.m. ET â€” Italy, Germany, France and the Netherlands have signed a contract with AstraZeneca to provide European citizens with a coronavirus vaccine, Italy’s health minister Roberto Speranza said, according to a Reuters report. The contract will supply 400 million doses of the vaccine.

AstraZeneca’s vaccine is currently in development with the University of Oxford and its experimentation phase is expected to be completed in the fall. Speranza said the first batch of doses would be available at the end of the year, Reuters reported.

EU governments issued a mandate on Friday instructing the European Commission to negotiate advance purchases of promising Covid-19 vaccines. However, it’s unclear if there would be enough money available for these purchases. â€”Sarah Whitten

San Francisco doctors, back from volunteering in NY, issue a warning

“A lot of people are feeling done with this pandemic,” said Dr. Ethan Weiss, a cardiologist based in San Francisco. “They don’t understand this is how it is going to be for a while.”

As states begin to re-open, people are itching to resume life after months of lockdowns. However, the virus is still spreading across the country and public health experts are concerned about the reported increase in diagnosed cases and hospitalizations in some states. â€”Emma Newburger

Your guide to coronavirus testing

Shalonda Williams-Hampton, 32, has her blood taken by Northwell Health medical workers for the antibody tests that detect whether a person has developed immunity to the coronavirus disease (COVID-19) at the First Baptist Cathedral of Westbury in Westbury, New York, May 13, 2020.

How one New Jersey Main St. is preparing to reopen

Village Brewing in Somerville, New Jersey, closed on March 16. Since then it’s been surviving on takeout and delivery orders, which are about 10% of usual business.

9:04 a.m. ET â€” With New Jersey set to shift into its next phase of reopening on Monday, business owners in Somerville are getting ready to salvage what remains of the usually bustling summer season.

Businesses on Somerville’s popular Main St. like Village Brewing and Verve Restaurant have endured more than 12 weeks of closure already, but on Monday, they’ll be able to partially open for outdoor service. Town officials and business owners are petitioning the state to close Main St., a state highway, to traffic so that retailers and restaurants can bring their business entirely outdoors, where the virus appears to spread less easily.

For Somerville, the pandemic hit right in the middle of something of an upswing for the town, which was attracting new businesses and younger residents in recent years. Depending on the severity of the pandemic’s economic impact and the speed of the rebound, the threat could be existential for many on Main St.

“We would be naive to think that any of us, or any district, no matter where you are in the country, is going to come out of this situation completely unscathed,” Natalie Pinero, executive director of the Downtown Somerville Alliance, said. “I think that there is a genuine concern for our businesses.” â€”Will Feuer

The pandemic issued a swift, clean halt to business for many. But returning isn’t as cleanly laid out for business owners like Russ Loub, who runs a steakhouse in the college town of Manhattan, Kansas. Loub estimates coronavirus shutdowns resulted in 4,000 canceled reservations almost instantaneously, and he now wonders what the fall football season will look like with a modified college semester.

“There’s so much unknown. That’s really the most difficult part of it,” Loub told CNBC’s Jesse Pound. “I’m sure if you talk to anyone else, they’ll tell you the same thing. It’s the unknown things that are the scariest.” â€”Sara Salinas

A medical worker in PPE coveralls seen outside the emergency ward at AIIMS, on June 11, 2020 in New Delhi, India.

8:07 a.m. ET â€” India reported 11,458 new cases of the coronavirus on Saturday, the highest single-day increase for the country to date, the Associated Press reports. The jump pushes the nation’s total infections past 300,000 to 308,993.

The Health Ministry recorded 386 coronavirus-related deaths, bringing the total to 8,884, according to the AP.

The nation of 1.3 billion people instituted a strict lockdown in late March, but last week began reopening shopping malls, houses of worship and restaurants, the AP reports. Since reopening, the country has recorded close to 100,000 new cases of Covid-19.

India now holds the fourth highest infection total in the world, behind the U.S., Brazil and Russia, according to data compiled by Johns Hopkins University. â€”Sara Salinas