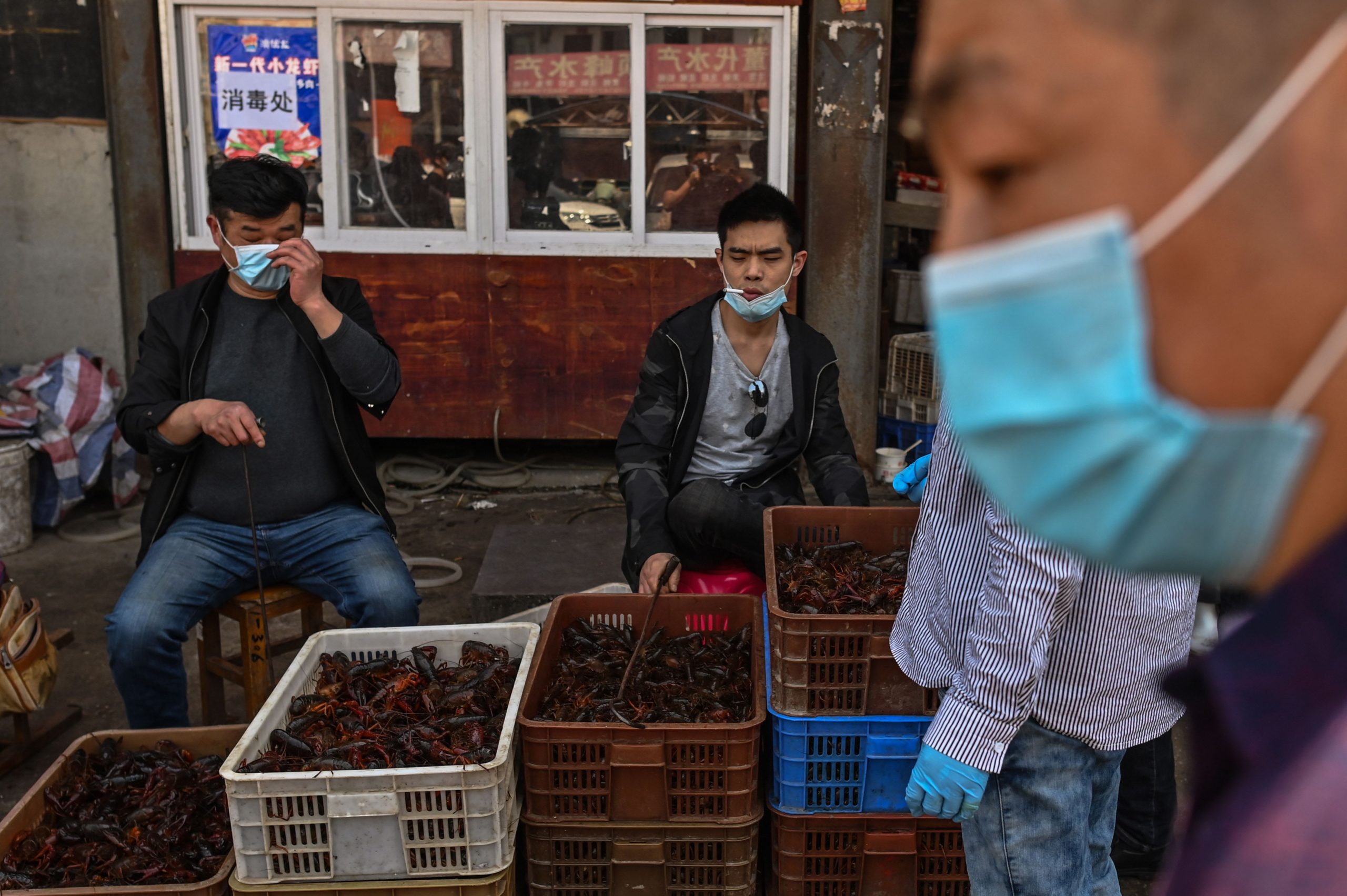 The data above was compiled by Johns Hopkins University as of 8:31 a.m. Beijing time.

Spain lost 288 more people to the coronavirus from Saturday to Sunday, its health ministry reported, but that number represents the country’s lowest death count in a month. Fatalities in the country are now at 23,190, and cases are reported at 207,634, the second-highest globally after the U.S.

3:22 pm: China says all coronavirus patients in Wuhan have been discharged

China announced Sunday that all of the coronavirus patients in the city of Wuhan, the original epicenter of the virus’s outbreak, have been discharged, Reuters has reported.

Singapore’s health ministry on Sunday reported an additional 931 coronavirus cases overnight, taking its total to 13,624. The ministry said that the vast majority of cases are migrant workers living in dormitories. The case number was an increase from that of Saturday, which was 618.

Singapore now has one of the highest infection rates in Asia, thanks in large part to its high migrant worker population of around 300,000 living in densely crowded dormitories.

Canada issued a warning against using chloroquine and hydroxychloroquine without physician supervision.

“Health Canada is concerned that some people may be directly buying and using chloroquine or hydroxychloroquine to prevent or treat COVID-19,” the country’s health department said.

In its late Saturday alert, Health Canada emphasized that no drugs have been authorized for the prevention, treatment or cure of Covid-19. The drugs are typically prescribed for the treatment of malaria and some autoimmune diseases like lupus.

The notice comes after the U.S. Food and Drug Administration on Friday issued a similar warning after reports of deaths and poisonings. On the same day, a research report revealed a study testing the drug as a potential coronavirus treatment was cut short, citing a high risk of death. â€” Christine Wang

South Korea confirmed 10 more cases and two deaths, according to data from the Korea Centers for Disease Control and Prevention. The country has reported 10,728 cases to date and a total of 242 deaths. â€” Christine Wang

10:34 am: Argentina extends nationwide restrictions to May 10

Argentina extended its nationwide social, preventative and mandatory isolation measures until May 10, its health ministry said.

The measures had been in place since March 20 and, prior to the extension announcement, had been scheduled to end on Sunday.

Reuters reported that the country will, however, ease some restrictions such as allowing people to take short walks outside their homes.

Singapore reported an additional 618 confirmed cases as of noon Saturday. The health ministry said 597 of the new cases were work permit holders residing in dormitories.

The report marks the second day in a row that Singapore’s daily new cases were less than 1,000.

Foreign workers exercise on the balcony of their dormitory rooms on April 21, 2020 in Singapore.

In the early days of the outbreak, the city-state had kept cases relatively low. But cases spiked recently among Singapore’s migrant worker population, many of whom live in dormitories. Those workers are typically men from other Asian countries who carry out labor-intensive construction jobs and support their families back home.

To date, Singapore has reported a total of 12,693 confirmed cases and 12 deaths. The health ministry said 1,214 people are currently hospitalized while 10,465 â€” the bulk of current cases â€” are in community facilities. It also said a total of 1,002 people have fully recovered and have been discharged. â€” Christine Wang

China reported 11 new confirmed cases as of April 25, according to its National Health Commission. Of the new cases, six were attributed to travelers coming from overseas. That brings the country’s total cases to 82,827, according to NHC data.

It was also the 11th straight day that the NHC reported no additional deaths, leaving its death toll at 4,632.

A Chinese woman wears a protective mask as she sits on the back of a scooter at an intersection on April 24, 2020 in Beijing, China.

Separately, the NHC said there were 30 new asymptomatic cases, where people tested positive for the virus but did not show any symptoms. It said there are currently 1,000 such cases under medical observation. â€” Christine Wang

Last year at this time, Sabrina Paseman was at Apple working on the design of the Mac Pro. Now, she’s holed up in a San Francisco apartment with another ex-Apple employee trying to address the global mask shortage.

Paseman and Megan Duong are founders of a nonprofit they’re calling Fix The Mask, an effort to create a simple solution to a massive and growing problem. The lack of protective gear amid the Covid-19 pandemic is first and foremost a crisis in the health-care industry, but as states and countries start loosening social-distancing restrictions, the need for masks becomes more acute for people on buses, in stores and in the workplace. â€”Ari Levy

French Prime Minister Edouard Philippe will present the government’s plan to unwind the country’s lockdown to parliament on Tuesday, his office said.

The prime minister’s statement next week will be followed by a debate and a vote.

The lockdown ordered by President Emmanuel Macron has been in place since March 17 to slow the spread of the coronavirus and is due to be lifted on May 11. â€”Reuters