Latest News
Home /Cooking more under quarantine? How to trim your spending 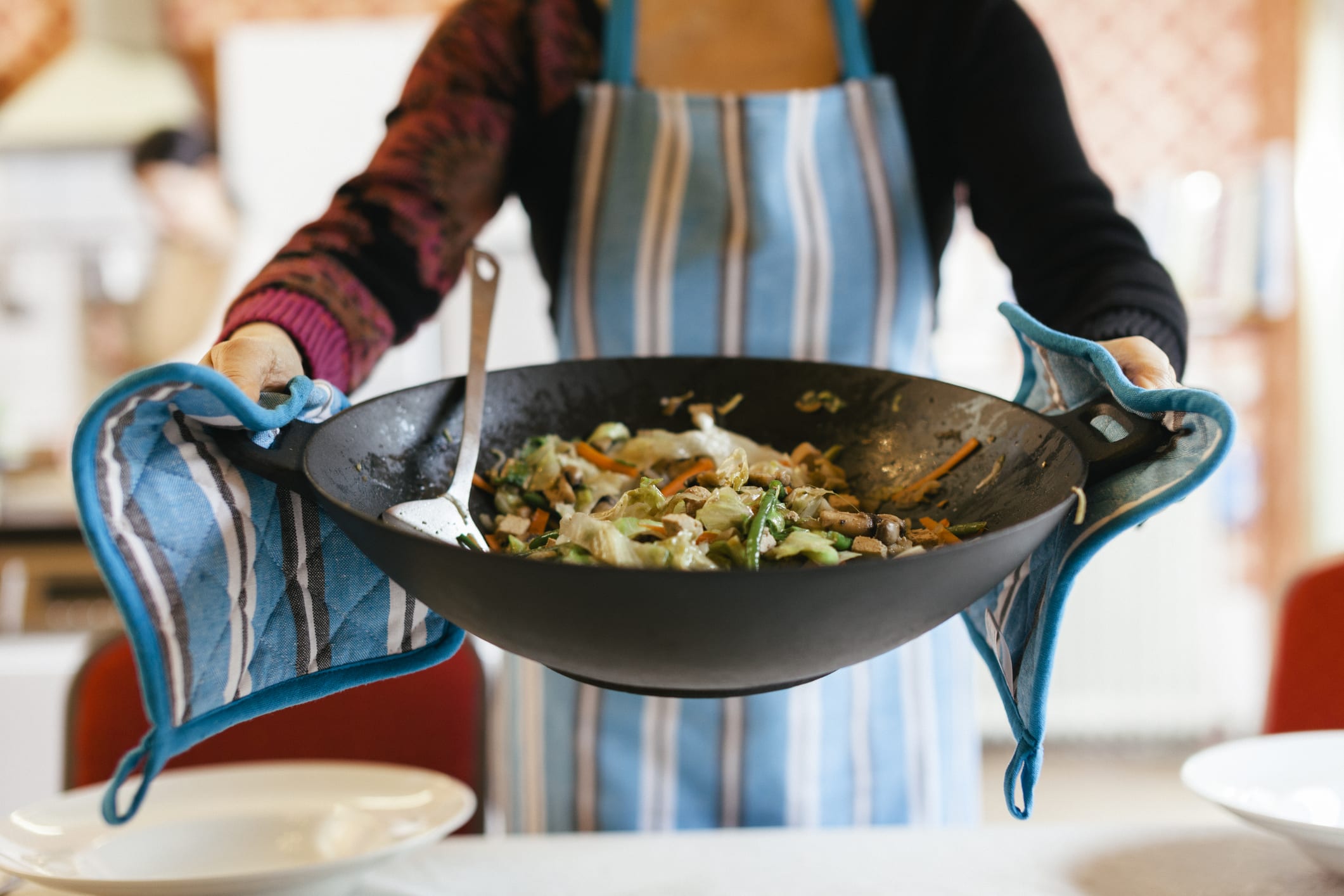 I was raised by a single mother who had no time for the kitchen, and although I wanted to be different, I wasn’t. I became dependent on Grubhub, and the tiny oven in my Manhattan apartment could go months unused.

Since I never had a teacher, cooking intimidated me. Looking at recipes, certain ingredients outright scared me. I couldn’t remember ever eating capers; how could I make a meal with them? Are French beans really from France? Why is it called a Dutch oven if it looks more like a pot? When friends or relatives turned out impressive meals, I felt a kind of awe, looking at their chicken piccata or vegetable lasagna as I would a Picasso or Van Gogh.

Then the coronavirus pandemic hit, and I was forced to confront my discomfort with the kitchen. I’m glad I was. I love cooking! Finding and then following a new recipe each night has become a ritual I can depend on when almost everything else is uncertain. I don’t know when I’ll be able to see my best friend again, or be back at my desk at work, but I do know that if I lay a steak in a pan with garlic, salt, pepper and butter, it’ll deliver brief bliss. Every time.

Yet lately that happiness has been followed by some guilt at how much I’ve been spending preparing all these meals. In fact, it seems my food budget has only increased from my kitchen-challenged days.

When I landed on a recipe for miso chicken, I didn’t have any of the ingredients and ended up buying a $ 15 large bag of miso paste, when I only needed half a cup, and a $ 10 jar of honey, when the instructions called for just two tablespoons.

A Greek salad recipe listed nearly a dozen herbs and vegetables, none of which I had in my refrigerator, and all of which I bought and used just a drop of. I became a little steak-crazed for a period, trying out recipe after recipe, and spending more to make it at home than I’d probably end up forking over at a nice restaurant (remember those?).

Something had to change. After all, wasn’t saving money one of the major benefits of cooking at home? I spoke to some experienced foodies about how this novice cook could trim her spending. Here’s what they told me.

While recipes are “technical road maps” that help us create new and exciting dishes, they can quickly lead to overspending, said Daniel Gritzer, culinary director at Serious Eats. That’s because you buy ingredients you’re only going to cook with once or twice. Case in point: I recently made pepper steak and had to a purchase a bunch of parsley when I needed only a few sprigs.

“That stuff ends up dying in our refrigerator before we figure out how to use it,” Gritzer said.

Pork chops with mushrooms and mustard

To limit the number of meals you make from a new recipe each week, he said, peruse the formulas for inspiration rather than exact instructions.

“Get ideas: ‘I don’t have chicken, but I have tofu,'” he said. “Are there larger lessons to be squeezed out of them than the exact dish being made?”

Sara Lundberg, who runs the Budget Savvy Diva blog and writes on cooking, agreed. “There is rarely an ingredient you have to use or can’t substitute,” she said.

Although it can be a little nerve-racking to go off script, it can also be fun, Gritzer said. “Think about what might taste good together, and then try it,” he said. “That’s how people are going to become better cooks.”

Think about what might taste good together, and then try it.

Another alternative to recipes is a practice Gritzer calls, “component cooking,” in which you buy ingredients in bulk and prepare parts of a meal that can be used again and again.

For example, Gritzer bought recently several pounds of plum tomatoes. He lay them on a baking sheet, sprinkled them with salt and olive oil, and dehydrated them in the oven until they were roasted. One night, he could serve them with roasted chicken. On another, he can use them for a tomato sauce, and then later a risotto dish.

“I didn’t follow a recipe; I just cooked a whole bunch of tomatoes, and found something to do with them,” Gritzer said.

Some food wholesalers, which aren’t able to sell as many of their ingredients to restaurants right now, have started offering home deliveries, Gritzer said. And so he bought a case of oyster mushrooms this month for $ 30 and has been able to “easily make eight different meals where mushrooms were a component.”

Radishes, arugula and tarragon on a baguette

The ingredient I’ve definitely been spending the most on: meat. One night, I was inspired by a recipe for Parmesan-crusted lamb chops, but left the supermarket dejected when I saw that two (tiny!) chops cost $ 20. If I’d made all eight that the recipe called for, I’d be out $ 80.

To save money on meat, Gritzer recommends the “condiment approach,” or to use meat more as a dish’s “supporting player.”

For example, he recently poached chicken and served it studded with lentils. “There are so many tricks to make dishes seem meatier than they are,” he said. Stir-fries are another great example, he said.

Meanwhile, he also recommended looking for cuts of meat that are less in-demand and therefore not as pricey. With beef, he said, shoulder cuts tend to be more affordable. So are the cheeks, he said.

Instead of buying costly lamb chops, he recently bought a leg of lamb for $ 50. He roasted it and has since used it for his family in four different meals.

“The per-meal cost was reasonable,” he said.

Make the most of what you already have

On Recipeland.com, you can input the ingredients you have sitting in your refrigerator and pantry and it’ll spit back ideas on what you could make, said Lundberg.

Even if a meal has little remaining when you’re done, try to find a role for it.”You can throw most leftover meals in a pan and scramble in a few eggs for breakfast,” Lundberg said.

Chef and author Cat Cora recommends stocking up on freezer items and shelf staples during the pandemic, including rice, pasta, canned beans and jarred items.

“These tend to be less expensive, last longer and are still delicious,” Cora said.

More from Personal Finance:
Here’s what to do if you suddenly can’t pay for college
Colleges extend decision deadline due to coronavirus
Coronavirus may drive high school seniors to in-state colleges

If you’re not good at using leftovers, she added, scale the recipe down to the number of people for whom you’re actually serving.

You can even be crafty with a lack of kitchen tools, Gritzer said.

I told him I was at a loss the other day when I realized I didn’t have the rolling pin a recipe for chicken Parmesan said I would need to flatten the breasts before I breaded them.

“You could have bought a meat pounder, but I’d wager you have a heavy skillet,” Gritzer said. “You can totally slam a piece of chicken with something like that.

“Look around your kitchen, and ask: ‘What can I use?'”