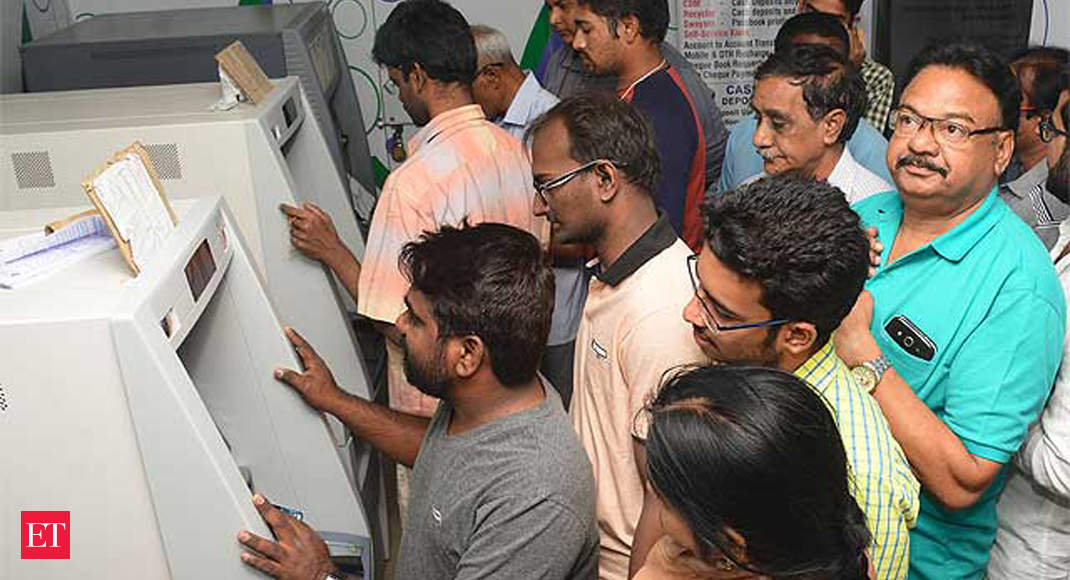 Mumbai: Cash withdrawals from automated teller machines (ATMs) nearly halved to about Rs 1.27 lakh crore during April, mainly on account of the impact of the coronavirus-induced lockdown. The withdrawals were Rs 2.51 lakh crore in March.

According to data released by the RBI in monthly bulletin for June, the number of transactions or cash withdrawal volume from ATMs also declined 28.66 crore in April from 54.71 crore in the previous month.

April was the first full month of lockdown, due to which movements were restricted in a majority parts of the country.

The number of transactions through ATMs using debit cards also fell to nearly half to 28.52 crore in April, compared with 54.41 crore in the preceding month, the data said.

The number of transactions at micro ATMs using the Aadhaar-enabled payment system more than doubled to 875.54 lakh in April from 344.98 lakh.

Meanwhile, according to an article published in the monthly bulletin for June 2020, net financial assets of Indian households after having moderated in 2018-19 gathered pace in 2019-20, touching the levels reached in 2017-18 at 7.7 per cent of GDP.

The improvement has occurred due to moderation in household bank borrowings being sharper than those in bank deposits, it said.

As per the article, households’ gross financial liabilities turned negative in the first quarter of 2019-20 owing mainly to contraction in borrowings from commercial banks but picked up thereafter and peaked in the fourth quarter of 2019-20, reflecting apart from the seasonal uptick, higher borrowings induced by COVID-19-related hardships.

Both financial assets and liabilities of households remain bank-centric, with some shift in favour of mutual funds and insurance in recent quarters.

“A seasonal pattern is discernible in at least three financial instruments, namely, currency and bank deposits on the assets side, and bank borrowings on the liabilities side,” it said.