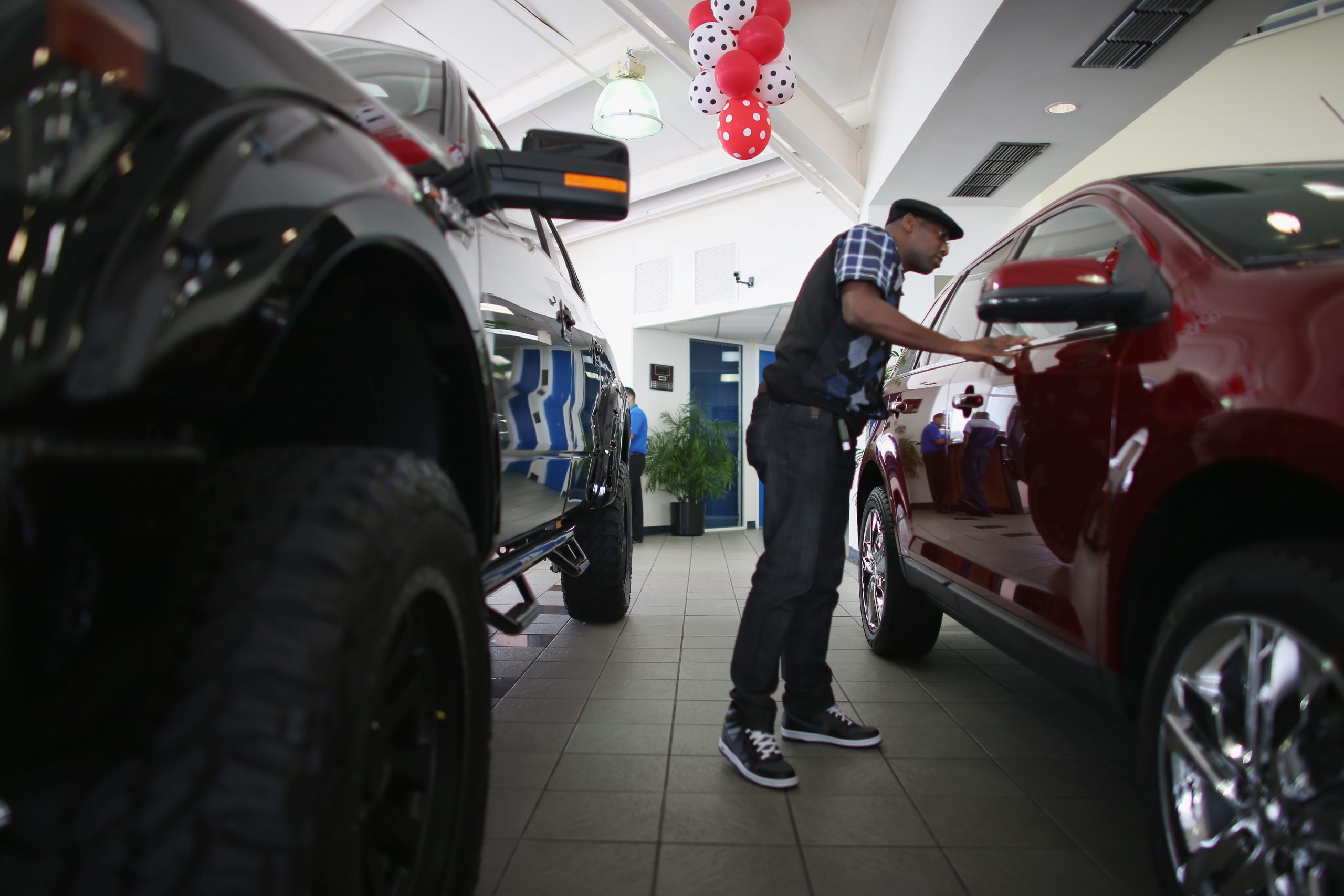 Black American consumers are hoping to make the financial and economic community pay attention Tuesday by using the power of purchase — or as the case may be, non-purchase.

Blackout Day is a movement that urges Black consumers, and others, not to spend even a dollar at a non-Black-owned business or brand on Tuesday. The campaign was started by activist Calvin Martyr to use the power of the purse in order to draw attention to the need for equal financial and economic opportunity for Black Americans.

The median family income by race in the U.S. shows Black Americans still fall far behind other race populations, according to the latest data available from the U.S. Census Bureau. Black American median income as of 2018 is $ 41,692 the lowest of all groups. Asian American households by contrast have the highest median income of $ 87,194, followed by white households at $ 70,642. Hispanic median household income in the U.S. is $ 51,450.

Black Americans make up one in nine workers overall in the U.S. labor force, but one in six front-line industry workers, which tend to be lower paying jobs, according to a study by the Center for Economic and Policy Research. Nearly one in five Black men work in the military, and are 112% more likely to have, or continue to serve, than the average U.S. adult, according to Nielsen.

Despite making up 14% of the total U.S. population, Black households account for only 10% of total spending, or $ 1.39 trillion in 2019, according to Nielsen.

However, purchasing power within the Black community has gone up 108% from 2000 to 2017, more than any other race, Nielsen said. Black consumer spending is expect to grow to $ 1.8 trillion by 2024.

Black consumers also outspend other groups in certain consumer categories, particularly in personal care and beauty. Nielsen data shows Black American consumers buy around 86% of all ethnic hair and beauty aids, more than 22% of women’s fragrances and 20% of men’s toiletries.

Makeup seller Sephora is responding to Blackout Day by closing its stores from 10 a.m. to 12 p.m. local time to allow employees time for training and the opportunity to discuss racial profiling as well as a racial bias study the company commissioned.

The impact the Blackout Day movement will have on the retail sector is unknown, but some experts believe it will increase over time with awareness and participation if it becomes an annual or otherwise more frequent event.

“The spirit behind the initiative is admirable and likely to result in wide participation beyond just the cohort of Black American consumers,” Greg Portell, lead partner at Kearney’s global consumer practice said. “The message is simple and makes it easy for a broad base of consumers to participate. Small Business Saturday provides a model for what the impact could be as consumers have shown to be willing to focus their shopping.”

Small Business Saturday is an annual shopping event that takes place the Saturday after Thanksgiving, as holiday shopping kicks into full gear.

Portell acknowledged there are some challenges that add complications for well-intended consumers, including how to define what is considered a Black business, and access to the information.

To the extent that a business or brand is more readily or easily identified as a Black business, Portell anticipates “the boost to Black-owned business should be meaningful” so long as businesses are prepared with extra inventory, staff and other preparations for an uptick in business.

Brands and retailers need to pay attention. Black consumers are more socially aware than others. Thirty-eight percent of Black Americans aged 18-34 want brands to be socially conscious, and 41% of Black consumers, 34 to 41 years old, are looking for that qualification when making purchase decisions. That is 4% and 15% more, respectively, than the general population, according to Nielsen.