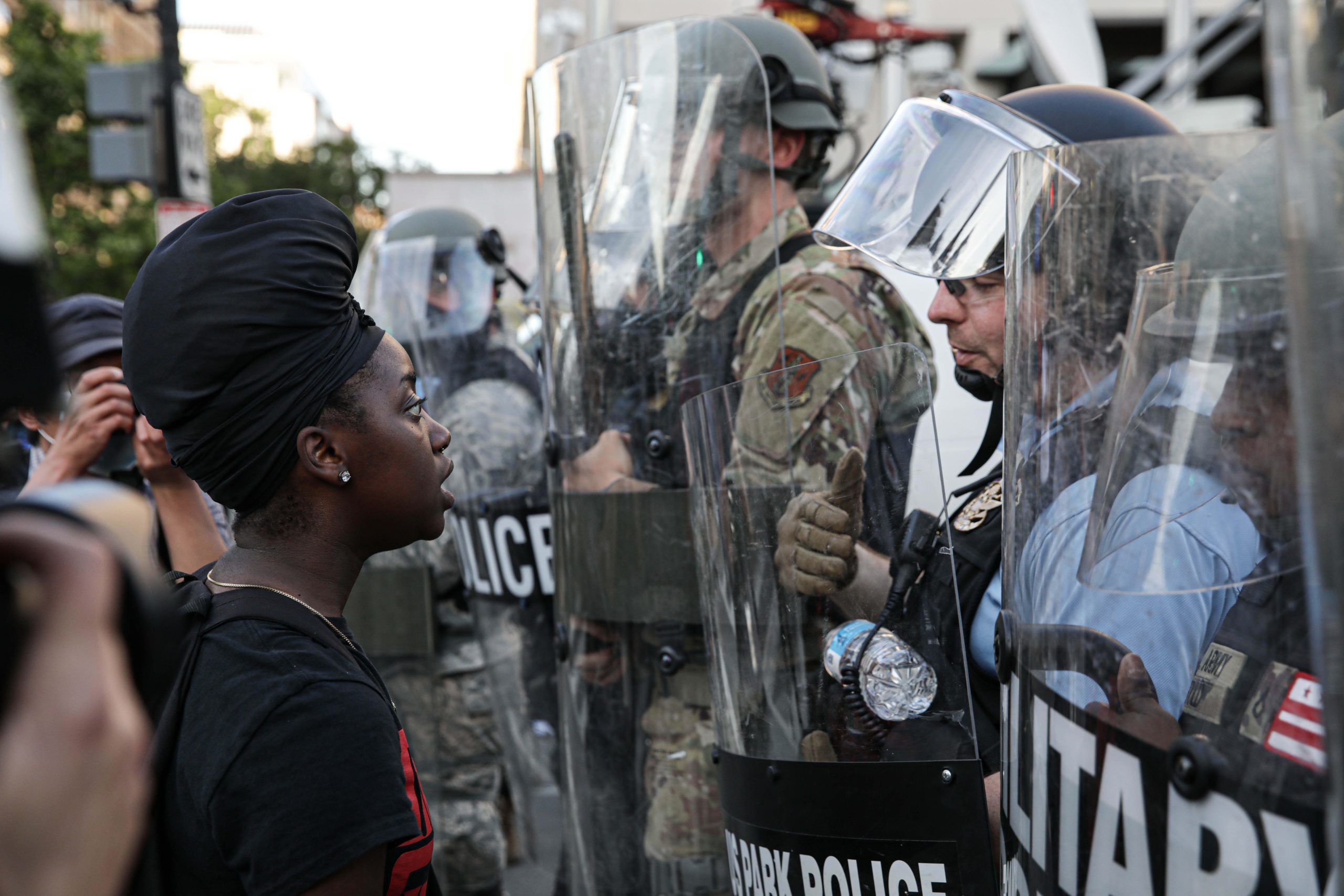 Corporate and nonprofit leaders are echoing the anger, pain and frustration expressed by many Americans after the death of George Floyd, the 46-year-old black man who died in police custody in Minneapolis on May 25 after a white officer kneeled on his neck for more than eight minutes.

On Monday several black leaders in business and finance voiced their reaction to CNBC over the incident, agreeing the unrest that has transpired across America over the past several days is a result of both racial injustice and racial disparity in income and wealth between African Americans and whites in the U.S.

“So much of this unrest, this civil unrest, is tied to economic inequality. That’s just a fact. We need to move the needle on this economic inequality,” said Mellody Hobson, president and co-CEO of Ariel Investments and a member of the board of directors at Starbucks, JPMorgan Chase and Quibi.

“The role of the CEO and the role of the corporation has changed, and while many may want to sit out on these issues, they can’t. They literally can’t,” she said.

Security forces block the road as protesters gather near Lafayette Park ahead of President Trump’s trip to St. John’s Church in Washington, United States on June 2, 2020.

Statistics from a recent study by McKinsey & Co. on the economic impact of the racial wealth gap are staggering. According to the report, black Americans can expect to earn up to $ 1 million less than white Americans over their lifetime; the median white family had more than 10 times the wealth of the median black family in 2016, a figure that many economists contend will continue to spread. Further, 65% of black Americans live in 16 states that score “well below the national average” in terms of health-care access, public health and economic opportunities â€” three areas shown to accelerate wealth generation.

A crisis ‘brewing for hundreds of years’

As scientists and health-care companies try to come up with effective treatments and preventative measures to stop the spread of Covid-19, corporate leaders say another crisis is continuing to accelerate: the racial wealth gap.

“This crisis has been brewing for hundreds of years, and we’re going to have to really step up to it,” Merck chairman and CEO Ken Frazier said Monday on CNBC’s “Squawk Box.”

As a child growing up in Philadelphia in the 1960s, Frazier, 65, was among inner-city African Americans bused out to schools more than an hour away. He said that “rigorous education” put his life on “a different trajectory.”

To close the “opportunity gap” that still exists today, Frazier said, “Financial literacy is critical. Education is critical. That is the great equalizer.”

Strategies to close the gap

Financial education and job training, as well as tax incentives, are among the strategies Frazier and other black financial leaders suggested could help close the racial wealth gap.

“We need to acknowledge that there are huge opportunity gaps that are still existing in this country,” Frazier said. “There are 5 million inner-city and other African-American kids who want access to the economy. They want to be participants. They want to be citizens. … What they lack is education. They lack the education, and there are opportunities.”

He points to Year Up as one program that is working to provide opportunities for black youth.

“They have to show up on time every morning. They have to dress a certain way. They have to learn certain skill sets, and after that six months, they graduate and get placed into internships, entry-level jobs,” Frazier said. “We’re not putting people in charge of our laboratories, but these are important jobs. If they succeed in their six-month internship, they get hired.”

Financial literacy entrepreneur John Hope Bryant, founder and CEO of the nonprofit Operation HOPE, agreed job readiness is critical. He has advocated for Congress to pass bipartisan legislation providing significant tax benefits for individuals and companies that provide internships and apprenticeships for individuals and youth coming from underserved communities, as part of what he calls “The New Marshall Plan.”

Bryant also has been urging congressional leaders to expand and deepen the Earned Income Tax Credit for workers making $ 60,000 or less.

‘The living wage helps everybody’

“The Earned Income Tax [Credit] is how to get a living wage around African Americans. The living wage helps everybody. All we do is take that money, put it back in the economy, help the investor class,” Bryant said.