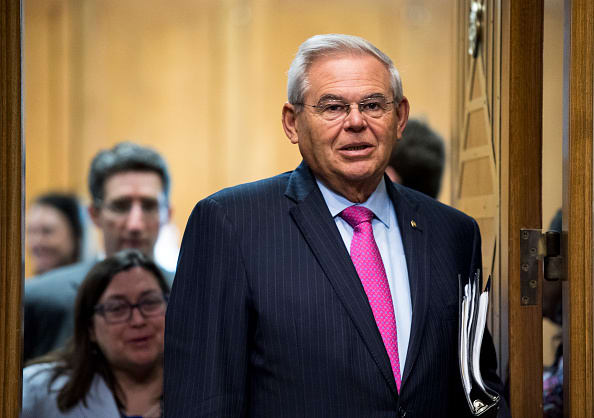 Sens. Bob Menendez, D-N.J., and Kevin Cramer, R-N.D., have introduced a bill prohibiting retailers from declining cash payments from customers, as businesses promote “contactless” digital payment as they grapple with the coronavirus pandemic.

Retailers and mall owners, including Nordstrom and Simon Malls, have encouraged the use of contactless transactions such as Apple Pay to minimize the risk of spread in their stores and properties. But the senators warned that should any retailer ban cash entirely, it would be discriminatory at a time when many Americans are facing financial hardship.

About 20% of U.S. households have no or limited access to checking and savings accounts. Of those households, about 6% are “unbanked,” meaning they have no access at all. Fourteen percent of unbanked Americans are Black, 11% are Hispanic and 4% are White.

And as weekly jobless claims grow by the millions, the number of Americans without access to bank accounts may rise.

“While I fully understand that businesses have expanded their contactless payment options during the pandemic, refusing cash discriminates against certain populations and denies people equal access to the same goods or services,” said Menendez in a statement

The Payment Choice Act targets businesses that refuse to accept cash as payment, post signs stating that cash will not be accepted or charge a higher price for cash over other forms of payment. It proposes a maximum fine of $ 2,500 for the first offense and $ 5,000 for the second.

State governments also have legislation prohibiting card-only policies, targeting the retailers and restaurants that were experimenting with ways to minimize cash before the pandemic. Massachusetts already bans retail establishments from discrimination against cash buyers.

Companies have sought to speed up their operations and compete against the efficiency offered by technology giants like Amazon. While credit cards often result in fees for businesses, cash can be more cumbersome and timely to manage.

Sen. Kevin Cramer, R-N.D., stops to speak to reporters as he arrives for the Senate Republicans weekly lunch on Tuesday, June, 9, 2020.